Seekers and Guides: The Importance of Remembrance 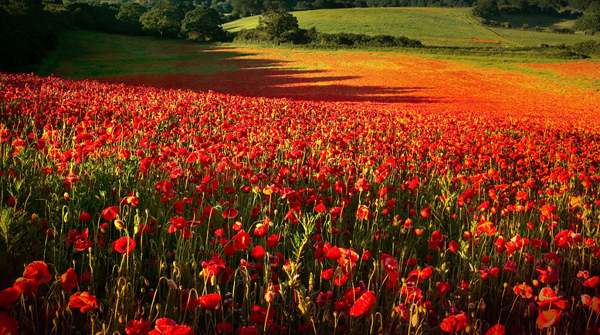 Forgive me: I lied to you in my last column.  I said I was going to write an article about embracing contradictory truths in the Craft.  I’m moving that to the next one because I didn’t realize that this column would appear on the 11th of November.  In Canada we call this day “Remembrance Day,” and it’s a pretty big deal for us culturally.  It’s not just a bank holiday, like Veteran’s Day in the US.  Though it is that, we also take time as a culture, in our schools prior to it and at our daily grind otherwise, to observe a moment of silence for the dead of our many World Wars, to which we now must add the Gulf War and the War in Afghanistan.  As children in school, we make construction paper poppies and listen to the stories of soldiers.  As adults, often we stand in the rain with our veterans, solemnly clad in their uniforms and their medals, and we try to give their experience meaning and find hope in a time of darkness.

I think as Pagans, it is especially important that we engage in this practice of remembrance.  Whatever your view on war (some traditions strongly respecting the warrior path, such as the Asatru; some being adamantly opposed to war, such as Reclaiming Witches), our empathy for the experience of it is a valuable service we can contribute to our culture and the world.  The many reasons connect to the uniquely Pagan experience of our spirituality.  Now granted, these are all generalizations; and as such, not everyone will fit these moulds.  But we seem to have these commonalities that make remembrance, especially of powerful and terrible events such as war, much more immediate and intense.

Respect for Our Roots

Many of us are called to Pagan paths because we feel a strong ancestral connection.  Even the modern religion of Wicca draws its roots from the ancient Pagan practices of Europe.  All but the most dedicated Reconstructionists agree we can’t exactly practice the same religion that our ancestors did; cultural and historical context, technology and needs are completely different.  But something about those “Ancient Ways” draws us anyway.

For that reason, we have a natural connection to those ancestors that I believe gives us a special respect for the reality of their experience.  To Pagans, history isn’t an intellectual exercise.  It is a process of evolution that shapes who we are now as much as personal history and psychology do.  Historical events aren’t just a series of statistics for us, and our ancestors aren’t just names; we know they were real people, just like us, who suffered and bled and loved and lived.  So we internalize and appreciate some of their experiences in a way that many paths, especially in North America, often do not.  And because we look to our roots to understand why we are the way we are, we also ask ourselves why our ancestors were the way they were.  This particular approach seems to be unique to the shamanic and earth-centered paths of the world.  The other faiths who do it are the one we would often include among our definitions of “Pagan.”

Most of us have a strong ethical code regarding war.  Either we tend to embrace the code of the warrior or we tend to be strongly opposed.  This alone makes the remembrance of war a more vivid experience for Pagans, as we either honor the brave dead or mourn the horrific suffering; and often, both at once!

Much of the modern Pagan movement is informed by (and rooted in) the spiritualist movement.  Spiritualism postulates that we continue after death and can communicate with the living, especially those trained in (or born to) mediumship.  Spiritualism also postulates that we reincarnate.  Most Pagans share these beliefs (but certainly not all) and we have a great deal of respect for that element of our tradition(s).  I don’t know of any Pagan tradition that does not make a point of having at least one holiday that honors the dead, whether that is Samhain or Einherjar.

I’ll be frank: I believe both in ghosts and in reincarnation.  My personal experiences have borne up this belief.  And I had a metaphysical store which happened to be located next to a place called “Cenotaph Park.”  Around this time of year, the spirits of dead soldiers often wander by.  I help them as best I can.  Sometimes it’s about making contact with loved ones.  Most often it’s about recognizing that they are dead and accepting that.

At a Samhain festival last year, after a whole weekend of ritual we had a Dumb Supper.  Both of my grandfathers, and my great uncles, all of whom were war vets and only one of whom I really knew when they were living, came to hang out with me and let me know they were proud of me.  It was a powerful ritual that I will not soon forget.

Because of these experiences, the reality of war is perhaps more real to me than those who have not had such experiences.  Even if you haven’t had such things happen to you, if you’re a Pagan you probably know someone who has (or believe s/he has, if your beliefs don’t support that.)  And that makes things a little more immediate.

Let’s face it: as Pagans, we’re highly empathic and we believe in personal gnosis and value personal understanding and practice.  This is entirely my observation, but I believe that as a general rule, we experience life and emotion more intensely than the average soul.  We’re pretty good at walking a mile in another’s shoes.  We’re not very good at emotional distance.

Willingness to Face the Dark

It’s a thin line, and again it’s based in my personal observations, but I believe that Pagans are often more willing to accept the dark than many other paths of faith.  Many others with spiritualist leanings are so adamantly opposed to warfare that they are opposed to warriors.  For the most part, even the most dedicated anti-war activist among us can accept and understand that soldiers sometimes have no choice but to fight – or, at the very least, believe that they don’t.  We accept that there is suffering in this world and embrace it as a crucible of the soul and a chance to become better people, rather than deny it and try to pretend it doesn’t exist.  And that makes it possible for us to truly grasp (some might say “grok”) the circumstances of the people who lived in those times, and to communicate that tragedy and experience of suffering to other people in a way that makes it real.

I mentioned in my last article that the Druids knew that the part of the mind that inspires bards and holy people is the same part, and they called it Awen.  Consequently, Pagans are creative.  Visualization is a skill that we teach and practice; and so many of us engage in artistic pursuits.  That means that rather than reciting statistics, we can make a story live and breathe; and whether we do it through music, writing, or intensive ritual, the result is the same.

Make sure you spend a moment today to honor your beloved dead, and the Mighty Dead if your tradition accepts that.  Lest we forget.

Next column: Your Mileage May Vary – Embracing Multiple & Contradictory Truths in the Craft (I promise!)

November 8, 2013
Syncretic Electric: We Need to be Challenged, or Why I am Thankful
Next Post 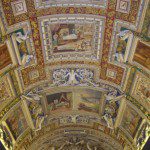