Loop of Brighid: The Nine Pure Choice Graces, Part 2 – The Grace of Voice

The second of the nine “pure choice graces” is the grace of voice. In the Gaelic culture, as in many other traditional cultures, no clear distinction was drawn between poetry and singing until recent times. Singing was understood primarily as a way to remember the words of a poem and share them with others, so there was less emphasis on having what our culture would define as a “good singing voice.”

Instead, a good voice in Gaelic terms had two primary qualities: clarity and emotional expression. A clear, well-enunciated voice made it easier to hear and understand the words of the poem or song, and the honest expression of heartfelt emotion made those words come alive for the listeners. An imperfect note or two was not seen as being especially important by comparison.

While the grace of voice could just as easily refer to ordinary speech, Brighid’s association with poetry makes it especially appropriate to cultivate this grace through singing aloud in a pleasant tone. The other steps in this practice are the same as for the grace of form, but I’m repeating them here for convenience:

2- Sit in front of your bowl of lustral fire. Recite the first verse of the “Invocation of the Graces” while anointing your palms and cheeks with the lustral fire:

3- As you recite these words, imagine that it is Brighid Herself who is speaking and purifying you.

4- Sitting before the lustral fire, sing aloud with an emphasis on the voice. The goal is to cultivate a calm, peaceful and clear tone with deep emotional connection to the words.

Clann Bhride: The Children of Brighid

Loop of Brighid is published on an occasional basis. Follow it via RSS or e-mail! 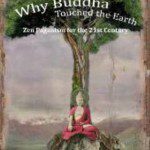 April 29, 2014
The Busy Witch: Why Buddha Touched the Earth: Zen Paganism for the 21st Century, by Tom Swiss (Review)
Next Post 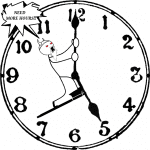 May 1, 2014 Wyrd Words: Daily Devotions
Recent Comments
7,495 Comments | Leave a Comment
Browse Our Archives
get the latest updates from
Agora
and the Patheos
Pagan
Channel
POPULAR AT PATHEOS Pagan
1