Seekers and Guides: Wicca Has No Gurus, Only Teachers

Seekers and Guides: Wicca Has No Gurus, Only Teachers April 14, 2014 Sable Aradia 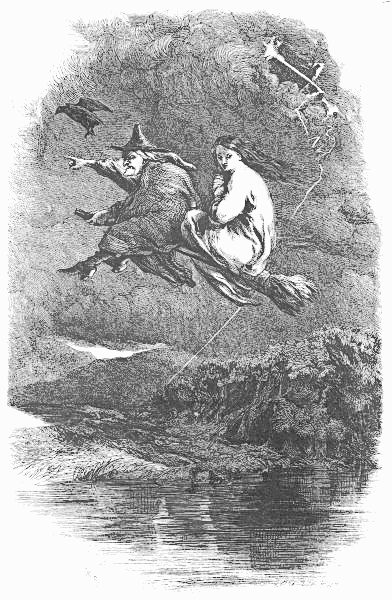 The final edit of my book was finished recently.  In the layout of the manuscript that I received from the publisher was a section for my dedication.  I knew exactly what my dedication was going to be.  I listed the people who have been my teachers in the Craft over the years.  And then I thought about them and smiled.

My first Craft teacher was a Lady who earned that title in the Society for Creative Anachronism, which was how I first met other Pagans, and not in the Craft.  I don’t really know what tradition she practices, or even if she still practices, and as I recall, at the time she described herself as “eclectic.”  She taught me the basics about moving energy, creating circle, loving the earth, and sacred feminism.  She was silver-haired and carried herself with the dignity of a true Crone in all the beauty of that term when I met her twenty years ago, and this has not changed.  But she is also emotional, prone to flights of fancy, and used to have a tendency toward hypochondria, though I don’t think this still holds true.  In other words, I loved her dearly, and still do, and she taught me invaluable lessons that I will never forget, lessons that shaped my spirituality for the rest of my life in such a positive way that I can be nothing but grateful.  Yet, she’s not perfect.  She doesn’t have everything figured out.  She doesn’t have all of her feces coagulated!

I considered the other significant teachers I’ve had in my journey.  My next teacher was (and is) a giant teddy bear of a man.  When I started learning from him, he wasn’t calling his practice “Wicca,” but was drawing more from Native American and modern New Age shamanic practices.  I don’t know where he got some of his training, but he knew more about stuff than I did, and he taught me focus, and astral travelling, and soul retrieval, and the candle meditation I use in my own book.  He’s compassionate and one of the best lay counselors I have ever seen.  He’s also moody, egotistical and socially awkward.

I joined a Wiccan church and that’s where I met my third major mentor, who founded the group and organized the clergy training.  Under his direction I did more reading – good reading – on Paganism than I ever had before in my life, and experienced powerful esoteric practices.  My third degree initiation into his Pagans for Peace tradition was one of the most moving mystical experiences of my life.  But he’s abrasive, acerbic, snobbish, extremely socially awkward to the point of coming across as misogynistic even though he’s a feminist activist, and manages to alienate pretty much every Pagan community he spends any time in.

The last two people I mention are my initiators in my current tradition.  One of them is bipolar.  The other has mild Asperger’s Syndrome, which is part of the autistic spectrum disorders.  I love and admire them greatly and value their wisdom.  They know stuff about people, and about life, that most people never grasp.  They help me to explore the depths and heights of my theology, force me to question my assumptions, and urge me to expand my consciousness.  They practice powerful magical experiments with me.  And outside of the magickal circle I’m in a relationship with one of them, and he is churlish, sometimes passive aggressive, stubborn and frustrating.  He also is passionate, loving, emotional, honorable, thoughtful and kind.

In other words, these are human beings.  They are real people, and just because they have some important spiritual wisdom to impart does not mean that they are magically enlightened Ascended Masters who are perfect in every thought, word and deed.  They’ve figured some stuff out, and they’re still figuring other stuff out.  In other words, they are teachers, not gurus.

I think that one of the most uncomfortable realizations of adulthood is that no one really knows what they’re doing.  We’re all just making it up as we go along.  One of the reasons we seek out spirituality is to give meaning to our otherwise chaotic lives.  So I think we’d all really like to believe that somebody has their feces coagulated!  We find role models and emulate them in the hopes that their lives will be good examples to us.  This isn’t a bad thing; but the problem is that we expect superhuman examples.  We believe that people who have spiritual wisdom somehow transcend the limitations of humanity, and become better than human beings can really be.  And this is an unhealthy delusion.

You hear about it all the time.  A great spiritual leader (pick your religion; there’s no shortage of examples in any faith) turns out to be not all he or she is cracked up to be.  Usually it’s sex scandals; and if it isn’t, it’s about money, isn’t it?  I think that the ones who do best are those who don’t pretend to be anything other than human.

Do we foster this delusion?  I think we do.  We look to our leaders and expect them never to fail; because if they fail, that means that we can fail, even if we do everything perfectly.  And that’s scary, to realize just how out of control our lives really are.  We invest our leaders with superpowers.  Leaders become aware of this expectation and try to do their best to live up to it.  Our myths echo this expectation: divine avatars, god-kings, holy saints.  But they are doomed to failure, because there never has been, nor will there ever be, a perfect human being.

One of the worst traps that we, as teachers, can fall into is to believe the press and think that with so many people telling us how wonderful we are, that we must really be that wonderful.  That’s the path to High Priestess’ Disease.  And if we fall into that trap, we’re doomed for a fall.

On the other hand, the late great Judy Harrow, so recently taken from us, wrote in her book Wicca Covens about waiting for the “real witches” to come along and show them how to do things right, and then realizing that she and her companions were the “real witches.”  It’s an error to believe that we, or others, have nothing of value to teach just because we (or they) don’t have all the answers yet.  Ordinary people can (and often do) have moments of extraordinary enlightenment, especially when they commit to a spiritual practice, and sharing that is almost a sacred duty to help others improve their lives; even if that insight is just that gathering at the Sabbats feels right.  So don’t discount the gifts and lessons of your teachers just because they smell up the bathroom when they eat too many tacos!  And don’t discount your own, either.  The gods speak to all of us in different ways, and we all have something to share.

I think it’s important to keep in mind a factor that I call “right-sized ego.”  Swelled heads encourage us to believe in our own perfection and infallibility, and that’s a path to disaster.  But so is not appreciating your own worth.

New teachers sometimes end up feeling badly about themselves because someone tells them that they’re not doing it right.  Constructive criticism is good, and you should consider it, but don’t allow yourself to be manipulated either.  Sometimes, the people who don’t “do” feel better about themselves when others who are “doing” fail, and they are therefore invested in your failure.  Don’t be afraid about hurting anyone’s feelings: give them the boot.  Shauna Aura Knight wrote a great blog post about this recently at Pagan Activist.

The other thing to keep in mind is that even if others expect you to be perfect, don’t expect it of yourself.  Doing so will either lead to High Priestess guru-delusions, or constant anxiety and emotional pressure that cause burnout.  And the truth is, you are going to fail if you try.  It’s a guarantee!  You’re also guaranteed to tick someone off when you do, and the bad-mouthing and anger and attempt at public shaming that results is probably inevitable too.  Just remember, if you don’t try, you don’t accomplish anything, and the tall blade of grass is the one that the lawnmower targets.  In other words, put such reactions in your cap like feathers because they mean you’re doing something that matters, take what constructive criticism you can from the experience, and move on with the lesson learned.

You can minimize this reaction by making your humanity very clear to those who choose to follow your spiritual lead, and being willing to admit to (and accept) your own vulnerability; but even so, people want to have their delusions, and we like to have our delusions about ourselves as well (which we therefore perpetuate), and this will not always succeed.

Simply put, if you want perfection and holiness, go to the myths, because you will not find it among humanity.  Take what you can from those you choose to learn from, accept that they are flawed, and move on when they cease to have anything to teach you.  Don’t believe anyone who claims to be anything other than mortal, and don’t put up with abusive behaviors.  But also try to have some patience for your human Guides when they don’t act as you expect.

What We Can Learn from This 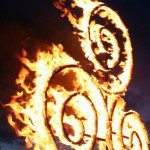 April 8, 2014
The Dance of Pagan Recovery: The Season of Sex
Next Post 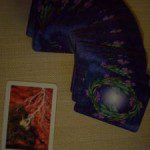 April 15, 2014 The Busy Witch: Learning to Love The Tower
Recent Comments
0 | Leave a Comment
Browse Our Archives
get the latest from
Agora
Sign up for our newsletter
POPULAR AT PATHEOS Pagan
1