In a recent article, I mentioned the relatively short lifespan of many kindreds, covens, and groves within the Pagan community. This is a statistical trend that almost all of us have encountered, and it inspires many of us to simply forgo the trouble of searching for a stable community in favor of a solitary practice. There are all kinds of reasons why these local communities can seem so transient. Sometimes people’s jobs force them to move away, or differences of personality or practice drive a group apart. But the Pagan community seems to be affected by these shifts more than other faith groups. I believe that the reason for this can be broken down into three major problems: size, distribution, and (most importantly) the types of relationships we build within our local communities.

Let’s be honest here. We can talk about growth percentages and community networking all we want, but our communities have always been small. Even if we combined ALL of the various religions beneath the general umbrella of “Paganism,” our numbers are still INCREDIBLY small when compared to other religious populations. While this can offer us certain advantages, it also comes with some unfortunate downsides.

In many ways, a community is an organism unto itself. Communities claim territory, react to changes in their environment, and compete for resources with other communities that fill the same ecological niche. As many of our Wiccan readers would say: As above, so below. Much like any natural population of organisms in the wild, social communities with low population numbers are affected much more drastically by changes in their environment. If there is only one group in your area, and the person who’s running it has to move away, it’s going to be a lot more difficult to adapt than if there was a larger selection.

Further, our community is made up of a LOT of radically different belief systems. Thus our tiny population is divided into even smaller subgroups, mixed up like a bag of marbles, and then scattered randomly all over the world. It can be hard enough in some areas to find a local Pagan group at all, but what if you’re a Druid, and the only group in your area is a Wiccan coven? You’re left with the choice of going solitary or joining a group who’s beliefs you don’t (entirely) share. This is how our community looks in most places around the world that aren’t dense metropolitan areas, and it leaves our organizations poorly equipped to deal with rapid change. 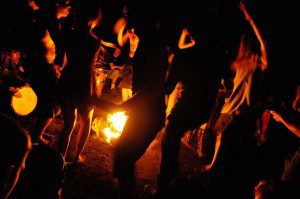 Size and distribution are important factors for Pagans in most of the world, but what about those metropolitan areas where their effects are reduced? Here in the Valley of the Sun (where I live), we have a comparativelylarge and diverse Pagan population. Yet the average lifespan of these local groups isn’t any higher than those in more rural areas. So what’s the secret? What factor allows for those rare groups that seem to stay together so much longer than the statistical average? It took me years of searching to figure it out, but the conclusion I eventually came to was that it all has to do with the nature of the relationships that people build within those communities.

I’ve drifted through a large number of groups in my area, and I’ve seen plenty of them rise and fall within a year or two. I looked for an answer to this conundrum for a long time, but in a surprising twist it was my wife who solved this riddle for me! Whenever she would refer to my friends in the local community, she would always call them my “Pagan Friends.” Yet when we would hang out with our friends from college (several of whom are Wiccan) she never referred to them this way. This struck me as odd, so I asked her about it. She told me that when I was with my “Pagan Friends,” even at a non-religious gathering, all we ever really talked about was Paganism. The conversation might range a bit, but it always came back to religion. I didn’t think much of it at the time, but I later came to realize that this was the answer to my question.

In Christian terms, my grandfather used to refer to this as the difference between “Friends from Church” and “Church Friends.” “Friends from Church” are those people who you genuinely enjoy spending time with. You have a lot in common, enjoy each other’s company, and just happened to meet at church. “Church Friends” are those people whom you only ever see at church functions. You sit together and chat about church stuff, because that’s all you really have in common.

We have our own version of this, and my wife hit the nail right on the head! Too often we go to our local groves or kindreds, and we make lots of “Pagan Friends.” We honestly like these people, but all we ever really talk about is our shared religious views. That’s the secret. I found that those groups that managed to achieve real, stable longevity promoted a different kind of relationship. People in those groups shared a common faith that brought them together, but then they found others within their group that shared other kinds of interests. They didn’t just get together to worship; they hung out to watch football, swap baking recipes, and play board games. It was those relationships that kept people returning to the group for years.

In some of the larger organizations (like the ADF) this is even built into their practice via a number of special interest groups for brewers, poets, martial artists, etc. I think fostering social relationships is the most important thing we can do to build more permanent and stable groups. A shared faith can be a great thing for bringing people together initially, but it’s important to build relationships BEYOND that! That’s the difference between a religious club and a real community. 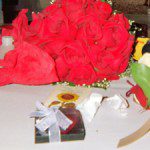