Queer of Swords: The Beast with No Backs

In the public consciousness, first came G. Then, eventually, people got the idea that L was a thing, not just spinster herding behavior. B, despite being demonstrably everywhere is even today still contested by those who would rather that one of the first two be decided on and stuck with. T was, still is, widely misunderstood as being a subtype of the first three, rather than being orthogonal, and still today has a tendency to be thrown under the bus as payment for the rights of the far more numerous G and L.

More recently, we added a Q, capturing those that don’t really fit the first four, but who aren’t exactly cookie-cutter mainstreamers. Then another Q, as a home for those who are still seekers in all this. An I came later, providing an identity for a group that has to take a lot of the same abuse as T, but for reasons that check a different set of boxes. Welcome to the alphabet soup. LGBTQQI – Lesbian, Gay, Bisexual, Transgender, Queer, Questioning, Intersex. Come on in! The water is warm, and there are carrots. There are always carrots. Nudge nudge, wink wink, say no more.

There is a tendency for people to think that LGBTQQI is all about the sex. For some on the inside, this isn’t too far from correct, if truth be told. For others, the majority, it’s not really about anything – you just are, and it’s really just living and loving and seizing the day and planting tomatoes and paying your taxes and cleaning up after the cat.

The intersection between LGBTQQI and modern Paganism is complicated. There’s certainly enough juice in there to give me plenty to write about, so I can’t complain. Though some of the issues are analogous to the struggle between conservative and progressive factions of the mainstream religions – old habits die hard when people convert – Paganism’s innate diversity tends to create a much more complex landscape than the usual don’t-do-that-you’ll-go-to-hell vs. the it’s-all-fine-$DEITY-loves-you-anyway dichotomy.

Many of our Pagan traditions have more than a small dose of fertility-worship going on. Wicca, I’m mostly looking at you right now, but you’re not alone. Though fertility isn’t a huge thing for L or G, it can be very much a concern for some members of the B, T, Q, Q and I. For many of us, making our rites more about the sex than the fertility makes a whole lot of sense, since it is more inclusive of those for whom sex isn’t – and can never be – anything to do with fertility. And family planning of course. Won’t someone think of the (lack of) children?

The soup is still missing something, however. A letter so singular, so rare, that many dare not speak its name. A letter that is even more widely misunderstood than any of the others.

There, I said it. I know quite a bit about this letter, because it is me, and I am it, even though I lived most of my life never having heard the term. I have struggled for decades in trying to understand this aspect of myself. I also check the T box, and to some extent the B box, so unpicking the A from all of that was incredibly difficult, but tremendously empowering once I finally managed it. But what does that actually mean, practically, for myself, people close to me, and for my practice as a Pagan?

Literally, to be asexual means to innately not feel sexual attraction toward other people. Some people who identify as asexual are also aromantic – specifically, they neither feel sexual attraction or romantic attraction toward anyone else of any gender. Some people who identify as asexual are still sexually active, in some cases because they do so to feel close to their partners, but more usually they aren’t. For me, I’m asexual but I’m not aromantic. The way I used to try to explain this to people, before the term asexual was coined, was that I have a bit of wiring missing. I can appreciate beauty, fall in love gently or just as damagingly obsessively as anyone else. I’m just not wired to make the further connection to sex.

20 odd years ago when I was first dealing with being transgendered, I quickly learned to flat out lie through my teeth to anyone in the medical profession. In those days, if you didn’t follow the 1950s stereotypes for masculinity or femininity, or (worse still) admitted to not identifying exclusively as one gender, you were thrown out of the program. To my doctors, I was Straight, oh yes, and I desired to get myself a Boyfriend and do the Stereotypical Thing, with the Thing, and the Other Thing. Thankfully, the medical profession has since largely (though not entirely) got a collective clue and has (mostly) stopped torturing us. It did mean, though, that I got very good at denying my asexuality, even to myself. As unguarded as I ever got was to describe myself as, “either, neither or both.”

Without question, being asexual has substantially affected the way that I understand and interact with the concepts and practices of Paganism. Undoubtedly, there are Mysteries that I will never quite grok, because I simply lack the wiring for it. The Great Rite will never really have any meaning for me, quite apart from any misgivings I might have about its heterosexist connotations. Nevertheless, I have wrestled with the concept of gendered polarity in rites for years, to the extent that finding alternative ways to deal with it was for some time central to my own practice.

If you aren’t X, then you can’t possibly be a real Y. 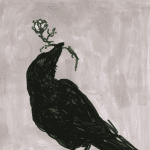 August 12, 2014
Jewish Witch: I Have Conversed with the Morrígan about Gaza
Next Post 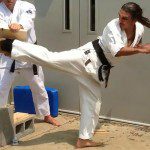 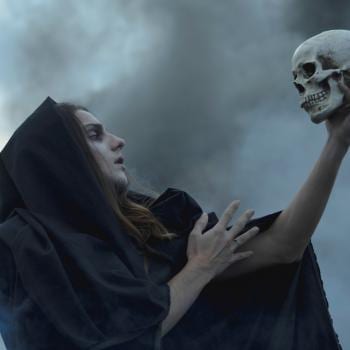 Pagan
Starry Eyed Witch: The Bloody Birth of a...
Agora

Pagan
Simple Witchery: You Are What You Think
Agora
TRENDING AT PATHEOS Pagan