The paperwork for my promotion last spring to godan, fifth degree black belt, has finally caught up to me. I got a piece of paper that says I understand “the ultimate truth and spiritual forces” involved in karate. I’m not so sure about that, but it’s signed by a living legend in the martial arts world, a man whom the famous Zen roshi Hakuyū Taizan Maezumi once wrote was the “ideal type” and had “wonderful insight and understanding”. So who am I to argue?

(I make it a rule, when talking about my wacky “Zen Pagan” ideas, to not identify the style of karate I study. I’m very proud of that school, but I do this to emphasize that I’m not speaking on the school’s behalf or in my capacity as a karate teacher, and also so that search engines don’t flag these writings as being relevant to it. But it’s hardly a secret, five seconds with the search engine of your choice can reveal it. And heck, in this case it’s in the photo.)

My Zen is mostly Karate Zen. I’ve managed to cultivate a seated mediation practice only because I started with the moving mediation that is karate. The relationship between the budo (martial ways) and Zen supposedly goes back 1,500 years to the legendary Buddhist monk Bodhidharma, who came from India (or maybe Persia) to the Shaolin temple and both founded Ch’an (the Chinese word for Zen) and taught physical exercises that developed into the Asian martial and healing arts. Seven centuries later in Japan it happened that Zen arrived there around the same time as the shogunate got started, and the new sect formed lasting bonds with the new warrior class bosses. (The legend of Bodhidharma is probably bunk but it’s a good story. I tell that tale and many others in Why Buddha Touched the Earth, shameless plug.)

Most readers will recognize the idea that there are “spiritual forces” of some sort in martial arts training. You’ve watched the old Kung Fu TV show or The Karate Kid or that clip where Bruce Lee says “Be water, my friend”. I hope that even if the mall ninjas at the local McDojo didn’t quite live up to that, you’ve encountered some hints of the real thing.

But a few weeks ago during a discussion at Starwood I found myself saying that the martial arts can be a magical practice. That’s a more specific idea, and I’d like to take it as the topic for this month’s column.

So what do we mean by “magical practice”? This might be old hat for well-read Pagans in the audience, but it’s worth getting specific for people new to these ideas. And if I don’t nail this down, my fellow budoka who read this might think that I’m suggesting that advanced practitioners can perform supernatural feats, the sort of stuff demonstrated by various charlatans.

When I speak of magic here I’m speaking of it in a context that arose during the late 19th and early 20th centuries, when certain philosophical societies became interested in the use of ritual as a tool for spiritual growth and transformation. We can get a sense of what magic means in this sense from definitions and comments offered by several experts on the topic:

(The spellings “magick” or “magik” are sometimes used to distinguish this ritual practice from the performing art of illusion and prestidigitation.)

To attempt a synthesis of these ideas, I propose:

1) Magic is distinguished by the intentional use of imagination to raise and direct psychological energy in order to alter consciousness in a manner conducive to a specific desired change.

2) Magic has an external side, where the desired change is a visible result, the achievement of some practical end.

3) Magic has an internal side, where the desired change is a matter of self-cultivation, of contemplative understanding: the quiet side of magic.

4) Magic is a subtle practice, in which we leverage small forces and seemingly minor matters to produce large results.

5) Magic is an art, operating in the realm of the poetic and the beautiful, of metaphor and symbolism.

(I should note that while some believe that the alternation of consciousness we are talking about includes some sort of psychic faculties or the ability to communicate with supernatural entities, this not a necessary point of dogma for the modern magician. A skeptical reductionist or a philosophical materialist is no more banned from the Art Magickal than from the arts of poetry, painting, or music.)

So. Let’s see how traditional martial arts stack up against these ideas.

The martial ways use imagination to direct the most primal form of psychological energy: the drive for survival. The martial arts bring us right up against life-and-death — nothing else concentrates the mind, alters consciousness, quite as strongly as that. But if we make that too literal students die and we run out of training partners, so the confrontation with death must be imaginary. We visualize the opponents in kata, we simulate deadly combat when sparring by pulling our punches or using dulled weapons or protective gear. If we do not engage our imagination to make those conflicts real, it’s just a dance of the most spiritless sort. 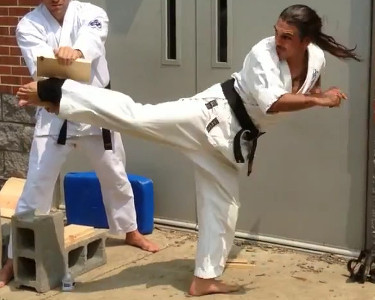 “…Change may be effected by application of the proper kind and degree of Force in the proper manner through the proper medium to the proper object.” — Crowley

Are there aspects of martial arts training that are about external change? Definitely. Someone is trying to hit me, and through the skills of my budo training I cause a Change in conformity with my Will which removes their ability to harm me.

And are there also internal aspects? Yes. A fighter must not learn just action but also calm, the still point in the maelstrom. Anybody can get angry and throw a punch but such a situation will usually not end well. To act correctly, to see and decide calmly in the midst of combat (sporting or real), requires a deeper practice. (We also speak of “internal” versus “external” martial arts, but this is a somewhat different context.)

Are the martial arts a subtle practice? Undoubtedly. A small amount of force properly applied can cause a person to go flying through the air or collapse to the ground. Victory and defeat, success and failure, turn on fractions of a second and fractions of an inch.

And are we in a realm of art and metaphor? We call them the martial arts for a reason: we speak of the beauty of a kata or of a technique combination.

I speak of being light on my feet, but my weight as measured on a scale does not change. I talk about being rooted, but no roots emerge. I tell a student to extinguish an attack like a wet blanket falling on a fire. When I break a board, in my mind’s eye my hand is moving through nothing but air. In some exercises I visualize ki (known as qi in the Chinese arts) as a light moving through my body, and my movements are stronger.

Why is this? The body movements and mechanics needed for competence are just too complex for the rational intellect to execute in realtime. We must invoke the unconscious, the intellect, the non-rational mind; and it speaks in metaphor and in symbols.

There’s nothing supernatural in the result, nothing that couldn’t be analyzed after the fact by physics and physiology. (Though it’s possible our current understanding of the relevant physiology is incomplete — after all, we are talking about a science that just discovered a ligament in the knee.) But such analysis will not get you to the point of being able to do these things.

The martial arts are magic. Those looking to understand magical practice might want to look to the example the arts provide, and those involved in martial arts training may want to look at magic for ideas to deepen their training.

Crowley, Aleister. “The Initiated Interpretation of Ceremonial Magic”. The Book of the Goetia of Solomon the King. http://hermetic.com/crowley/goetia/the-initiated-interpretation-of-ceremonial-magic.html

Leland, Charles G. Aradia: The Gospel of the Witches. http://www.sacred-texts.com/pag/aradia/ara18.htm

This month’s column ran long — thanks for sticking around to the end. I promise next month something sure to draw an audience: nudity! Tune in for the September edition of The Zen Pagan when I’ll discuss naked Pagans.

If you’d like to support The Zen Pagan, please consider buying my book, or visit my website for other options.

And finally, you can subscribe to The Zen Pagan via RSS or e-mail! 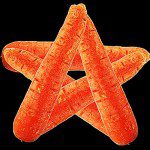 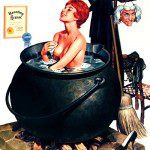