For me, heathenry has been an intense and sometimes daunting task of “becoming.” I have learned, and re-learned, many different things to help me better understand what heathenry is. I’ve come to realize that the lessons are never-ending and finally accepted that what I may have been told was heathen by my family and friends growing up wasn’t necessarily accurate.

That was hard to adjust to. No one had set out to deliberately confuse me. In fact, those closest to me growing up had always done their best, I believe, to share their knowledge and spiritual understandings with me. How, then, did I come to a crossroads of understanding when I thought I already understood? Well, like most discoveries, it started with research and a few trusted friends who shared my desire for knowledge.

Beyond the Eddaic stories and my family’s teachings, I hadn’t spent much time considering subjects like archaeology, sociology, anthropology and the like. I love history as it relates to various cultures, and I had looked at my own German and Celtic ancestry. Beyond that, however, my study of pre-Christian Germanic culture was sparse. I certainly did not intend to leave out any studies that I thought would help me in heathenry; I simply was unaware of them. Once I was made aware, and given some proper research tools, new light began to illuminate aspects of heathenry that I either did not know about or had not considered.

My family especially used the term ‘heathen’ to reference how we practiced our religious traditions, but it was never clarified as to whether those practices were based off of the pre-Christian religious beliefs of the Germanic people, or if the term was being used simply to denote something that set our spiritual practices apart from Christianity. Upon realizing that heathenry requires in-depth study of historical findings, I had to ask myself a hard question: Was I prepared to do the work in order to understand what heathenry is? I certainly wanted to think so, but it required me to be honest with myself and determine if it was something that I was wholly dedicated to. This led to a follow-up question: How deeply rooted was I in my own preconceived notions? If I wasn’t willing to open my mind and do the work, then any new active venture was going to fall apart.

Was I willing to be openly challenged? It’s not easy to have someone come along and pick your unverified personal gnosis apart. I’ve since learned to keep private experiences to myself, as well as to converse about topics that I feel comfortable discussing in a way that keeps me learning. If someone genuinely asks my thoughts on something in particular, I answer them. If they dispute me, I consider what they have to say without first becoming defensive. This doesn’t mean that I always take an opposite opinion as truth, but if the person I’m speaking with seems knowledgeable in an area, then I will give their opinion consideration and follow up with my own research.

Discoveries are constantly being made about how people lived in ancient times. New findings and theories are presented in academic works. Part of my dedication to heathenry means studying those materials to better understand ancient Germanic culture and religion. How the elder heathens lived from day to day matters a great deal when attempting to understand their worldview. If we have no understanding of that, then how well can we practically apply their beliefs? Academic material may not always capture our attention in an exciting way. Some articles and theories are very dry – and that’s putting it politely. However, they can be priceless in understanding heathenry, and I stand by the idea that research is crucial to applying heathen concepts.

Needless to say, one of the first things I began doing was taking notes during my research. I opened a new document for each PDF, article, and book that I read and began making bullet points. Eventually, I made a document that I fill out as I read. It contains the title, author, date read, my notes, and finally a list of books from the bibliography that I want to read in the future. Each document, after it’s filled out, is then saved to my laptop and put into a folder labeled “Heathenry.” This is how I stay organized. I use the notes for future reference. My notes remind me of points of interest, and as I learn more I can go back through my older notes and sometimes answer my questions. If someone else opens up a debate or asks a question, I can refer to my notes to back up my position. It might seem a bit tedious, but it works for me. I also keep a folder filled with scanned copies of documents that I’ve been able to save from my family. Doing this helps me integrate my family’s traditions into my religious beliefs.

I have also learned to describe my religious preferences in context after being asked. Some people ask follow-up questions regarding my beliefs, some do not. Part of “becoming heathen” meant, for me, to be dedicated to learning, to be willing to earn my worth, and to only offer personal information to those who have a vested interest within my inneryard. Additionally, it meant expanding my social network with other heathens, especially my face-to-face network. That one change alone has opened me up to a whole other mindset. Online social networking is a great tool, but nothing beats sitting next to someone who is willing to challenge and encourage you in person.

This method of becoming heathen worked for me, but each person is different. The biggest piece of advice that I can give is “work hard, be patient, and keep an open mind.” Whatever your process is, take heart in establishing it. 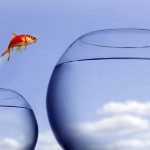 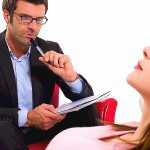 October 20, 2014 Seekers and Guides: The Downward Spiral – Depression and Suicide in Paganism (Part 3)
Recent Comments
0 | Leave a Comment
"This sounds really interesting. Thanks. I love witchy book reviews. Books are always a wonderful ..."
WildestSea The Corner Crone: The Hedgewitch’s Little ..."
"These are great gift ideas! Useful for any occasion."
WildestSea Phoenix Rising: Last-Minute, Easy Yule Gifts ..."
"I read an article about not giving gifts to adults at Yule and other occasions. ..."
I. H. Hagar Phoenix Rising: Last-Minute, Easy Yule Gifts ..."
"Such an interesting read!"
Patti Annelle Patten Pan-Celtic Hoofbeats: Horses of the Dark ..."
Browse Our Archives
get the latest updates from
Agora
and the Patheos
Pagan
Channel
POPULAR AT PATHEOS Pagan
1

'It's complicated' – a short conversation on locating...
We often talk about the importance to know the true heart's desire,...
view all Pagan blogs
What Are Your Thoughts?leave a comment
Copyright 2008-2021, Patheos. All rights reserved.