As I’ve been writing about leadership and reflecting on the events that have rocked the Pagan community this year, I’ve also been thinking a lot about the difference between proactive and reactive leadership. What type of leaders does the Pagan community really want? Some will argue they don’t want leaders at all, but I find that the need to organize and coordinate inevitably creates situations where people become leaders. They may not call themselves that, but nonetheless what they do, essentially, is lead.

It’s important to understand that the word “leader” brings some loaded assumptions. Some people have knee jerk reactions to the term, because often when we think of leaders, we think of corporations or politicians. Neither association brings lot of warm fuzzy images to mind. However, I find that a genuine leader isn’t obsessed with power or being in the spotlight, nor trying to use the community for their own ends. If a person is leading for those reasons, then that fulfills our negative associations with the word leader. But if a person is leading with a genuine desire to serve the community and a willingness to do an equal share of the work, then that is a positive leader.

However, I also find that reactive leaders also stigmatize the concept of leadership. A reactive leader is someone who waits for something to happen before actually responding to the situation. Now, it can be reasonably argued that there we live in a world of reactions, and that’s true, but if we always wait for something before we take action, all we’re doing is consistently setting up situations where leadership is failing the very community it’s supposed to serve.

A proactive leader is someone who seeks to anticipate situations and develops appropriate responses before they ever occur. A proactive leader asks how best to serve the community and develops, with the consensus of the community, planned strategies. What can’t be headed off, can, at the very least, be planned for, which makes it easier to deal with situations that deserve a specific response. The following suggestions are offered as a way of helping leaders become more proactive in their leadership.

1. Plan for each and every situation. Ideally, various problematic situations may never occur, but realistically it’s best to plan for the eventuality by putting together a document that addresses various scenarios and details how the community should respond. By creating such guidelines, you provide a formal structure for dealing with the situations in a proactive manner. The document should be shared with other people in the community to get their feedback and suggestions, and it should be updated routinely with new scenarios and revised policies, as appropriate.

2. Know the difference between public shaming and calling people out.  I definitely think it’s important to call out predatory behavior and mistakes and address both in whatever way is needed to protect the community and individuals. However, I don’t think public shaming works. Ye,s you may make the person feel ashamed at that moment, but is the shaming proactively addressing the real problem or providing needed resources to everyone involved? Likely it isn’t, but it does trigger power struggles and infighting as people take sides. In some cases, shaming begins feuds that continue for years. Call out a behavior as needed, but once it is called out, address the behavior directly by working with all the people involved. In some cases, where there is predatory behavior, remove the person from the community and let other communities know, then figure out what you might have spotted earlier to help you address the situation before it came to a head.

3. Invite feedback from other community members on a regular basis. Make sure people know your door is open and that you welcome feedback about what you, as a leader, are doing. A leader who is open to constructive criticism is someone who is staying grounded and focused on the community as opposed to his/her own ego. By making sure that people know they can speak up and be heard, it ensures that the leadership is proactive in improving themselves and serving the community better.

A proactive leader actively works on becoming a better leader in every way possible. S/he doesn’t wait for situations to occur, but instead plans for them and devises responses to handle them. Nonetheless, s/he also accepts that s/he lives in a world of reaction and as such, knows that there will always be variables that can’t be controlled.

What tips do you have for becoming a proactive leader? 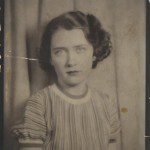 October 17, 2014 Heathen Woman: Becoming Heathen
Recent Comments
0 | Leave a Comment
"Congratulations on 5 years! Here's to many more. I'm a trans man, and I've found ..."
Loucke Between Two Worlds: 5 Years Blogging
"Love ya Bri!"
Jason Mankey Between Two Worlds: 5 Years Blogging
"Great insights, Martha. You know that with my agnostic leanings I have a different concept ..."
Willow Rose The Corner Crone: Hekate of the ..."
"A sincere thank you for sharing this. I so appreciate the opportunity to understand others's ..."
Willow Rose Between Two Worlds: Anna, Another Lesson ..."
Browse Our Archives
Related posts from Agora