Ares is a hard god to love, especially for someone who wants to avoid or de-escalate conflict whenever possible. When humans are in conflict with one another, we are not showing the best of ourselves and, in fact, the worst parts of human nature often show up in times of war. But I also come from a family full of people who have been in the military and I understand why people volunteer for the armed services. My grandaddy lied about his age to join the Navy and was stationed in the Pacific during WWII. Rational beings don’t go out of their way to put themselves in danger on purpose, except that sometimes it’s the only thing to do. War is an unfortunate fact of what it means to be human and when we find ourselves in armed conflict, we need Ares’ guidance so that our soldiers will be safe, skilled, and honorable. Without Ares, we are savages.

The news is hard these days and a lot of the time, I just need to listen to shallow pop music instead so that the unrelenting stories about terrorist groups and bombings and beheadings and missiles and chemical weapons and the deaths of innocents don’t cause me to lose faith in humanity. The news is grim and the sad truth is that they’re only covering a fraction of human suffering. Ares has been depicted as a god who loves war and it would seem that He is the source of this suffering. He’s been called a “hateful god1,” accompanied by Eris (Strife), Phobos (Fear), and Deimos (Terror). He’s been described as manslaughtering, bloodstained2, and as a god who takes human sacrifice3, 4, 5, 6. He is a sword, a general, a soldier, a Kalashnikov. He’s a grenade and a grenadier. He’s a bullet that doesn’t miss and the one who pulls the trigger. He is shrapnel, He is the air strike, He is fire and fury. When I began learning more about the Theoi, I actively avoided Ares, who was hateful to me because of His love of war. How could I love a god who loves war?

Over time, my heart shifted more favorably toward Him. Soldiers across generations share stories and experience a camaraderie rooted in the difficulties of armed service that, in my role as a civilian, I can only view from the outside. Without those same experiences, I can never fully understand the warriors’ kinship, but I do appreciate it. Many have summed it up with these words:

“We few, we happy few, we band of brothers;
For he to-day that sheds his blood with me
Shall be my brother”7

And I remember that Ares is the shield and the armor. He’s the soldier giving cover fire and the helicopter that evacuates the wounded. He’s the commander that protects civilians and the recruiter that convinces an honorable person to join. He is Kevlar.

But the Ares the Shield and Brother-in-Arms is not quite enough to justify war and the human sacrifice thing is kind of a hangup for me. I can’t even with human sacrifice.

War is a fact of human existence and even when the purpose of the conflict may not be honorable, there will be soldiers like John Baca who choose to fight honorably. The stories of Medal of Honor recipients are hard to listen to sometimes, but are the epitome of the work of Ares. Sacrifice is a common thread throughout these stories and this is not the lurid Hollywood idea of the unwilling human sacrifice, but rather a choice that a soldier makes to do something that may, and often does, result in their own death in order to help others. That kind of human sacrifice I can accept.

There are those in this world who commit savage acts during wartime and say it is for one god or another. In my reckoning, this does not represent the will of any god, but rather the work of humans who have failed to understand what the gods want of us. I would that we didn’t need Ares, but when war and conflict arise in the world, I am glad that He is there to guide those soldiers who are able to hear His orders. There is arete to be found on the battlefield, too.

None of this is to say that Ares likes “us” the best because we have the moral high ground. He doesn’t pick sides. Honor and dishonor can be found on both sides of any conflict. I want us to be the good guys and I want the good guys to defeat the bad guys, but it’s always more complicated than that. I pray for Ares to protect and guide our soldiers so that they are skilled and honorable, but I want the other guys to be skilled and honorable too. Under Ares’ guidance, a soldier protects civilians; respects the culture and religion of the enemy (if not their ideology); kills, but does not defile; and accepts surrender when it is offered in good faith. I’m sure there are more things I could list, but these seem pretty basic to me.

Ares’ purview does not stop at the battlefield. He doesn’t leave soldiers when they cease combat and nor should we cease to “support our troops” after they’ve come home. War is a traumatic experience. It is not only those who have given their lives that have made sacrifices to Ares. Few come home without wounds to the body, mind, or heart and even we civilians can do the work that Ares commands when we help those so wounded. There are organizations that we can contribute to, but active compassion for soldiers might involve driving someone to a VA appointment, advocating for better care for veterans, working with the hungry and homeless, or even just listening to a soldier’s story. “Thank you for your service,” is nice, but the civilian obligation to members of the armed services must go beyond simple gratitude.

I still don’t love war and I’m not going to be a soldier in this lifetime, but there are members of the armed forces in my life (most are veterans) that I love very much and I can love the Ares that stands with them. Their experiences are not something I’m ever going to understand, but I do have a great deal of respect and compassion for them. 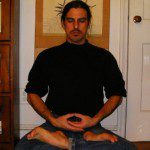 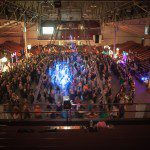