Seeking the Grail: The Waters of Spring

Ostara has never been one of my favorite sabbats. Not as far as the Pagan/Wiccan celebrations and wheel of the year a goes. However, in the past days I’ve experienced the “Wisconsin heat wave” of 50-60 degree temperatures, and I can’t help but feel the thrill of spring rushing through my blood.

I can’t help but wonder, why is it that the actual sensation of springtime returning is so rejuvenating and exciting, but the idea of hosting an Ostara ritual gives me pause?  Imbolc, Beltane, Samhain, even Lughnassadh call to me more. I also have historically had a difficult time getting many attendees to come out for an Ostara ritaul. Both Ostara and Lughnassadh rituals seem to happen at a time when people are busy. At least, if I’m judging this by ritual attendance in the Chicago-land area for pubic rituals.

And, perhaps I’m jaded by past experiences of Ostara rituals. I’ve attended (or heard about) my share of rituals incorporating Easter egg hunts and other rituals that seem to just lightly touch on how spring is a joyous time and we should celebrate. Perhaps what irks me is that many of these rituals focus on the idea of the season rather than the season itself.

I’ve lived in the northern Midwest for most of my life and I’ve also dealt with seasonal depression, so that first scent of spring is such a relief to me. I can feel that quickening life force within me, and I know that the cold of the winter is going to lose its grip.

Years ago when I was sucked into the pit of a far worse depression, I began looking to the Grail myths for wisdom. I remembered that once, I’d been full of life force and creativity and drive. Once, I’d had limitless energy to write for days, to paint until my eyes were dry and tired. Once, I could write all night, every night, for weeks. Once, I could juggle multiple web design and graphic design projects and have enough focus to complete all of them. Once, I could stay up for days, inspired and on fire for running an event like a conference, or doing tech theater for a play.

Depression, for me, is a complete exhaustion. A numbness. A knowing that I should care about doing something, and yet, not being able to bring myself to do it because I’m so tired. It’s staring at a computer screen and knowing that I have a graphic design project due, and yet having no idea what to do for the design, or wanting to work on writing but not being able to think clearly enough to do it. Depression goes past writer’s block; my own experience of it is a bone-deep exhaustion and a humiliating kind of brain fog. Worse, depression also seemed to somehow deaden not just my emotions, but that bridge of communion with the divine.

And of course, being unable to get things done just leads to more anxiety, which leads to shame and self loathing, which leads to further exhaustion. It’s not a spiral I’d wish on anyone.

The Grail Quest became my primary metaphor for my desperate attempt to recover that inspiration that used to burn through me.

Over the years, I’ve made a lot of changes in my life that have helped me to manage my depression symptoms. The axiom “Know Thyself” has been a big help in this. But each year, the lengthening nights and cold weather still brings on the exhaustion and retraction that I dread. Even when I’m really inspired for a book I’m writing or a painting I’m working on, the older I get, the less I seem able to cope with the colder weather.

My own quest for the Grail of my personal inspiration became, in many ways, an intense amount of navel-gazing into how I function, what works for me and what doesn’t. Some of understanding myself got as granular as what food I eat. Much to my dismay, I discovered that a lot of my eating choices lead to that tired, exhausted feeling. I also observed myself in social situations and learned more about what it means to be an introvert, and how I have to look at social time almost like spending money. When I overextend socially, I need to recuperate alone.

Sometimes knowing myself is also holding an awareness of influences I can’t change, such as the seasonal shift, the longer nights, and the colder weather.

In past years, I’ve dreaded one aspect of winter, and that’s “Pagan Conference Season.” For the past several years I’ve presented at ConVocation in Detroit, which is a lot of social engagement for an introvert with seasonal depression in the depths of winter. Three years ago I began teaching at Pantheacon, which essentially means I’m on the road for twelve days solid. This year I’m also teaching at Paganicon. If there’s a recipe for a post-event depressive episode, this would be it.

Yet, for the past two years, I’ve experienced a surge of energy after returning from Pantheacon and ConVocation. Last year when I came home, I wrote an entire novel in a week. This year I was similarly energized and productive. After years of working with the personal axiom that after an event, I’d be exhausted and need recoup time, I had to sit and think about  things. What was different?

Certainly the modifications I’ve made to my diet have helped. Reducing the foods that make me sleepy/tired/cranky has had a huge impact. And certainly my body is feeling the seasonal shift as the days grow longer, even if the weather is still cold. I think one of the biggest impacts for me is that I’m really doing work that I love when I teach, and I’ve also finally built the kinds of friendships at these events to the point where the events are less of a social drain. For me, the more I’m a stranger/outsider, the more nervous a social event makes me feel.

And perhaps, to a certain extent, creativity can be like a train…moving slowly at first until it builds up speed, and then it’s carried forth by its own momentum. Once I managed to crack open the vault of inspiration and drink of those waters again, they began to self-replicate. These days, I have more ideas than I have time to complete the projects. I have books to finish, paintings to work on, and not enough time to do them all.

What I do know is that the rush of inspiration I feel when I’m starting a new project, the rush when I’m immersed in a painting that’s working out, the rush when I’m writing 8,000 words a night in one of my fiction novels…all of these feel very much like that first breath spring warmth.

Thus, I’m trying to renegotiate my relationship with Ostara. I think I’m going to stop worrying about Ostara as a sabbat, and instead just focus on the energies of spring. Or perhaps renaming the holiday for myself. “First Breath of Spring” sounds good to me, whether that happens in early March or not til April.

What invigorates you? What exhausts you? What do you notice about yourself and how what you do, what you eat, and what you experience impacts your energy, your life force, your creativity and inspiration? How can you invite in that breath of spring? 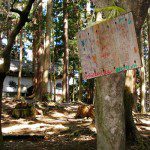 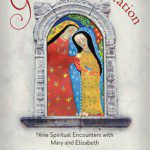 March 17, 2015 The Busy Witch: Patheos Book Club - Gifts of the Visitation
Recent Comments
0 | Leave a Comment
"Yes, thats why its called Patheos: Pagan. Patheos is a multi belief website with blogs ..."
Michelle Gillian The Dance of Pagan Recovery: Welcome ..."
"Simply vile and disgusting how a supposed catholic website or blog is fooling its readers ..."
Luis rodrigues coelho The Dance of Pagan Recovery: Welcome ..."
"What's kind of kooky about being disabled and invisible, or different and invisible, is that ..."
JenniWest The Corner Crone: Why Are You ..."
"This really sounds interesting. Health is so important."
WildestSea The Corner Crone: The Witch’s Guide ..."
Browse Our Archives
Related posts from Agora