The Zen Pagan: “What does a Zen Pagan Atheist ritual look like?”

I’m making vague plans (most of my plans are vague until the last minute) to invite a few people over for the equinox for a small ritual and a meditation session. When I mentioned this to a friend, she inquired, “What does a Zen Pagan Atheist ritual look like?”

Which is a pretty good question and one I’m still figuring out the answer to. I don’t have a liturgy, but I do have some principles and some preferences.

I devoted a chapter of Why Buddha Touched the Earth to a general theory of magical ritual. Here, a ritual is understood as a set of actions performed with intent to manipulate mental symbols in such a way as to create some desired change in our state of mind. That change in our mental state may be a precursor to a desired change in the physical world, but the work starts within.

In order to create the ritual environment, intent is clearly established and non-ordinary time and space are invoked by some demarcation of boundaries. The ritual itself involves raising power–which may be conceived of as either an external power invited in, or an inner quality invited to come forth–by setting up some excitement or tension through non-ordinary behavior; directing that power so as to effect the intended change; and then resolving back to “normal” reality so that the change can be fixed upon it, not limited to the ritual space.

But, I didn’t say anything in that chapter about what I prefer. It’s like writing about music theory without telling you whether I prefer rock or Bach. (For the record, I like J.S. okay–you can sometimes find me hanging out listening to Classical Revolution Baltimore–but honestly you’re more likely to find me rocking out.)

So here are some notes on a few things I do or don’t like in ritual. These aren’t intended to be “this is right, this is wrong”, but an expression of personal taste. If ritual is “poetry in the realm of acts”, as Ross Nichols said, there’s nothing wrong with preferring a sonnet or free verse or a haiku, and maybe these will get you thinking about what you and those you work with prefer or don’t care for in your rituals.

As I’ve mentioned before, I’m a reflexive contrarian. So when you tell me during your ritual, “Now, you each come up to the altar and do such-and-such,” you step on one of my buttons. Who are you to tell me what to do? Didn’t I get into this Pagan thing to escape religious authority?

It’s a small change, but “Now, my friends, I invite you to come up to the altar and do such and such” creates a very different response. Oh, an invitation? I like to be invited to do things. I got invited to the party! Hooray!

Sometimes it can be even better (to me) to say “Now, I ask you to come up to the altar and do such and such.” Hey, this person is asking for my help to accomplish this ritual. I’m significant in this!

I was raised Catholic, and while I’m feeling much better now, I’m willing to give the Church some credit where it’s due. Many people have joked over the years about Catholic aerobics — sit, stand, kneel, sit, stand, kneel — but it gets the blood moving and breaks the long Mass up into more digestible pieces. Even Zen folks, renowned for sitting in stillness, mix it up with walking mediation.

And that goes double for outdoor rituals when it’s chilly out! Please, let us move around and warm up a little, even if it’s just walking around the circle from quarter to quarter.

Certainly one of the most transformative rituals I’ve ever been through was my promotion to shodan, black belt. It was transformative because it was hard, culminating in several dozen (I lost count) rounds of sparring against people who had already achieved that level. It was both a test and an initiation. I was sore for a week.

Of course fighting is not part of ritual. (Generally. I did see a great Holly King / Oak King fight staged with flaming weapons one time…) but, challenge should be. That which we easily obtain, we value little.

Mark Green led a very nice little Atheopagan ritual at Pantheacon, which involved invoking the spirit of compassion to assist us with letting go of some past failing, some incident we were dragging around with us. That was a challenge because it meant taking out some past disappointment and looking at it, doing some hard spiritual work. (Honestly, I’d rather strap on my sparring pads and go fight!)

When I was in Japan years ago, I made it a point to go to Mount Kurama. I was quite excited to visit a sacred mountain that was both the birthplace of reiki and a place where the great karate master Gogen Yamaguchi had spent much time training and mediating. But when I got to the mail temple I was disappointed. It was a dark candlelit space with various gold ornaments and with deep resonant chanting, and it should have felt like a Place of Mystery…but somehow, my impression was that it was trying too hard.

So I continued my hike up the mountain. And I ended up (by following a pretty lady hiking in flip-flops, who then disappeared, one of those occurrences I keep in my “weird stuff” file) turning off into a sacred grove of trees. Pretty much just the trees, with a small shrine, rather plain, off to one side; on the other, log benches for sitting or services or whatever. Hanging on a tree, a handmade (probably by a child) ema, a prayer-card.

The contrast with the gaudiness of the temple was striking. This was the right way to do it. Overblown production values suggest (to me) a lack of substance.

And related to that…

Suppose I was leading a healing ritual. And, suppose that as part of the ritual, I asked you to visualize light flowing from the sky, down through your body, and into the person we wish healed. I invite you to visualize this light, this healing light that’s going to do this person so much good, this golden light…

Golden light? Shoot. It looked blue to you.

Sometimes, providing less detail is more effective and can draw people more deeply into a work by encouraging them to fill in the blanks.

From a writing perspective, Ursula Le Guin’s amazing story “The Ones Who Walk Away from Omelas” is a master class in this. In order to make her point about social justice (which, by the way, seems more and more relevant every day), she must portray an almost-perfect utopia.  But, she knows that what is perfect to one reader is annoying to another. So, she says, “Perhaps it would be best if you imagined it as your own fancy bids, assuming it will rise to the occasion, for certainly I cannot suit you all.” Of course this is not all the description she gives, she sketches in the lines to guide the reader’s fancy in creating — perhaps co-creating is a more accurate word — the utopia.

So when she knocks the pins out from under it, the effect is that much stronger than if she had set it up all herself.

Of course in ritual we’re not (generally) trying to set participants up for a fall in that manner, but I think the lesson holds: let the “readers” of your ritual have a little space to be co-creators, and they might end up more connected to it.

March 10, 2015
The Witches Next Door: Being on the Same Path is Awesome! Except When it isn't
Next Post 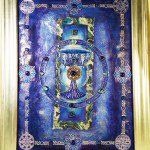 March 16, 2015 Seeking the Grail: The Waters of Spring
Recent Comments
0 | Leave a Comment
"Thank you, The Gods choose who they wish to work with. For anyone to speak ..."
Lilith Azrael Andersen Being an Irish Pagan in America ..."
"Marian green, yasmine galenorn, starhawk."
Sam Irish-American Witchcraft: Top 5 Favorite Witchcraft ..."
"Fairies are no less real because we aren’t getting photos of them every 5 minutes...No, ..."
kyuss, cannabis farmer Irish-American Witchcraft: Pareidolia and Fairies – ..."
"Thanks for the detailed tips on avoiding scammers! It's crazy to me that people are ..."
Elan R. Cross and Crossroads: How to Spot ..."
Browse Our Archives
get the latest from
Agora
Sign up for our newsletter
POPULAR AT PATHEOS Pagan
1