Author’s Note: I was going to publish the second part of my coven’s experience at Bethel church today, but I spent the weekend reading and thinking about Pope Francis’ environmental encyclical. His theology and arguments put me back into a Christian mindset and flooded my mind with memories. I decided to postpone the second Bethel piece in favor of some reflections on religion and environmentalism.

During my time in Bible College, I remember eating an organic apple on campus. When another student noticed the “organic” sticker on my lunch snack he asked why on earth I would eat organic food, since eating organic was a pagan thing to do. The conversation that followed was frustrating at best; I was told that the environment should not matter to us as Christians, and that we should not follow pagans in supporting environmental causes because our Christian faith taught us that it was God’s plan to destroy this earth.

I responded by making environmentalism the subject of my term paper, titled Eschatology and the Environment or Why Care If It’s All Going To Burn Anyways? Now, more than a dozen years later, I am amazed to find parallels to my paper in the Pope’s environmental encyclical. Thankfully, John Halstead offers 12 summary points for all of us who aren’t the kind of religion nerds who spend their weekend in front of a laptop reading 200 page papal letters and commentaries in the blogosphere.

Back in 2002, my paper was controversial and perceived as threatening to the religious community and I never thought I would read similar arguments on the website of the Vatican. What surprised me most was the Pope’s ardent rejection of an anthropocentric view of the world. “Clearly, the Bible has no place for a tyrannical anthropocentrism unconcerned for other creatures.” (¶ 68)  In my college paper I argued that as Christians holding a theocentric view of the world, we were allies with geocentric pagans because of our mutual rejection of anthropocentrism. I went to great lengths to avoid being mistaken for a pagan, highlighting the difference between theocentrism and geocentrism. “A misguided anthropocentrism need not necessarily yield to “biocentrism”, writes Pope Francis. As a Christian I wrote even more emphatically that “I found a reason to care for the environment that holds greater promise even than the earth-worshipping paganism I was so attracted to.” (Was attracted to? Who was I kidding?)

Reading this paper now I hear my younger self’s passion for persuading my then evangelical Christian community, as well as my constant fear of being mistaken for a pagan (a self-fulfilling prophesy). But aside from my personal struggle, I am struck by the enduring truth of my main premise. Now on the other side of the Christian / Pagan divide, I still believe that in our mutual rejection of anthropocentrism we are allies in the struggle against environmental destruction.

Pope Francis calls for dialogue, including with those of other religions: “The majority of people living on our planet profess to be believers. This should spur religions to dialogue among themselves for the sake of protecting nature, defending the poor, and building networks of respect and fraternity.” (¶ 201) There are parts of his statements with which I take issue, which contradict my beliefs and are in opposition to my work for justice (i.e. gender and sexual identities and roles, reproductive rights, and population issues). And yet our environmental crisis is escalating, it is immanent, and we cannot afford to reject allies, regardless of how severe our differences.

My first inclination was to take my paper and edit it to offer an argument for allyship from a Pagan perspective. However, after witnessing the creation of A Pagan Community Statement on the Environment and reading the pope’s On Care For Our Common Home, I decided to post my paper unedited (except for the deletion of a couple of particularly boring passages). I’m more than a decade older and tempted to dismiss the worlds of my younger self. But, we are often too quick to dismiss potential allies. Maybe a look back in time, into the mind of an evangelical Christian environmentalist in her early 20s, will help us accept allies from unexpected places.

[Editor’s Note:  I’ve broken this post up into a few pages to try and help make it easier to digest.  Click through with the numbered links below to reach the latter parts of the article. The comments below refer to the entire thing, not just the page viewed while making the comment.] 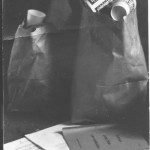 June 20, 2015
The Rantin' Raven: Songs for the Old Religion, in Context
Next Post 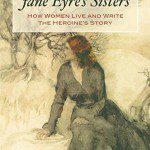 June 23, 2015 The Busy Witch: Reviewing Jane Eyre's Sisters by Jody Gentian Bower
Recent Comments
0 | Leave a Comment
"Yes, thats why its called Patheos: Pagan. Patheos is a multi belief website with blogs ..."
Michelle Gillian The Dance of Pagan Recovery: Welcome ..."
"Simply vile and disgusting how a supposed catholic website or blog is fooling its readers ..."
Luis rodrigues coelho The Dance of Pagan Recovery: Welcome ..."
"What's kind of kooky about being disabled and invisible, or different and invisible, is that ..."
JenniWest The Corner Crone: Why Are You ..."
"This really sounds interesting. Health is so important."
WildestSea The Corner Crone: The Witch’s Guide ..."
Browse Our Archives
Related posts from Agora