[Editor’s Note:  This post is part of an ongoing book club discussion here at Patheos. Check out the other posts, and join in the conversation!]

I’ve always been a fan for the works of Joseph Campbell, particularly when it comes to discussing the hero’s journey. I’ve used this mythic structure in my own writing, and I’ve even noticed when the same journey seems to crop up in my own life. It should come as no surprise, then, that I was eager for the opportunity to ready Jody Gentian Bower’s book Jane Eyre’s Sisters: How Women Live and Write the Heroine’s Story. Although I have been happy to apply Campbell’s work to my female characters (and my own life), I immediately found resonance with Bower’s suggestion that, for many women (both living and literary), the journey isn’t so much about home-away-home as it is home (until it becomes unbearable), followed by a period of intense wandering until the heroine finds (or makes) a new home. It is the journey that prompted Bower to use the term “Aletis” (Greek for “wanderer”) to describe the heroine, since the word is not dependent on the masculine the way heroine is.

Whether we call her the Aletis or heroine, this archetype certainly seems to fit a large number of female characters, particularly those of classic women’s literature. But, as this book illustrates, the path of the wanderer is not always the same: sometimes, it requires either a literal or metaphorical descent to the underworld, to face the darkness and return with deeper knowledge, and sometimes it requires a journey into the wilderness, where the Aletis has her mettle tested and learns to rely on her own power. Bower draws on literature, mythology, and psychology in an attempt to answer the question, “why do some women seek out the goddess in the cave, while others go looking for the witch in the forest?” (Bower 61), and I found the exploration and examples fascinating. This book is a must-read for writers and literary lovers alike, and I’ve been recommending it all over the place to some of my amazing colleagues.

I’m not quite ready to abandon the hero’s journey as my go-to writing script, but especially in my YA novels, I’ll be keeping the idea of the Aletis and her journey in the front of my mind as I continue to spin stories. After all, there’s power in the telling: “Stories do not just allow us to escape from an unsatisfying life. They can also allow us to imagine a new reality for ourselves, a reality we can then strive toward.” (Bower 21) I’d argue that this is true for both writers and readers. Stories are more than merely words on a page: they are powerful (and sometimes unexpected) magic.

The Busy Witch is published on alternate Tuesdays. Follow it via RSS or e-mail! Or, check out Jen’s her Facebook Page for writings, ramblings, and more magic! Drop by and say hi!

And, please use the links to the right to keep on top of activities here on the Agora as well as across the entire Patheos Pagan channel. 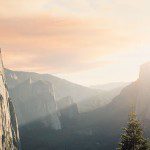 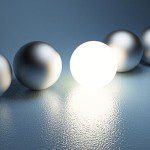 June 24, 2015 Socially Responsible Magic: How to lead and let go in your community
Recent Comments
0 | Leave a Comment
Browse Our Archives
Related posts from Agora