Dandelion Seeds: Polytheism and Polyamory are a Natural Combination

Last week over on Raise the Horns Jason has been talking about being a polytheist.  It got me to thinking about my own relationship to polytheism.  Poly directly translates from the Greek as “many”. In our society “poly” is in opposition to “mono” as a concept. The choice is between one and many. I choose many.  In my life there are many gods, many loves, and many choices.  My worldview has evolved into one where a diversity of answers is the default, rather than the exception to the rule.

Being a Druid makes polytheism the obvious choice for me, grounded in my theology, personal experience, and the lore left to us by the ancient pagans.  I believe in a myriad of Powers and Spirits that exist with us as part of the world in ways that are not always clear, but like Jason and many others, I have come to understand that the gods have agency, or the ability to think, take action, and create as well as the ability to form relationship.  In my spirit work I have relationships with many deities and spirits.  Some are mentors, some are remote figures like stern distant relatives, some are friends, and sometimes the relationship can become sexual or romantic.  I’m not a godspouse, so I can’t speak to that, but I have had intense trance experiences where sexuality was a part of what I did.  The thing is, all of these are relationships that have meaning for me.  They blend and change over time, just like my relationships in the physical plane.

In my tradition we study ancient proto-Indo-European culture because so many of the gods and goddesses we worship evolved from this linguistic root.  We can only know what linguists and archeologists have deduced from the puzzle of common root words and pottery fragments.  These people lived long before written language.   *Ghosti is one of those words linguists have discovered.  When you see an asterisk in front of a word it means that this was never a real word; it’s a word that linguists have created by comparing many related languages.  This particular word is really, really old, and seen in many languages all over the Eurasian continent.  It is the word from which both “guest” and “host” evolved.  It is a word that encapsulates the sacredness of relationship.

*Ghosti has deepened my understanding of all my relations, both with people and with other Beings.  All relationship is sacred; in every moment I am both the guest in someone else’s experience and their host in mine.  I do not control them, own them, or get to say what they do.  Not even my husband.

I’ve identified as polyamorous for most of my adult life.  My husband and I have been part of a stable quad relationship for almost three years now.  We live and work together. We are raising our kids together.  Beyond that there are sometimes lovers outside the quad, and metamors. Those are my lover’s lovers.  Often those relationships deepen into good friendships.  I have relationships with all these people in one respect or another.

Sometimes relationships change. We call this “transition.”  In my experience, in a poly context you don’t really need to “dump” anyone.  People are not trash.  Once I’ve come into a sacred relationship with someone, why would I toss them aside like a discarded sweater?  Just because I’m not in a sexual relationship doesn’t mean I don’t care.  Just like with my relations with the gods and spirits, each interaction is seen within a matrix of sacredness and flux. Sometimes relationships fade away completely, but if I treat each interaction with another person as a moment where I am hosting them I would be a horrible host indeed if I just tossed them out on the curb.  Instead I choose to allow my life to be a little more complicated than all or nothing.  It’s not really shades of grey.  It’s more like a rainbow of flavors.

In both the physical world and the spirit world I have a “poly” orientation.  I understand that there is rarely just one answer to a question, or one path to take.  It has put me in pretty strong opposition to a lot of “mono” things.  Monotheism seems to lead logically to an attitude that polarizes people into those who are right and those who are wrong.  Monoculture is a kind of agriculture where only one kind of plant is planted and it’s very dangerous because it’s so easy for disease or insects to spread and ruin the whole crop.  The Irish Potato Famine is an example.  Monogamy is one way of being, but I don’t think it’s the human default option.  If people had evolved to be purely monogamous it would be a lot simpler for humans to pull it off.  Surely if it was easy and natural radical Muslim groups wouldn’t need to stone women to death for adultery.

I’m not saying mono things are bad, but I do think that they can lead to an attitude of “I’m right and you’re wrong.” I think monogamy is going against our natural inclinations. That’s okay.  Sometimes it’s the right answer.  Sometimes pagans focus their spiritual experience solely on one god or goddess.  Sometimes one person is all another person wants or needs in terms of relationship.   Most of the time we humans live in a matrix of many kinds of relationship.  I think being honest about our poly ways is a powerful magic.   We are living examples of the realization that when it comes to human culture there are many right answers.  I embrace my polyamory and my polytheism.  My worldview says I believe in many gods and many loves.   What does your heart tell you? 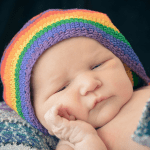