Why I am Still a Heathen

Why I am Still a Heathen August 20, 2015 Alyxander Folmer

Greetings, and welcome back to Wyrd Words. Keeping the Thor in Thursdays, here on Agora!

Patheos is doing a summer series called “Future of Faith in America”. The Pagan channel’s spot will be up on August 26. In preparation for this event, our Managing Editor Jason Mankey has started a series for the month of august called “Why I’m Still a Pagan”. I think this is a brilliant topic, and I’ve really enjoyed the various responses so far. So to that end, here’s why I’m still a Heathen.

I’ve talked before about my rather confusing religious upbringing. My mother is a conservative Baptist, my father is a solitary pagan with some pseudo Wiccan flavoring and Taoist sprinkles. Add to that my Mormon stepmother and Jewish wife and you can start to comprehend how Thanksgiving dinner with the family might get a bit… odd. So with so many other religions playing a significant role in my life, why did I settle on Heathenry?

Heathenry is a Religion of Questions

I grew up nominally Christian, though by age 13 I had become pretty detached from my mothers faith. This was mostly because everyone REFUSED to answer my religious questions. I was even scolded for asking too many questions as it denoted a lack of ‘faith’. I’ve been accused of sounding more like an Atheist than a Pagan on a number of occasions, primarily because I’m a skeptic by nature. I make a point of trying to question everything. I don’t believe in any concept or idea being somehow sacred and ‘unquestionable’. If the Allfather himself came down to Midgard and told me some secret of the universe, not only would I be suspicious of the information but I’d question the source as well. Is it really Odin? Why is he telling me this? What’s his goal? Is it true?

One of the reasons I’m still a Heathen is that I’m not only allowed to ask questions, I’M EXPECTED TO. The mantra of the Skeptic is: “Watch carefully, and be ready for anything.” Among the names of the Allfather are Báleygr and Bileygr. He is called the shifty-eyed, the wavering eye, the flaming eye, the flashing eye: all kennings for one who is suspicious of everything. I’ve never met a Heathen who holds any aspect of their faith as unquestionable. Our own sacred texts are not above critical examination; in fact the texts themselves encourage it!

Heathenry is a Religion of Ethics

Every religion has some kind of code of conduct, but what that code of conduct is based upon and how it is applied changes. I’ve often said that Heathenry promotes Ethics over Morality. Morals are strict judgments on ‘right and wrong’, and are usually presented as a kind of law. Ethics are a set of guidelines meant to encourage proper conduct. The two terms are often used interchangeably, but they ARE different. A moral judge asks what you did. An ethical judge asks why you did it.

There are no Heathen ‘commandments’. In the Eddas and the Sagas problems were rarely seen as having a single solution, and were generally taken on a case by case basis rather than attempting to make a single judgment apply to every scenario. The world isn’t black and white; there are no answers that are ‘always right’. Every situation must be taken on it’s own merit and judged independently. As a religion of questions, we are far more concerned with the WHY than the what.

Heathenry is a Religion of Values

The very structure of Heathen ethics and practice rests on a collection of values, like columns supporting and distributing the weight of a structure that could never stand on its own. Our values form the basis upon which our ethics can be explored. There’s the pillar of Frith, and the unwavering support and loyalty of kith and kin. Another is honorable conduct, regardless of whether or not modern society recognizes the value of honor. We value the ability to be self reliant, and to never stop questioning. We base our practice on the shared ideals of perseverance and the importance of holding ones word as their bond.

None of these on their own are unique to Heathenry, and on their own they could just as easily be applied to an Atheist as a Heathen. They’re powerful ideals, but it’s what we DO with them that makes the Heathen community one I really love. It’s how we apply those values to our every day ethical quandaries that makes Heathenry a thing of beauty. It’s the way we constantly question ourselves, and learn to better ourselves by adapting to new situations and information that makes Heathenry a source of strength.

Why I’m Still a Heathen

I live in a culture that promotes moral absolutism and unquestioning faith as virtues, where our beliefs, our politics, our economy, and even our media are all presented to the public as dumbed down ‘yes or no’ questions. Most people simply refuse to acknowledge the existence of anything that falls in the ‘gray area’. Conservative or Liberal. Pro-Life or Pro-Choice. Pro-Gun regulation or Pro-Second Amendment Rights. Theist or Atheist. Yes or No. Black or White.

THE WORLD DOESN’T WORK THAT WAY!

I’m still a Heathen because I believe our traditions have something valuable to contribute to the world. In a society where it’s so much easier to simply buy the party line and only associate with people and organizations that agree with that party line, I believe Heathenry has the power to remind us how to question ourselves. If there was any one thing I would pray that our community could promote to the outside word, it’s that. I am still a Heathen because we remember a lesson that so much of the world needs to be reminded of. 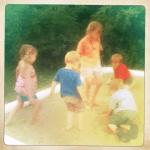 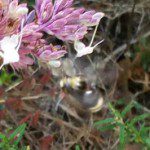 August 21, 2015 Adventures in Wortcunning: Embracing the White Sage
Recent Comments
0 | Leave a Comment
Browse Our Archives
get the latest updates from
Agora
and the Patheos
Pagan
Channel
POPULAR AT PATHEOS Pagan
1