Recently, there have been some fantastic articles going around the Patheosphere about the concept of Hospitality as expressed within various Pagan religions. For example, John Beckett’s recent article about immigration had some wonderful thoughts on modern (political) applications of this ancient virtue. There was also Cat Chapin-Bishop over at Quaker Pagan Reflections who wrote “A Pagan Isaiah,” which I felt was a truly inspired bit of writing! It just so happens that I also completely disagreed with one of the main premises of the article.

But the fact remains: as far as I can tell, we lack any real tradition of confronting social inequity. Our myths are largely silent when it comes to justice for the poor.

I disagree with that. Now don’t get me wrong, this is in NO WAY an attack on the article. It’s not even a rebuttal! I honestly believe Mrs. Chapin-Bishop did a great job, and hit on an important topic. I believe the Pagan community could gain a lot from exploring it more thoroughly.

The ancient Norse and Germanic tribes had a strong ethic of Hospitality, which eventually permeated almost all aspects of those cultures. The idea of Hospitality came to influence their politics and religion just as much as it shaped their day-to-day lives. The concept encompassed personal generosity, reciprocity, and even what we today might term “social justice”. By the end of the Viking Era, this had become a highly ritualized practice and a core part of the their worldview. Thus it’s little surprise that by the time the Hávamál was written, Odin had a LOT to say about these things!

Often it seems that our community can get too caught up in these romanticized visions of what the religion of our ancestors must have looked like. We idealize our faith to such an extent that we sometimes forget the actual ideals that our predecessors held in such high esteem. The Rites of Hospitality are a critical part of our traditions. I believe they represent the virtue by which we Live our faith, and show the world beyond our community what it means to be a follower of the old ways.

Odin’s thoughts on Hospitality (as they are presented in the Hávamál) can be broken down into four major categories, which I believe are just as relevant to our lives today as they were when the Skalds wrote the poem over seven hundred years ago.

The Hospitality of the Host and the Guest

This was probably the most ritualized part of Hospitality as it was envisioned by the ancient Norse and Germanic Pagans. If you ever hear the phrase “The Rites of Hospitality,” this is most likely the set of practices that are being referenced. In reality, these are essentially just the commonly accepted rules of social etiquette from around 1100-1300 CE in Iceland. They were mostly fairly straight forward expectations, like:

Just to name a few…

Of all the aspects of Hospitality, this is probably the best documented and the easiest to practice in our day-to-day lives. There are dozens of verses in the Hávamál with good, simple pieces of advice like these, and most of them are still common practices and expectations even today.

The Hospitality of Generosity

Odin spends a lot of his time in his “Words of the High One” talking about the value of generosity, and the expectations of “gift giving”.

The generous and brave live best.
Rarely are they burdened
by worry and doubt;
while the coward lives in fear
and the miser mourns
when he receives a gift.
-Hávamál: Stanza 48

Hospitality and Generosity were very closely linked virtues in Norse culture, and there were certain (almost ritual) expectations based on those virtues. In order to seem like a generous host, it was customary to offer a gift or a meal to one’s guests. The guest was expected to refuse, not wanting to seem greedy. The Host would then insist, and the guest would accept the gift (so as to avoid insulting the host). It was then expected that this gesture would be reciprocated at some point in the future. It’s a practice that’s still common in cultures around the world today.

The Hospitality of Reciprocity

Friends should exchange
weapons and gifts
for it is obvious
that friendships last
longest between those
who understand reciprocity
-Hávamál: Stanza 41

When I got married, I asked a good friend of mine named Randy to be my best man. He devoted a lot of time, effort, and money to fulfilling that role to the best of his abilities. He didn’t do this because he knew I would somehow pay him back. He did it because he’s one of my best friends, and he knew it would make my wife and I incredibly happy. A few months later, he and his family went on a trip across the country and needed somebody to care for all of their animals, so of course I volunteered to help in any way I could. I didn’t do it because I felt I owed him for everything he did for my wedding. I did it because I consider them all to be family; and when family calls, we answer. Always. That’s the nature of a reciprocal relationship. Both families are willing to go out of their way to help the other, and that’s how a real friendship should be!

Odin repeatedly emphasizes the importance of reciprocity. He teaches us that all relationships should be symbiotic, be it between two friends, between lovers, or even in our relationship with the gods themselves. One of the great truths of Odin is that we reap what we sow. What we receive in life all depends on what we are willing to give. The above verse is just one of many verses expressing this virtue. I chose this specific one because I feel it embodies where reciprocity ties into the concept of Hospitality. To be a good host, a good guest, a dependable friend, or a worthy lover, we must be willing to contribute to the happiness and well being of others. I believe that is the very ESSENCE of Hospitality.

The Hospitality of Charity

For those of you who may not have read “A Pagan Isaiah” yet, ( and I HIGHLY recommend you take the time to do so!) the main theme of the piece was charity and justice for the poor. Cat Chapin-Bishop’s point was that she felt there was very little within Pagan traditions that set a precedent of charitable giving. I think the Skalds of old actually had quite a lot to say about charity.

Even a small home is
better than none
At home, each person is
their own master.
For it does the heart ill
to be forced to beg
for meat at every meal.
-Hávamál: Stanza 37

The translation used here says that begging “does the heart ill,” which is not an inappropriate interpretation. But the original verse uses much more potent language, to provide a deeper picture. In old Icelandic, the verse says “His heart BLEEDS, who must beg for meat”. I can’t help but imagine, what if one’s pride could be so broken that it could be compared to a mortal wound, or one’s spirit so crushed that it seems like a physical injury. These are the images that this stanza evokes in me.

I advise you, Loddfafnir,
to take advice;
you would benefit, if you took it,
good will come to you, if you accept it:
do not scorn a guest
nor drive him away from your gates;
treat the homeless well.
-Hávamál: Stanza 135

The mark of a good (hospitable) person is how they treat those less fortunate than themselves. At several points throughout the Hávamál, Odin says that EVERYONE has value. The poor, the sick, the old, the disabled: all of them have things they can contribute to society. The Allfather urges us to remember that and lend a helping hand when we can.

The society of our ancestors valued many kinds of people. They were Explorers, Scientists, Poets, and Warriors. After Christianity came to Europe, most of the world only remembered the Warriors, but once we were known best as a people of HOSPITALITY. I believe that is a legacy we can, and should, reclaim.

We can open our Hofs, and invite the world to speak with us.

We can open our homes, and invite the world to share a meal with us.

I’m not talking about proselytization, just honest, open Hospitality. Let that be the legacy we hand to the next generation. 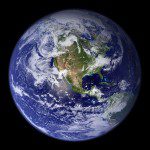 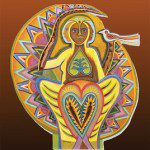 July 25, 2014 Heathen Woman: Stepping Into Ourselves: An Anthology of Writings on Priestesses (Review)
Recent Comments
0 | Leave a Comment
"I absolutely resonated with this; there’s a John Wick action figure on my Mórrígan altar"
femmetac Making Light: My Little Pony on ..."
"This is great, thank you! Litha blessings!"
Elaine Kolp Salt City Pagan: How Pagans Celebrate ..."
"I think its awesome youre a Buddhist and a Pagan. Namaste! I became a Pagan ..."
Brianna LaPoint Salt City Pagan: Why I Choose ..."
"Energy cannot be created (what is having children then?) nor destroyed. I think that this ..."
Brianna LaPoint Salt City Pagan: Why I Choose ..."
Browse Our Archives
get the latest from
Agora
Sign up for our newsletter
POPULAR AT PATHEOS Pagan
1