My contribution to Patheos Pagan is spotty, at best, mainly because it takes a fair amount of effort to squeeze in something worthwhile for the blog between managing my own household, raising two busy kids, and tending to my own practice. I’m certain there are busier people than I who manage to post more frequently, but I’m personally not that good at multitasking. Between dishes and blogging for Patheos, dishes take precedence. Failure to blog doesn’t result in ants and bad smells.

In addition to that, the return on investment isn’t that great. The kinds of conversations I want to be having are not the kinds of conversations that the majority of people seem to want to have. Maybe the problem is me, but it seems that the loudest voices are the ones who actively seek to cause controversy and those who speak from a place of anger or disdain. Those are not the conversations I want to be having. I want to talk about beauty. I want to talk about love. I want to speak from a place of compassion and I want to share the things that make my heart sing. My personal blog has fulfilled much of that need. The majority of those posts are about spinning, knitting, sewing, and making jam. Nobody’s feelings are going to get hurt if I post a picture of a half dozen jars of pie filling or some yarn that I made. I’m not looking for page views (though that’s nice), I just want to talk about stuff that makes me happy. Angry blogging does not make me happy and there’s a lot of angry blogging here.

My gods and my practice make me happy. I want to talk about that and I want to read about how your gods and your practice makes you happy. I want to meet other people who worship Apollo and other Hellenic Polytheists so we can rejoice together in our love of the gods. I don’t want to argue about whose practice is better or more historically accurate or more right. I just really love my gods a lot and if you do that in a way that is good for your health and well-being, you can’t do it wrong. Maybe that’s a kind of heresy, but I’m pretty much okay with it if it is.
I feel like maybe I have interesting ideas about theology and that maybe some people would like to read about those ideas. It doesn’t matter to me if you disagree with me, but it does matter if you’re not very nice about the way you disagree with me. Xenia goes both ways and I will make every effort to be courteous and respectful, but I also expect the same from others. I’m a real person with real feelings and emotions and unless it’s kind, timely, and true, don’t say it. I’m not fragile, I can take criticism, and I don’t mind arguing, but if it can’t be a civilized argument, I want no part of it.

The Pagan blogosphere is toxic. Page views and the latest controversy take precedence over sharing ideas, acting compassionately, and helping one another succeed in a society that is, for the most part, hostile to all of us. I know a gentleman in my community whose wife died recently after a long fight with cancer. He’s a good man. Their son is a good kid. She was as skilled a Priestess as I’ve ever seen. He’s in the broom closet and the fact that her memorial service had to be conducted on the down-low to protect him and their son breaks my heart. He shouldn’t have had to do that, but he did and it doesn’t matter what kind of Pagan they are or how I feel about their theology. What matters is that we’re there to help them through such a huge loss. The outpouring of support for this family from a wide range of Pagans, including Wiccans, Heathens, and many others, is pretty much the opposite of what I’ve seen on Patheos and her memorial service has reminded me that my meatspace community is where I need to be. That’s where the love is. By and large, I’m not seeing it here.

Mind you, I’m not condemning everyone at Patheos Pagan or elsewhere in the Pagan blogosphere. There are pockets of respect, love, compassion, and joy, but those voices are much too few and far between and too often, those voices go quiet when the vitriol gets too loud. That’s happened recently to a fellow devotee of Apollo and I regret to having been away from Pagan spaces on the internet when it happened. I wasn’t there to say “No. That’s not cool.” I wasn’t there to say that no one can dictate what your experience of the gods might be. I wasn’t there to say “Haters gonna hate” or “I value your voice” because the Pagan blogosphere has left such a bad taste in my mouth that I abandoned pretty much everything on the internet that doesn’t have to do with yarn.

Unless the culture changes, I’m going to go back to my private practice, my pretty yarn, my lovely children, my beautiful family, my charming friends, and my utterly amazing gods. If you have something to say, ask yourself: Is it true? Is it timely? Is it kind? If it isn’t all of those things, it might be a good idea to step back and see if you can’t say what you mean in a way that meets those criteria– which is why I’m not pointing fingers at any particular blog or author. It’s a general trend and I’m sure that we could find examples of poor behavior without even trying very hard, but I’m trying to do my part by not singling anyone out.

Here are some things I’d like to talk about, with contributions from my besties Sophia and Rose (thanks guys!):

If you’d like to talk about these topics or other things that don’t involve angry sniping, I’m game. Give me a holler in the comments and I’ll write more. Otherwise, I’m going back to my yarn. 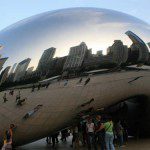 November 15, 2015
The Other Side of the Hedge: Scrying Over You
Next Post 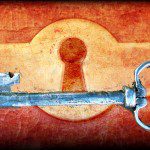 November 16, 2015 Seeking the Grail: Tolerance, Bigotry, and Paradox
Recent Comments
0 | Leave a Comment
Browse Our Archives
get the latest from
Agora
Sign up for our newsletter
POPULAR AT PATHEOS Pagan
1