Happily Heathen: Offerings For The Gods – Part One – The Vanir

Happily Heathen: Offerings For The Gods – Part One – The Vanir January 22, 2016 Cara Freyasdaughter

A Gift Begets a Gift

As a practicing Heathen, a key cornerstone of my spiritual practice is the offering of gifts. The Havamal (“The Sayings of Har”; ie, Odin in disguise, doling out practical wisdom on a number of topics) has a lot to say about gift giving and fostering reciprocal relationships. Though Odin focuses more on how to build relationships between humans, I think the same advice can be applied equally well to our relationships with the Gods.

Hast thou a friend whom thou trustest well,
from whom thou cravest good?
Share thy mind with him, gifts exchange with him,
fare to find him oft. (Havamal, stanza 44; Olive Bray translation)

In other words, if you want to build a lasting relationship with someone, visit that person, share your thoughts and opinions with that person, and give that person gifts. Common sense from the God of Wisdom.

Unfortunately, what I’ve often run into in the course of working with people who are new to Heathenry is that a lot of them are uncertain what to offer to the Gods. They are worried that they will somehow “mess it up” and offend the Gods instead of honoring them. I can’t speak for other pantheons, but in my experience the Norse gods are an easygoing lot. Of course, they appreciate quality ingredients (who doesn’t?), but if you offer them anything with good intent, they’ll appreciate it.

(Though if, for example, Odin has bopped you on the head several times stating that he wants a certain kind of whiskey, and you don’t tell him no but you still keep ignoring His request, I can’t guarantee that he’ll continue to be grateful. Some gods are more easygoing than others.)

When to Make an Offering

An offering doesn’t need to wait for a holy day or at a public blot. Gifts can be given at any time for any number of reasons. Think of your relationship with a deity as if it were a relationship with a new acquaintance whom you admire and want to impress. When would you give that person gifts?

My personal gift-giving schedule is dependent on the individual deity involved. I tend to do small weekly or even daily offerings to the deities with whom I’m closest. These smaller offerings can just be a shot of alcohol, or a cookie, or a square of nice chocolate. I do larger offerings to all of the Norse Gods, ancestors, and landvaettir about once a month (I call this state of my altar “fully libated”). This generally includes offerings of full shots of several types of alcohol and small plates of roasted pork or beef. Alternatively, If I happen to run across something that I know one of my deities would really appreciate–a gold foil-covered chocolate bar with honeycomb and candied ginger for Freya, for example–I’ll grab it and either offer it that night or wait until a special occasion comes up. Every once in a while, I’ll make a large offering as a thank you to a specific deity for gifts they have given (or prayers they have answered). Keep in mind that it’s taken me over fifteen years to build up this devotional practice; many people making offerings much less frequently, and to my knowledge Odin hasn’t struck them down yet.

What Should I Offer?

Poems, prayers, songs, or other artwork in honor of the deities always make great offerings for the gods, particularly if you have created them yourself. That said, the Norse gods really like to drink. Mead the best default option for all of the gods, assuming you can get it, though every deity has His or Her favorites. If you don’t have the money to buy a bunch of different alcohols, one option is to pick up a large bottle of one liquor that you think most of your deities will like. (I had a several-month-long period of time when everyone on my altar was being libated with Jack Daniel’s Tennessee Honey whiskey, for example; nobody complained.) A six-pack of some kind of rich, amber-colored beer (such as Anchor Steam or Sam Adams) will likely cover all of your deities with enough left over for the next round.

When traveling or when making a one-off type of offering, mini-bar bottles work well. For example, I don’t libate to Gullvieg often enough to warrant Her having her own full-sized bottle of Goldschlager on the altar (even assuming I’d offer it to Freya or Loki on occasion), but luckily it comes in mini-bar sized bottles. (Thank the Gods for whoever invented the mini-bar!)

Offerings for the Vanir

(The Cliff notes version: When in doubt, offer gold or pork. Or mead, of course.)

The Lady does like high-quality items, but not all offerings need to be expensive. Anything that is given from the heart will do.

Food: Chocolate; fruit (raspberries, strawberries); honeycomb; honey; candy.
Drink: Mead; fruit liqueurs (I have a homemade raspberry-honey liqueur that I make specifically for Her); chocolate liqueurs; Goldschlager. Anything that is sweet and spicy; sweet wines; sweet, dark beer. Non-alcoholic drinks could be apple cider, fruit nectars, and sweet coffee drinks.
Other offerings: Fresh flowers; amber; gold; jewelry; beeswax; love songs; erotica; “all acts of love and pleasure”. I also have a friend who offers Freya her tears; I believe that Freya thrives on any intense emotion that you care to offer to Her.

Lord Ingvi-Freyr, in general, is much less high-brow in his likes and dislikes than Freya. He is a god of farming as well as a god of kingship.

Food: Pork, in any form. (I tend to offer him pulled pork.) Venison. Apples, bread, and barley (or other grains). Nuts and legumes. Seeds of all kinds.
Drink: Rich, dark beers. Herbal liqueurs. Apple cider (both alcoholic and non-).
Other offerings: Gold; coins; antlers. Sheaves of wheat or other grains. Images of deer or stags. He’s a fertility deity, so anything phallic is also very appropriate. Leaving the last sheaf of wheat from your field standing is a very traditional offering for Freyr (as well as other agriculture gods and landvaettir).

Njord is, in my experience, a very generous deity. Njord is often content enjoying whatever the other Gods are being offered, and he’s also often happy to share his offerings with any other deity.

Food: Fish, seafood, and pork. Clam chowder with crusty bread. Herring and rye crackers. Gold-covered chocolate coins; chocolates made with sea salt or in the shape of seashells.
Drink: Dark beer; gin; vodka. Or, anything that you have available. (Currently, He has a bottle of Death’s Door gin from a local distillery.)
Other offerings: Gold, beads, shells, spices, and anything else than has been used/can be as currency. Tobacco, either smoked in a pipe or offered loose. Seashells; fishing gear; boats; anchors.

Though not listed in the Eddas, Nerthus is sometimes seen by modern Heathens to be one of the earliest Vanic deities. Since she has so many similarities with Freyr (agriculture/fertility deity; traditional procession in a wagon), a lot of the same offerings can be made to Her. As her name is also etymologically cognate with Njord’s, so offerings for Him may also work for Her.

Food: Beef and pork. Root vegetables; greens (both the bitter and the mild ones). Whole-grain breads and cheeses of all kinds.
Drink: Cow or goat’s milk. Stout or other dark beers.
Other offerings: Gold or amber necklaces, or other valuables. Historically, Nerthus’s offerings were thrown into bogs, so giving your offering into a body of water would be particularly meaningful. I’ve also heard of people offering Nerthus their secrets, if you have any; She takes them off of your chest and keeps them locked away for you.

Unfortunately, Skadi is not as easy-going as Njord. She doesn’t suffer fools and does not value much of what our modern consumer culture has to offer. However, what She does value is hard work, and intent followed up by action. Hunting, fishing, and self-sufficiency are in Her domain. (And booze. She is a Norse deity, after all.)

(Vanir, by marriage to Njord)

Food: Raw (or extremely rare) meat–something you caught and killed yourself, ideally. Jerky. Berries and other produce that can be gathered in the wild.
Drink: Vodka or other clear liquors.
Other offerings: Time spent alone in nature hunting or hiking. Donations of time or money to protect natural areas or to help save the wolves.

Gerd is the beautiful ice jotun whom Freyr saw standing in the courtyard (or garden) of her father’s hall. Heathens often see her as representing the cold, hard ground of winter which is thawed and made fertile by Freyr’s summer heat, so anything having to do with the growing of food in gardens or orchards are within Her domain.

(Vanir, by marriage to Freyr)

Food: Fresh produce, especially if it is from your garden. If you do not grow any of your own food, local, seasonal produce will work as well.
Drink: Wines and fruit liqueurs. Apple cider.
Other offerings: Fresh flowers. Seeds and plants. Time spent tending your garden. Any of the products of your garden.

This thrice-burned, thrice-reborn elder stateswomen of the Vanir tribe who helped start the Aesir-Vanir war loves all things fiery and gold. To her go the fire-alarm chiles, blackened salmon, and bitter, dark chocolates. She is definitely one of those deities that John Beckett would refer to as “not safe,” so it may be best to have a clear goal in mind when starting a relationship with Her.

There you have it. “Offerings For the Gods” Parts 2 and 3 will cover suggested offerings for the Aesir and Jotnar, respectively. When in doubt, remember–what the Gods will appreciate most is that you took the time and effort to make an offering and to start building that relationship. (Also, mead is a good thing. Buy some. Or better yet, brew your own.) 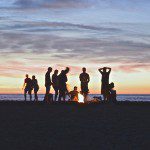 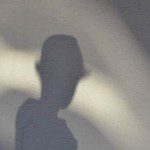 January 23, 2016 The Path of She: An Imbolc Meditation - Brigid and the Light and Shadow of Soul Work
Recent Comments
0 | Leave a Comment
Browse Our Archives
get the latest from
Agora
Sign up for our newsletter
POPULAR AT PATHEOS Pagan
1