Our Gods Are Not Safe

The Anomalous Thracian is right: it’s a damn fine time to be a polytheist. While isolated individuals have been singing hymns to Pan and pouring libations to Zeus for at least 200 years, ours is the first generation to begin collectively restoring the Way of the Gods. We’re not just seeing an explosion of devotion, worship, and scholarship – we’re helping create it.

As with virtually all religions, this polytheist expansion is being led by those who are deeply and personally involved in the movement: scholars, priests, mystics, devotees and others for whom the Gods, Their worship and Their work are a major part of their lives. But the polytheist restoration is growing beyond the God-bothered, and while this is a very good thing it presents some challenges for those of us who are its advocates.

In order to fully restore the Way of the Gods, in order to build a culture where polytheist ideas, values, and virtues are commonplace if not predominate, polytheism must be accessible for those who simply want to honor the Gods and live virtuous but ordinary lives. It must be as accessible for the accountant and the plumber as for the priest and the scholar.

Because the truth is that our Gods are not safe.

This should be self-evident, no matter how you conceive of the Gods. Forces that are far older, stronger, and wiser than humans and that are associated with wonders are not to be trifled with. And yet we see this frequently in the wider Pagan world and occasionally even in polytheism. Much of it flows from our religiously illiterate and immature mainstream culture, which doesn’t know much about the religion it professes to follow, much less other religions.

I have no desire to scare off potential polytheists, but honesty compels me say that while there are varying degrees of commitment and devotion, there is no such thing as casual polytheism.

The Gods of Nature are beautiful and terrible. Despite what we see in Disney movies, bears aren’t cuddly and lions aren’t noble kings. Bears and lions are beautiful creatures, but they will kill you and eat you, not necessarily in that order. Storm chaser video of tornados is amazing, till you realize it’s destroying homes and schools and everything else in its path. Nature is beautiful and terrible, and so are the Gods of Nature. Praying to a God of the Sea on a calm night from a 1000-foot cruise ship is one thing. Saying those same prayers during a storm from a small wooden fishing boat is something quite different.

The fae and the spirits of Nature have also been Disneyfied, but read some of their stories from as little as a hundred years ago and you realize they are not cute and safe.

The Gods aren’t demons. The art of summoning demons isn’t really Pagan – it comes from the Christian magic of the Middle Ages. But the image of a mage summoning a demon into a magic circle to do his bidding has found its way into modern Pagan culture. I have minimal experience in demon work – it doesn’t really interest me. But I know the first rule: never summon anything you’re not sure you can banish. You’d better be stronger than the demon, circle or no circle.

You aren’t stronger than a God. The Gods are virtuous and ethical, but Their ethics don’t always align with our ethics, much less with your self interest. We have sovereignty even when dealing with the Gods, but if you get into a battle of wills you will lose, every time.

The Gods aren’t vending machines. In the words of Morpheus Ravenna “the Gods aren’t divine vending machines that you put devotion coins into until blessings fall out.” Do not expect that because you pray and meditate and make offerings a God will automatically grant your wishes. While I don’t agree with the Neoplatonists who said the Gods have need of nothing, the idea that divine beings can be bribed with a little wine and some sycophantic praise borders on the absurd.

Our devotion brings us into closer relationships with the Gods. I’ve found that to be a good thing, but definitely not a safe thing. As with all good and honest relationships, the giving goes both ways, and some of the things I’ve been asked to do have been difficult, and at times unpleasant.

It’s not safe to get in the way. You might get run over by a raging Stag or swept away by a mighty River.

The most common mistake beginning Pagans and polytheists make is to assume the Gods are here to help us and that They always have our best interests at heart. Certainly They have interest in us, and I have experienced Their love and support, even during times in my life when I could offer nothing in return. But that love and support is neither unconditional nor indefinite. It presumes reciprocity – I have received, so at some point I will give. Sometimes that reciprocity is expected, sometimes it’s requested, and sometimes it’s demanded.

Safety isn’t the greatest good. We live in the most safe and secure society in the history of the world, and yet many of us live in fear. Some of this is because we have much and therefore much to lose. Some is because we recognize the contemporary Western lifestyle is not sustainable and we see the destruction of the natural world it is causing. And some is because we must deal with predators wearing custom-made suits instead of fur and fangs.

Life is dangerous, and in the end, everyone dies. Rather than demanding life be made risk-free (an impossible task), let us learn and grow so we can live courageously and heroically.

It’s still a damn fine time to be a polytheist. More and more people are hearing the call of the Gods. They can’t believe what the monotheistic religions tell them they have to believe. They feel the call of the natural world. They hear the call of their ancestors and their beliefs and practices. Let us encourage them to join the Pagan and polytheist movements, but to do so with their eyes wide open.

In the service of the Gods, I become a part of Their goals and plans – I become part of something bigger, more lasting, and more important than myself.

Even if it isn’t very safe. 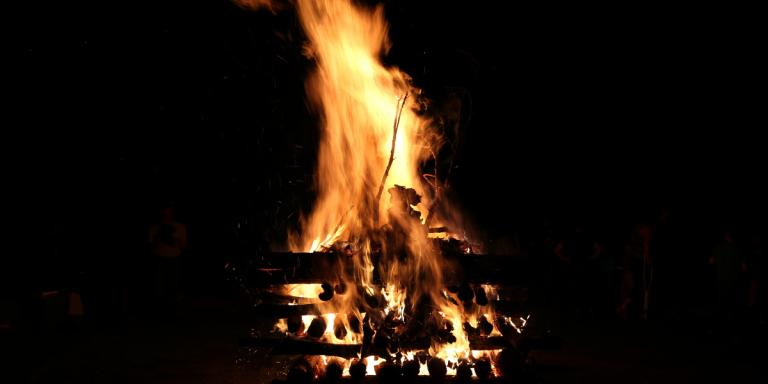 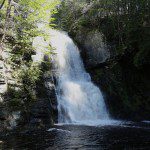 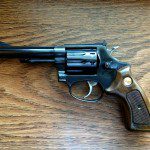 October 3, 2015 America and Guns – Reaping the Harvest We Sowed
Recent Comments
0 | Leave a Comment
"I finally have time to watch it and started yesterday. It has a Riverdale/Sabrina vibe, ..."
Nekoshema Wednesday
"Yes!!! So glad I am not the only one that thinks this!! LOVED this show, ..."
Erin McGuire Wednesday
"Thank you for this. I did not know about "Wednesday" and reactivated my Netflix account ..."
OrderInTheQuartz Wednesday
"Glad to hear a review from you. I keep hearing nonsense from people who just ..."
MadGastronomer Wednesday
Browse Our Archives
Related posts from John Beckett