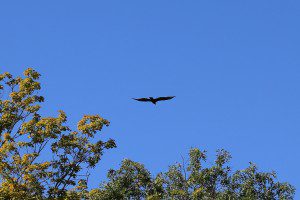 1) Last week’s papal visit to the United States generated polarized comments from the Pagan community.  Some Pagans love him and point to his emphasis on the poor and the environment.  Others hate him and point to his refusal to consider ordaining women and to his backward views on gender, sexuality, and reproductive issues.

When Francis was elected pope two years ago, I said this:

The Catholic church has a long tradition and an immense bureaucracy and like a large ocean liner it cannot be turned quickly – assuming it wants to turn at all. It is not reasonable to expect this pope to reform his church in the ways those of us on the liberal side of the religious spectrum would prefer. But there are things he can do within the bounds of traditional Catholicism that will make our world a better place.

Francis has done exactly what I hoped he would do.  He’s brought his church from the 15th century into the 19th century.  That’s not enough, but it’s progress, and I’m happy for it.

As a Pagan, that’s all I can expect.

2) Volkswagen has been found to have manipulated engine programming in order to pass emissions tests on their cars with diesel engines.  When the car is operating in a way consistent with testing, the engine retunes itself to lower pollution, but at the cost of both performance and fuel economy.  Under normal operations, these cars emit as much as 40 times more pollutants than allowed.

Almost all diesel engines use urea injection to reduce emissions – VW was the exception.  They managed to meet the requirements without it – that saved money for VW and for VW owners.  Now we see how they did it.  Fixing this is going to be expensive for VW and for owners, regardless of how it’s done.

When Cathy and I were in England in 2007, we had a diesel Golf for a rental car.  Over a week of mostly highway driving, I got 47 MPG – and that’s US gallons.  My Prius only does a little better and the diesel Golf was a lot more fun to drive.  I thought about getting a VW diesel last year, but the Prius has a much better reliability record.  I’m really, really glad I stayed with the Prius.

3) Some of my libertarian friends like to rant against government regulation.  This is a perfect example of why we need good regulations and strong enforcement.  Left to the “free market” VW and other auto makers would have continued to do like they did for years – dump harmful pollutants into the atmosphere at whatever rate they liked.  As someone old enough to remember breathing before the Clean Air Act, I’m very glad we have environmental regulations.  I just wish we had adequate regulations on carbon dioxide emissions.

Fortunately, corporate executives live in mortal fear of bad publicity and are terrified of going to jail.  Regulations force them to include the public good in their decision making. 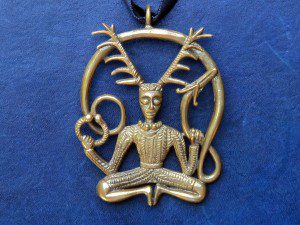 4) It was very nice talking with Kristoffer Hughes at the East Coast Gathering.  Kris is loads of fun to hang out with, and I greatly appreciate drawing on his experience with the Anglesey Druid Order.  But I wasn’t expecting a gift.  Kris found this pendant at the UK equivalent of a flea market from a seller named Beckett.  That was a pretty good sign it needed to go to another Beckett in Texas.

Kris, thank you so much.  I love the pendant and it goes perfectly with my new robe.

5) I’ve been to the East Coast Gathering for five straight years.  This year was the first time I made a side trip to Bushkill Falls, which is about a half hour south of the camp.  Others have been talking about it for years – I don’t know what took me so long, but I’m glad I finally went.  It really is a beautiful place.

Bushkill Falls bills itself as “the Niagara Falls of Pennsylvania.”  It’s nowhere near as large as Niagara, but it is a nice series of smaller falls.  I had planned to spend about an hour there – Cynthia (who was traveling with me again) and I ended up going on a longer hike and being there for over two hours. 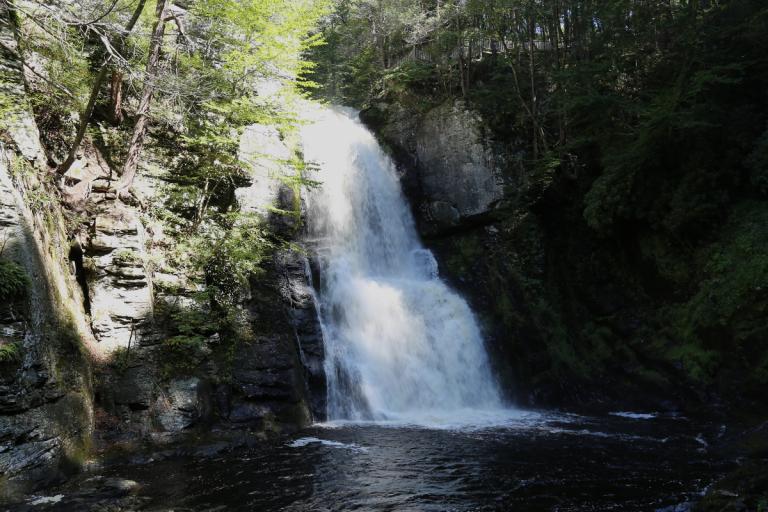 I complained about the entrance fee ($13.50), but once I got in I realized there’s a lot of work and expense in maintaining the boardwalks.  Without them, most people couldn’t safely access the falls, and those who did would damage the land.

If you’re in the area, stop in and enjoy the falls. 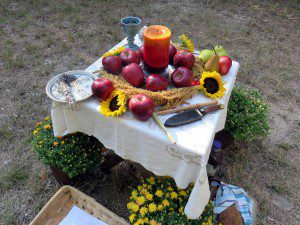 6) This past Saturday I attended the first-ever Alban Elfed celebration of the River of Stars Druid Fellowship, an OBOD Seed Group.  River of Stars is the first OBOD group in the entire state of Texas.  We met at the Oak Cliff UU Church, performed the Light-Body exercise in the labyrinth, then held the ritual in a clearing in the walking trails.  Other than the background noise you’d never know you were in the city of Dallas.

River of Stars has big plans for future events.  If you’re an OBOD member within driving distance of Dallas, check out their Facebook page and make plans to attend.

7) Now that we’re past Alban Elfed / Mabon / Autumn Equinox / pick your name, it’s time to start thinking toward Samhain.  If you’re in the North Texas area, I encourage you to celebrate Samhain with Denton CUUPS.  We will honor the Gods, the ancestors, and the spirits of the land.  We’ll have an ancestors altar for your pictures and other mementos.  And we’ll walk the Spiral Labyrinth.

This is something we first did in 2011.  It’s beautiful and powerful.  It’s also a ton of work to set up and take down, which is part of why we haven’t done it since.  But it’s time to do it again, and I’ve been getting instructions on how to update the ritual, so we’re doing it.

We usually have good weather for Samhain (except for 2013, when an unexpected thunderstorm ran us inside after we had already set up outside), so we expect to be outdoors.  But if it rains, we’ll move inside.  Samhain goes on regardless of the weather. 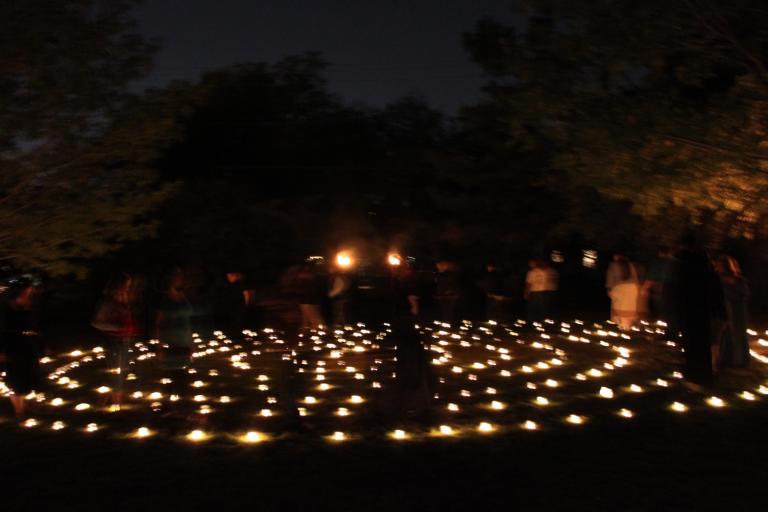 8) I’ll be in the pulpit twice in November.  I’ll be speaking on “Worshiping Fearsome Gods,” an adaptation of the workshop I presented at Pagan Unity Fest.  The children’s story will be “Cormac and the Silver Branch” which I told around the campfire at the East Coast Gathering.

9) So John Boehner is going to resign as Speaker of the House.  I’m no fan of Boehner, but at least he tried to make government work.  I’m hoping and praying the Republicans elect someone fairly moderate, but I suspect they’re going to go for a Tea Partier who’s spoiling to shut the government down.

I’m a political liberal, and the older I get the more my views move toward socialism.  But at the end of the day, I just want things to work.  I’m sick of elected officials who want to take their ball and go home because they can’t get what they want.  They love to talk about separation of powers, up until the Democrat in the White House keeps them from turning the country even farther right than it already is.

But for the sake of all the Gods, vote for sane adults. 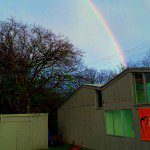 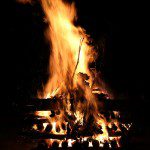 October 1, 2015 Our Gods Are Not Safe
Recent Comments
0 | Leave a Comment
"As someone who believes in reincarnation, I also tend to believe that once on the ..."
Sreyman77 Ancestor Work
"If anything, ancient Greeks and Romans arguably went perhaps a little too far in the ..."
Cardunculus Ancestor Work
"I think it's worth mentioning that the ancient Greeks built their religious beliefs on the ..."
Aelfrey Ancestor Work
"For me, it's easier to relate to my maternal grandfather's side which was Irish Catholic ..."
Brent Dannells Ancestor Work
Browse Our Archives
get the latest from
John Beckett
Sign up for our newsletter
POPULAR AT PATHEOS Pagan
1 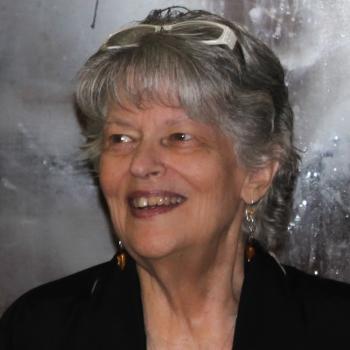 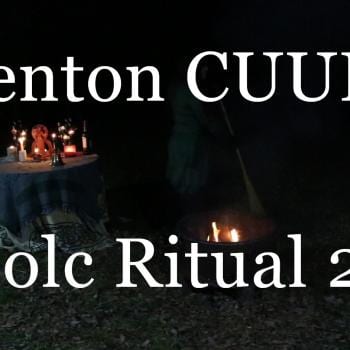 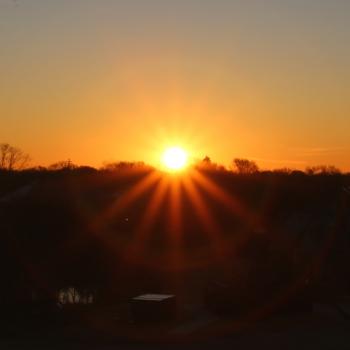 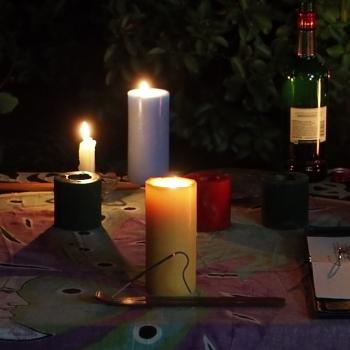