The Pope Gets It – A Pagan Look at Laudato Si’ 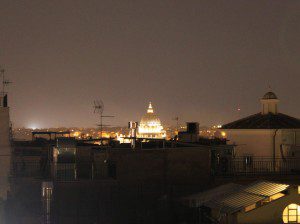 When the Pope – the leader of the oldest and largest Christian denomination in the world – issues an encyclical (a teaching letter meant to be circulated) on the environment, it’s a big deal.  Not just for the Roman Catholics for whom the teaching is authoritative, but for everyone else as well – the Catholic church still has considerable influence in world affairs.  I’ve been waiting to read it ever since I first heard about it.  I was not disappointed.

The title Laudato Si’ means “praise be” and comes from a canticle of Saint Francis of Assisi, the namesake of Pope Francis.  The letter begins

“LAUDATO SI’, mi’ Signore” – “Praise be to you, my Lord”. In the words of this beautiful canticle, Saint Francis of Assisi reminds us that our common home is like a sister with whom we share our life and a beautiful mother who opens her arms to embrace us.

This sister now cries out to us because of the harm we have inflicted on her by our irresponsible use and abuse of the goods with which God has endowed her. We have come to see ourselves as her lords and masters, entitled to plunder her at will.

Throughout the encyclical, Pope Francis accurately and powerfully describes our origins in the Earth, our dependence on the Earth, and our desecration of the Earth.  More importantly, he describes how our harmful actions flow from a “throwaway culture” that mistakenly seeks meaning in things, and how the negative results are borne predominantly by the poor.

If you think Laudato Si’ is only about climate change, you need to read it for yourself.  It discusses the problems the poor have with access to clean water, the loss of biodiversity, the decline in the quality of human life and the breakdown of society, global inequality, and the weak responses to these problems from governments and individuals.

Both everyday experience and scientific research show that the gravest effects of all attacks on the environment are suffered by the poorest.

we have to realize that a true ecological approach always becomes a social approach; it must integrate questions of justice in debates on the environment, so as to hear both the cry of the earth and the cry of the poor.

The Pope grounds his argument in Christian tradition and scripture. He quotes from previous popes and various bishops’ conferences.  But he does so to inspire the faithful, not to assert the superiority of his own religion.  Laudato Si’ is an ecumenical document, in the best and widest sense of the term.  Francis says

Given the complexity of the ecological crisis and its multiple causes, we need to realize that the solutions will not emerge from just one way of interpreting and transforming reality. Respect must also be shown for the various cultural riches of different peoples, their art and poetry, their interior life and spirituality.

Though he uses the word “sovereignty” only to refer to the independence of nations (at least in the English version), Francis clearly understands the ancient meaning of the word.  He says

It is not enough, however, to think of different species merely as potential “resources” to be exploited, while overlooking the fact that they have value in themselves … Because of us, thousands of species will no longer give glory to God by their very existence, nor convey their message to us. We have no such right.

And in regards to the land itself, he says

Thus God rejects every claim to absolute ownership: “The land shall not be sold in perpetuity, for the land is mine; for you are strangers and sojourners with me” (Lev 25:23).

Francis doesn’t just see the problems, he also sees their causes.  The environment, the economy, and society are inseparably intertwined.

When people become self-centred and self-enclosed, their greed increases. The emptier a person’s heart is, the more he or she needs things to buy, own and consume. It becomes almost impossible to accept the limits imposed by reality. In this horizon, a genuine sense of the common good also disappears.

Technology, which, linked to business interests, is presented as the only way of solving these problems, in fact proves incapable of seeing the mysterious network of relations between things and so sometimes solves one problem only to create others.

It is one thing to describe a problem so immense.  It is quite another to propose a solution.  Pope Francis does not propose an agenda of specific actions.  Instead, as a spiritual leader he proposes a spiritual solution.

Christian spirituality proposes an alternative understanding of the quality of life, and encourages a prophetic and contemplative lifestyle, one capable of deep enjoyment free of the obsession with consumption. We need to take up an ancient lesson, found in different religious traditions [emphasis mine] and also in the Bible. It is the conviction that “less is more”.

A constant flood of new consumer goods can baffle the heart and prevent us from cherishing each thing and each moment. To be serenely present to each reality, however small it may be, opens us to much greater horizons of understanding and personal fulfilment. Christian spirituality proposes a growth marked by moderation and the capacity to be happy with little. It is a return to that simplicity which allows us to stop and appreciate the small things, to be grateful for the opportunities which life affords us, to be spiritually detached from what we possess, and not to succumb to sadness for what we lack. This implies avoiding the dynamic of dominion and the mere accumulation of pleasures.

Pope Francis gets it.  He gets our origins in Nature and our dependence on Nature.  He gets the inherent value of every person, every species, and every ecosystem.  He gets the damage human greed has done to Nature and to the poor.  He gets that only a spiritual response will produce real, lasting change.  And he proposes a Christian approach to such a response.

As a human whose destiny is tied to our common home, I applaud Laudato Si’ and I encourage my Christian friends (Catholic or otherwise) to read it and carefully consider how they can incorporate its message in their lives.

As a Pagan, I accept the challenge to help create and promote a Pagan and polytheist spirituality that will be at least as effective in building a society that is respectful, compassionate, and sustainable.  As a start – but only as a start – I recommend reading and signing the Pagan Community Statement on the Environment.  The statement itself is here – my thoughts on it are here.

Laudato Si’ is not perfect.  It dismisses concerns about overpopulation and it includes an irrelevant condemnation of abortion.  And it has no implementation plan.  While the days when the Pope could force ordinary Catholics to do anything are long gone (and that’s a good thing), Francis could have instructed his bishops and priests to preach and teach on “an alternative understanding of the quality of life” on a regular, on-going basis.

Still, as I tell Pagans who refuse to sign the Pagan Community Statement on the Environment because it’s too weak, it’s a good start.  Thank you, Pope Francis. 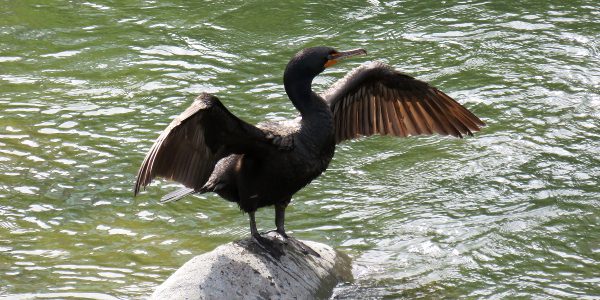 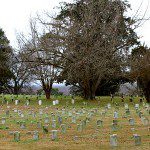 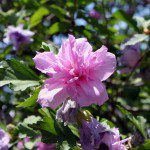