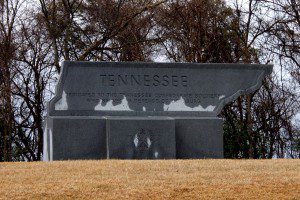 Ancestor veneration is a major part of many religions.  We see it in the Old Testament, in the genealogies and in the commandment to honor your parents.  We see it in Confucianism and Shinto.  We see it in the remaining tribal religions of the world.  And we see it being restored and re-created in modern Paganism, especially in polytheism.

This is a good thing.  Honoring our ancestors reminds us who we are and where we came from.  It unites us with others who share the same ancestors.  It acknowledges that our lives are built on the foundations laid by those who came before us, and it reminds us that some day we will be the ancestors – we have an obligation to leave a healthy world and a thriving society for those who come after us.

When I explain ancestor veneration to non-Pagans, almost everyone gets it.  It’s a spiritual practice that doesn’t need an elaborate theology or a complicated doctrine to justify it.  Intuitively it feels right.

But it also brings a frequent question:  “what about my ancestors who weren’t good people?”

We’ve all got one somewhere in our family history.  Maybe it’s as close as an abusive mother or a father who walked out on the family.  Maybe it’s a grandparent who was a murderer or a many-great grandparent who owned slaves.  What do we do with troublesome ancestors?  I hear three different approaches from contemporary polytheists.

The first says if they’re troublesome to you, simply ignore them.  The second says no, they’re your ancestors and you owe them honor regardless of what they did.  Rational arguments can be made for either approach, but I find them all unsatisfactory.

The first ignores the fact that you wouldn’t be here if it wasn’t for them.  Very few people are completely bad – or completely good – and most were a product of their times and circumstances.  To erase someone from the ancestral line because they don’t meet our standards of ethics and morality is harsh and potentially unjust.  There may very well be something in your life your descendants will look back on 150 years from now with discomfort or even revulsion.

The second approach whitewashes the very real harm troublesome ancestors created.  Some of us carry deep emotional and even physical scars from family abuse.  Other ancestors created and perpetuated institutions that continue to cause harm long after they’re gone.  Ignoring that harm makes recovery more difficult – you can’t fix what you won’t address.  Besides, it’s dishonest to pretend someone was heroic when in reality they were just mean.

The third approach is grounded in both duty and honesty.  It calls us to honor our troublesome ancestors for the things they did well and the things that benefit us today.  At the same time, it insists we not ignore what they did wrong.  If they hurt us, our first obligation is to recover from that wound – and if that wound is too deep or too fresh, we may only be able to offer them the most perfunctory veneration.

If they hurt others, our obligation is to make things right.  Discontinue hurtful family practices and begin helpful ones.  Disempower and dismantle harmful institutions.  In doing so you begin to repair the damage they caused and you make it possible to eventually offer them veneration that is both full and honest.

Does this good work rehabilitate their souls, where ever those souls may be?  That’s a metaphysical question best left for another time.  What is certain is that this work rehabilitates the ancestral line of which you are a part and builds a better world for your descendants.

And that brings us to that peculiar relic of some of my troublesome ancestors, the Confederate flag.

I’m a child of the South.  I was born in Tennessee and I’ve lived all but two years of my life in states of the former Confederacy.  I’ve studied the Civil War, its causes and its aftermaths.  As someone born less than 100 years after the war’s end, it’s not unreasonable to say I’ve lived its distant aftermaths, or at least the white version of them.  I’ve toured the museums and battlefields.  The Confederate flag is part of my heritage… but it’s part of my heritage I’m working to rehabilitate, not to celebrate.

Yes, the Civil War was fought to preserve the Union and not to free the slaves – but the Union split over the issue of slavery.  A simple reading of the documents of the Confederacy makes this abundantly clear.  The moral failures of the North and the other contentious regional issues (and there were many of both) are all secondary to this fact.

The Confederate flag is the flag of slavery.  After the war it became the flag of Jim Crow, segregation, and the Ku Klux Klan.  Today it’s the flag of young white men who murder black people simply because they’re black.

When some of my friends say “heritage not hate” I believe they mean it.  But such an approach gives a free pass to our ancestors who perpetuated one of the most evil institutions ever created by humankind.  More importantly, it stands as a constant reminder that some of our fellow citizens have a heritage not of a noble genteel society (that was more myth than reality) but of bondage, servitude, and oppression.

As I write this, Wal-Mart (not known as a progressive corporation) has announced it will stop selling Confederate merchandise.  South Carolina Governor Nikki Haley has reversed her position and has called for the removal of the Confederate flag from the state capitol.  Even Mississippi legislators are seriously discussing removing the Confederate emblem from their state flag.  It appears the massacre at the Emanuel AME Church in Charleston was the last straw.

The next step is to remove it from license plates, bumper stickers, t-shirts, and bedroom walls.  The Confederate flag belongs in museums and nowhere else.

And I work to eliminate the legacy of slavery and the scourge of racism and hatred from our common society.  Relegating the Confederate flag to museums won’t accomplish that, but it’s a good and necessary step in that direction. 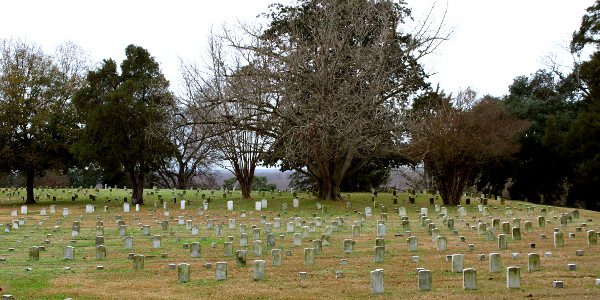 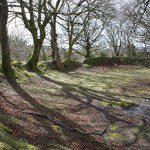 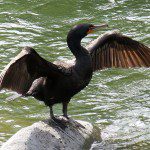 June 25, 2015 The Pope Gets It – A Pagan Look at Laudato Si’
Recent Comments
0 | Leave a Comment
"My Texan Goth wife wants me to remind you that, while khakis and polos may ..."
MadGastronomer Happy World Goth Day
"That's... not all that weird for goths. No, really. People have gone there.What's weird in ..."
MadGastronomer Happy World Goth Day
""Everyone has diverse ancestors ultimately linking us to everyone else on the planet. If one ..."
Laurie A Pagan Theology of the Dead
"I have a close friend who's an ex-Mormom, and she has truly found her niche ..."
Laurie A Pagan Theology of the Dead
Browse Our Archives
Related posts from John Beckett