Star Made Witch: The Witch of Portobello (Book Review)

My book reviews for this column are based on a five star system with each star representing a quality the book has, does not have or partially has. The five star qualities are 1) it is an enjoyable read. 2) the author is qualified to write on the topic based on experience or research. 3) the book is well edited and organized. 4) the topic is covered well. 5) awareness.

Long story made short, I flew to Sacramento last weekend with every intent to mosey on down to San Jose and attend Pantheacon. Due to car problems I couldn’t get down there and instead enjoyed talking shop with my witch hosts, making magical art, and lounging outdoors in California’s signature sun. On the flights I thought a lot about magical travel and read magical books. I read an excellent novel also about a witch whose journeys don’t always go as planned, but took her right where she needed to be spiritually, The Witch of Portobello.

Paulo Coelho has written a number of novels about traditional witchcraft including a few autobiographical titles. Many bibliophiles have read the Alchemist which is kind of a Deepak Chopra parable and maybe didn’t keep following this enigmatic author. Maybe I haven’t heard any buzz about him among witches and it’s too bad because his work gets much better. The other three Coelho books I have read–Valkyries, Brida, and the Witch of Portobello–are about the spiritual philosophies of traditional witchcraft with the last being about an especially driven and accomplished leader. It is clear from his autobiographical Valkyries that Paulo Coelho has experienced what he writes about and he is clearly quite qualified to transmit this subject.

The Witch of Portobello is about a Romani orphan who was a refugee to London with her Lebanese parents. This variety of heritages Sherine Khalil, nicknamed Athena, has access to makes this story a globe trotter.  Everywhere the woman stops we get a sense of the unique struggles of each country. Increasing the diversity this novel can portray is the interesting narrative structure of storytelling via several dozen characters who Athena touched throughout her life before it was cut too short by her violent and random murder.

A difficulty traditional witchcraft can face is that it’s foundations are so multicultural that sometimes it is hard for us to understand how the esoteric teachings of so many different world traditions can be blended into the philosophies of witchcraft. In an unique way this story is a modern following of the migrations of obscure occult teachings from Eastern Europe to Western Europe.

We get a sense of the emigration of ideas–Persian alchemy, Romani black Madonna veneration, and Siberian shamanic dance–that journey now and also journeyed in times past to settle in Britain. This historical blending forms a foundation for esoteric practices that both governmental and canonical courts punished as crimes in many trials for heresy and witchcraft.

I only felt a little irritation at the book in places because of the kind of outdated academic ideas of a prehistoric goddess utopia and core shamanism. I was won out by the intensity with which I could identify with Athena. The text authentically traces how folk traditions can move and merge because of the travelers that wandered to find themselves only upon a return home. This book earns a nearly top score of 4 ½ stars. 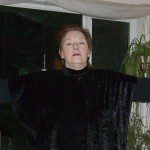 February 20, 2016
The Rantin' Raven: Westernizing Our Ritual Forms
Next Post 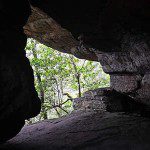 February 23, 2016 Witch on Fire: Down the Rabbit Hole of a Past-Life Retrievalist
Recent Comments
0 | Leave a Comment
Browse Our Archives
get the latest updates from
Agora
and the Patheos
Pagan
Channel
POPULAR AT PATHEOS Pagan
1