Almost any system of magic–the keyword here is “almost”–can be reasonably worked and integrated into the flow of daily life. Some purists will REEL, FEIGN, and GASP, but I am not the first or only magician to come to this realization and back that realization up with evidence to support it. Unfortunately, that realization does not sell leather-bound books nor does it sell $1000 dollar services.

Sure, we would all love to have a perfectly engraved circle recessed into the concrete of our basements (… with a built in tank of accelerant and a system to control it all from my iPhone….) to create Giant Flaming Circles of Arte in the basement. And sure, I have a special place in my heart for leather, virgin parchment books… and, of course, nothing beats a custom hand crafted wand. Yes, it can be easier (and often more “fun”) to get good results with the props. Solid materials certainly help, but they aren’t the only way, and sometimes reliance on the materials is horribly inconvenient. For instance, the flaming basement circle isn’t portable, and there are only so many leather bound books of handmade parchment that can be stuffed into a backpack with the multiple 50lb grad school tomes one is expected to cart around. Furthermore, one’s boss and coworkers may well look at you very strangely if you are seen on the office quad during your lunch hour chanting at a spot on the ground in your ritual robes.

Adaptation to modern realities might require new methods. Adaptation in and of itself is a worthy magical skill. Adaptation increases chances of survival and success. The ability to adapt one’s magical practice to the realities of daily life ensures the survivability of that practice, especially when time is a scarce resource.

There are a few realizations that I think certain magical purists have to realize. First, Victorian and renaissance magic presumes a relatively wealthy lifestyle. Most people who practice magic are, especially in this economy, probably somewhat removed from that lifestyle. Most of us “regular folk” work a 9-5 job (or its equivalent) and aren’t nobles with time to pursue various diversions (such as intricate and involved grimoiric work with various entities). We have bills to pay, families to feed, classes to get to, dissertations and briefs to write which all take up more hours in the day than we have to give.

We are never going to be handed “extra time” to pursue our magical practice. However, most magical systems can be compressed in experience to be done with only the mind. To effectively get to this level of internalization of concept takes A GREAT DEAL of training, however.

Modern psychological techniques can be used to effectively accelerate the needed training, though they aren’t a substitute for disciplined practice and diligent training.

Before we get to doing Goetic work or other complex magical processes–which you can do after laying solid foundations and building in strong internal safe guards–let’s cover some of the most difficult aspects of trying to reclaim blocks of your time and what types of magic are the easiest to translate into practice on the go.

For me, doing magic while commuting, the easiest starting point is Mantra work. I generally find that a few issues tend to immediately arise when beginning a new practice on the go. First, you will probably have a sensation that everyone is watching you.

Really, no one gives a crap. They’re too busy on their cellphones or worrying about how their hair looks or whether they will meet their upcoming deadline or if they will be able to catch that cute so-and-so on their lunch break.

This self consciousness is a byproduct of the forbidden nature of magic within modern society. It is the full-on realization, in the face of other people, that magic is somehow wrong. It’s the hidden and seeping deadliness of the cultural normative values. When you get that reaction, just laugh at yourself. Literally. Make a game out of the exhibition of it all. Be “naughty”. Really though, no one cares what you are doing. They’re absorbed in their own worlds. It took me a while to realize that.

Second obstacle, if you use public transportation, there are a host of memes and commentaries about how dangerous it is. Don’t buy into the fear mongering bullshit. Mostly it is a lie. That said, crime does happen so do use reasonable common sense and don’t tune out while your laptop is sitting out on the seat beside you.

Modern cell phones and other media devices can make it pretty easy to tune out the environmental noise. White noise tracks, audio mantra files, guided meditations all can be stored on a smart phone for use while commuting. 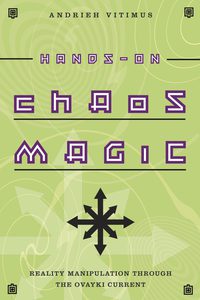 Once you’ve gotten down how to create sigilized mantras, (Hands On Chaos Magic has some techniques on how to do that) you could check out sigil mantra spellwork, or you could choose a premade mantra.

Take some time to select music without words (that’s very important) such as classical, trance/techno, recorded drumming, or even new age sounds. The idea is to match the intention of the mantra with the general type of music.

Now, the mantra work itself for commuting has to be done internally without vocalization. A simple way to do this is to really vibrate out a mantra once. Notice how it feels and sounds. In your mind, replicate the feeling and sound. Do the mantra from the diaphragm, and then when you are internally trying this feel out the sounds in your diaphragm. Mentally, make the mantra as loud as you possibly can. Give it a rich texture when you say it inside your mind. More is usually better. Ham it up as you imagine it. When it feels right, you are ready to do this during your commute.

Get on the train or bus. I usually start with a simple drawing down of light through me, and then let my body ride in the rhythm of the ride. This is different then the Zen like focused no mind. Instead, listen to the sound of the bus and the flow and ebb of passengers. The noise of the train. Really listen to it without focusing on it. Let it wash over you. Accept it. BE it. Feel the tracks or road under you.

For the most part, if you have commuted to your stop before, you have a good sense of time.  Because you have to get off the train or bus, you have to do this with your eyes open. Visually do the same thing, let the surroundings wash over you until your stop. It’s kinda like riding all the senses; just go with the flow.

When you get off the bus or train, stretch a bit. Forcefully cut off from the surroundings. Think about something else. This technique also works well with walking although bike riding gets a little dicey. DONT DO THIS WHILE DRIVING. Seriously, I shouldn’t have to say it, but I know someone will try it.

Even doing this mantra work on the train can have lasting cognitive changes and actual results. The mantra is the first of these technique to reclaim time. Later on this blog, we will look at other tools for reclaiming other sorts of time including dish water (à la Gurdjieff), magical cooking,  physical exercises of magical power and more.   When you look for areas of mundane life to instill with magical purposes, much more of your life becomes magical. 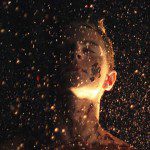 May 14, 2016
The Path of She: Enlightenment as a Verb - The Process of Becoming Lighter
Next Post 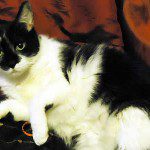 May 16, 2016 Seeking the Grail: When Doing the Right Thing Doesn't Feel Good
Recent Comments
0 | Leave a Comment
Browse Our Archives
get the latest updates from
Agora
and the Patheos
Pagan
Channel
POPULAR AT PATHEOS Pagan
1