Star Made Witch: The Function of Spell Components

A witch gathers their spell components from a legend of traditional and personal correspondences and combines them to create a series of stepping stones for their magic to skip upon to the goal. My teacher commented that the spell so constructed is an “interrelating moving blueprint of what is both fixed and possible.”

The art and poetry of witchcraft is the sensing of these webs of meaning and purpose inherent in different materials like stones and herbs; directed by words, symbols and sigils; ruled by celestial and elemental bodies; given timely space to occur, and chosen in accordance with the witch’s intent. In both the creation of a new spell or the understanding of a traditional spell, a witch sees strangely, drawing on their knowledge and experience to sense the alignment of the needed spell parts to their goals.

When a witch takes an animist approach to spell construction they can find in nature and the cosmos many co-creative possibilities. Each spell part has a role to play and teams can be built on different types of plans. Good spells can be put together in relay patterns where a series of goals with different intents at each stage lead to a main goal. The sea witch’s sailor knot follows a relay with the first knot for a breeze, the second for a gale and the third for a storm. Another type of game plan each part has a separate role to play, but all are specifically aligned to the main goals.

Although a decent romance spell works well enough without the need for the caster to understand why this spell calls for say-wild roses; certainly it can be more reassuring if you see how the shape and arrangement of the five petals mirrors the orbit of Venus-the ruling planet of love. The manifesting desire drives a working vehicle made of attractive and aphrodisiac tools, ingredients and actions to the client. Although many time tested traditional spells are designed on animist perceptions of the spirit of things, witches often rely on standbys that work despite not knowing the details of their inner workings.

When creating a new traditional witchcraft spell, the skill to sense and understand the abilities, energy, and willingness of various spell parts is then necessary. While many modern magicians focus on their own intentions, energy, and will alone; the animist witch draws upon the will, intent and energy of their entire metaphysical ecosystem. In the garden of spell ideas the witch has imagined in her romance magic-beginning from their wild rose-they think of Friday night being a good time practically because they goes out on Fridays and because the day is ruled by Venus. They want to use rose quartz because the pink of the stone reminds them of arousal and because quartz has properties of amplification and electric potential to energize the magic. Finally they package the materials to be worn by the heart at the right time so the romance has road directions and an itinerary to travel to the client. At the center of this universe is the witch with their rocks, herbs and strings managing to make things happen because they are getting the ingredients invested in their chosen fate. 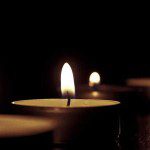 May 22, 2016
Wayfaring Woman: Honoring Hekate in the Rite of Her Sacred Fires
Next Post

May 24, 2016 The Blooming Staff: On Thelemic Catholicism -- Mary or Nu-Isis?
Recent Comments
0 | Leave a Comment
Browse Our Archives
Related posts from Agora