Happily Heathen: Beauty, Sex, and Sexuality in the Viking Age

When we attempt to recreate religious beliefs and practices from a bygone era, it’s helpful to have the context of some of their thoughts and beliefs about life in general. After all, religion and spirituality do not happen in a vacuum. As a devotee of Freya and Freyr, for me this meant breaking away from my modern Western understanding of “sex”, “love”, and “sexuality” and digging into how the Vikings viewed these concepts instead.

A lot has changed since Iceland converted to Christianity over a thousand years ago, so it’s safe to say that our ancestors viewed beauty, romance, and sex very differently than we do now. Unfortunately, the way that Viking age peoples are portrayed in the movies and popular literature now says a lot more about our own opinions than it does about the culture from which our myths come. For example, back in that time, the length of a woman’s hair was her key beauty feature. If a woman was caught committing adultery, her hair could be cut off as punishment. Knowing this has definitely added several layers of dimension to how I understand and interpret the myth in which Loki cuts off Sif’s hair, for example.  Here are some of the important things to know about how sex, love, and beauty were understood in Old Norse culture.

Unlike much of the Romanized world at that time, Norse culture did not draw a distinction between male and female beauty. The same terms were used for both men and women; the “beauty” of the male form was just as likely to be discussed as the beauty of the female form. Also, a description of a person’s beauty did not necessarily have any erotic overtones; a poet could go on at length about how beautiful someone was without anyone assuming that he was attracted to the person being described. A woman’s physical beauty was based on the whiteness of her arms (“flashing white arms”) and the length and shininess of her hair (the longer, the better).

Additionally, compared to the rest of peoples in Europe at that time, the Norse cultures put a higher emphasis on keeping clean and tidy. Many grooming tools, such as metal toothpicks and ear spoons, have been found at archeological sites. Viking Men in particular took extreme pride in their appearance, adorning themselves in bright colors and wearing jewelry and cloak pins that explicitly showed off their wealth. They were also said to bathe at least once a week and change their clothes regularly–too regularly, apparently, because an English cleric once accused the Viking men in the Danelaw of doing these things specifically “to undermine the virtue of married women and even seduce the daughters of nobles to be their mistresses”.

If a woman wanted to indicate romantic interest in a man, she could make him a shirt. If the man accepted her gift, he would then pick her up and set her next to him. Next, he could “put her on his lap”; and, if that went well, they could caress and kiss each other (kyssir hana). Alternately, he would put his head in her lap, and she would groom or wash his hair. In the hall, they could share the same drinking horn.

When two people were married, and the wife wanted something from her husband, she would “put her arms around his neck” to convince him. If a man did not show up for his wedding, he was said to be “flee from the vagina”. (A woman who did not show up for her wedding was “fleeing from the penis”.)

Adultery was a common occurrence in those times, and extra-marital affairs were common among both the pagan and Christian members of society. Priests and bishops could marry, have children, and have mistresses. One way that we know this to be true is that many laws and pronouncements that were made over the years to encourage people, both laymen and priests alike, to be faithful in marriage. Though adultery was common for both men and women, women were punished more severely for it, particularly after the Christian conversion. At that point, men blamed the women for their adultery, arguing that “she was not faithful to me” (literally, “she did not rely on me alone”: hon gerthi mik eigi einhlitan.)

It is interesting to point out, though, that women in Old Norse society women had many more legal rights in this area than the rest of their European counterparts. For example, a woman could legally divorce her husband and receive back her dowry if any of these conditions were met: 1) her husband could not perform in bed; 2) he preferred men; or 3) he liked to wear women’s clothing. A woman also had more say in her choice of suitors, and in some cases she could be granted a divorce if she was married to an abusive husband. A widow, however, seemed to enjoy the best of all worlds: she had no man to rule over her (her sons either being grown or too young to fill this role), and she had her dowry and various other inheritances accumulated over the years. If necessary, she would be able to hire help to protect her and take care of her farm.

As in many other aspects of their culture, the Vikings never discussed sex directly, even when describing private scenes, preferring instead to use one of their many euphemisms. This is not to say that the Vikings were not a raunchy bunch; mannsongr, a type of sexually explicit song of which Freya was said to be extremely fond, was outlawed in Iceland even before the conversion to Christianity. (Unfortunately, no examples of this type of song has survived; what we know about them come from brief mentions in various sources.)

What little we know about the Viking Age sex life is this: Foreplay was limited to a man “turning toward” a woman (leggja hond) and “laying his hand/arm/thigh” on his wife. Once this was initiated, many euphemisms explained what would happen next:

The most explicit euphemism we have for sex is that the man would “romp on her belly” (brolta a maga). Most of these euphemisms are based primarily on the physical act of sex. However, the Old Norse word for “desire” (munuth) comes from the root words “love” (mun) and “thought/memory/mind” (hugr), so it may be that the Old Norse peoples may actually have been closet romantics after all.

Sex was always spoken of in terms of “a man having sex with a woman”, with the man being the do-er and the woman being the person it was done to. This is seen in the terms for penetration (giljarthar): “the act of penetrating” (sordit) versus “the act of being penetrated” (sordinn). This second term, sordinn, could also be applied to a man as well, but to insult yourself or someone else in that way (even in graffiti) was to risk get yourself outlawed.

The most common reference to the sex act was in the sagas was “the illicit love visit”. This occurred when the parents of the couple were not in favor of having the couple marry. However, even here, sex as such is never mentioned. Whenever a man went on this illicit love visit, the sagas state that he was going there to “talk with her”. Instead of having sex, it is said that lovers “enjoyed” (njota) each other. One woman, whose husband couldn’t perform in bed due to a curse that had been laid upon him, divorced him because “he is not able to consummate our marriage so I may enjoy him”.

Neither male or female homosexuality is often mentioned in the sagas or myths, with female homosexuality being completely absent. What we do know of male homosexuality is that was it was taboo. Specifically, taking the passive role (ergi; being the one who is being penetrated) in a sexual relationship went against everything that “being a man” stood for in those times. (The term ergi is often used as an insult.) Penetrating another man was not looked down upon; it was the act of being penetrated that was outlawed. Ironically, the term ergi can be applied to several Gods in the Norse pantheon–both Odin and Loki have had times when they had taken on an ergi role–Odin, for learning seidh (traditionally receptive, shamanistic female magic), and Loki, for giving birth to Sleipnir (and, just generally being Loki). One could also argue that Thor took on this role when he had to dress as Freya to regain his Hammer in the Thrymsvida.

I hope this helps enrich you understanding of the Norse myths and of our Gods. Enjoy! 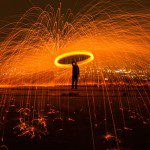 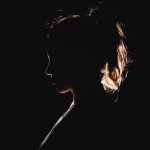 June 11, 2016 The Path of She: A Summer Solstice Mystery - Thou Art Goddess
Recent Comments
0 | Leave a Comment
"What a very beautiful and inspiring way to describe the struggle we all have to ..."
Freyja Babalon’s Cloister: “I’m not a Magician, ..."
"Two years later I come back and reread this article, and still think it's one ..."
Wolf Cross and Crossroads: In Defense of ..."
"I share your thoughts and hope that wise world leaders with rise up and prevail."
Willow Rose Between Two Worlds: The Dark Times
""Many were trans women who had to resort to sex work in able to pay ..."
Harold Masters Between Two Worlds: Mika
Browse Our Archives
Related posts from Agora