Outside the Circle: The Bad Fairies Of Litha

Litha or Midsummer, a time of bonfires, mugwort, mythical beings, nights and days of mischief and love. The veil is thin. The Celts, the Norse and the Slavs believed that there were three ‘spirit nights’ in the year when magic ran amok and the Otherworld was near. The first was Halloween, the second was May Eve and the third was Midsummer Eve. All sorts of enchantments are in the air now and Spirits and Fairies abound. What follows here are some of them. These are not your good fairies but tricksters and darker spirits.

A will-o’-the-wisp,  Medieval Latin: “foolish fire”, is an atmospheric ghost light seen by travellers at night, especially over bogs, swamps or marshes. It resembles a flickering lamp and is said to recede if approached, drawing travellers from the safe paths. The phenomenon is known by a variety of names, including jack-o’-lantern, friar’s lantern, hinkypunk, and hobby lantern in English folk belief, well attested in English folklore and in much of European folklore.

The names will-o’-the-wisp and jack-o’-lantern are explained in etiological folk-tales, recorded in many variant forms in Ireland, Scotland, England, Wales, Appalachia, and Newfoundland. In these tales, protagonists named either Will or Jack are doomed to haunt the marshes with a light for some misdeed.

In European folklore, these lights are believed to be spirits of the dead, fairies, or a variety of other supernatural beings which attempt to lead travelers to their demise.

Its flame burning through the darkness guides unsuspecting travellers into swamps or over cliffs. Bands of them are often found at the site of Shipwrecks.

Another name for the Will-o’-Wisp, magical lights of European folklore.

Spunkie in the Scottish Highlands where it would take the form of a linkboy (a boy who carried a flaming torch to light the way for pedestrians in exchange for a fee), or else simply a light that always seemed to recede, in order to lead unwary travelers to their doom.The spunkie has also been blamed for shipwrecks at night after being spotted on land and mistaken for a harbor light. Other tales of Scottish folklore regard these mysterious lights as omens of death or the ghosts of once living human beings. They often appeared over lochs or on roads along which funeral processions were known to travel.

Also related, the Pixy-light from Devon and Cornwall is most often associated with the Pixie who often has “pixie-led” travellers away from the safe and reliable route and into the bogs with glowing lights.

In Welsh folklore, it is said that the light is “fairy fire” held in the hand of a púca, or pwca, a small goblin-like fairy that mischievously leads lone travellers off the beaten path at night. As the traveller follows the púca through the marsh or bog, the fire is extinguished, leaving them lost.

Phooka may refer to Púca, a creature of Celtic folklore or from the Old Irish poc, ‘a male goat’.

Puck was the goat-footed satyr made famous in Shakespeare’s A Midsummer Night’s Dream.

Often thought of as an animal spirit, some accounts believe it gets its name from Poc, meaning he-goat in Irish. In fact, Pooka is a changeling, and can take animal or human form.

The animal Pooka is usually jet black with fiery golden or red eyes.  Some associate it with devil!

The mountains and hills are this creature’s domains. Depending on the part of Ireland you lived in, Pooka was thought to be either helpful or menacing. It has been known to help farmers for example, but it can also wreak havoc. Generally however, perceived wisdom holds that an encounter with Pooka is not considered propitious, as this fairy creature is a portent of oncoming doom. Known for its cunning and wile as well as lies and deception, Pooka’s archetype is trickster. It is also a fertility spirit since it has power to create or destroy, as well as ability of human speech, it is a gifted prophesier.

The wild man (also wildman, or “wildman of the woods”, archaically woodwose or wodewose) is a mythical figure that appears in the artwork and literature of medieval Europe, comparable to the satyr or faun type in classical mythology and to Silvanus, the Roman god of the woodlands.

The defining characteristic of the figure is its “wildness”; from the 12th century they were consistently depicted as being covered with hair. Images of wild men appear in the carved and painted roof bosses where intersecting ogee vaults meet in the Canterbury Cathedral, in positions where one is also likely to encounter the Green Man.

In English folklore, Puck, sometimes known as Robin Goodfellow, is a domestic and nature sprite, demon, or fairy.

One of the most popular characters in English folklore of the last thousand years has been the faerie, goblin, devil or imp known by the name of Puck or Robin Goodfellow.

He’s been pictured like a brownie or a hobbit.  In a 1785 painting by William Blake, he looks like Pan from Greek mythology. Robin Goodfellow is one of the faeries known as hobgoblins or just hobs. Hob is a short form for the name Robin or Robert (“the goblin named Robin”.) Robin itself was a medieval nickname for the devil. Robin Goodfellow was not only famous for shape-shifting and misleading travellers. He was also a helpful domestic sprite much like the brownies. He would clean houses and such in exchange for some cream or milk. If offered new clothes, he’d stop cleaning. There are stories of the Phouka and Pwca doing similar deeds.

Peg o’ Nell, the water spirit of the River Ribble, was once a young servant girl at the local Waddow Hall. Legend ~ Peg o’ Nell was said to have slipped through the icey water and drowned in the Ribble while fetching water on a frigid night. To punish those who failed to rescue her, came back every seven years to steal a victim. On Peg’s night, when the Ribble rises to snare a new victim, and, because she could be tricked by drowning some sort of animal, it was considered appropriate to make proprietary sacrifices of small birds or animals to the river spirit.

The water-spirit of the river Ribble in Lancashire. She was said to be the ghost of a servant at Waddow Hall.

Jenny Greenteeth is a figure in English folklore. A river hag, similar to Peg Powler or a grindylow, she would pull children or the elderly into the water and drown them. She was often described as green-skinned, with long hair, and sharp teeth. She is called Jinny Greenteeth in Lancashire, but in Cheshire and Shropshire she is called Ginny Greenteeth, Jeannie Greenteeth, Wicked Jenny, or Peg o’ Nell.

A similar figure in Jamaican folklore is called the River Mumma (River Mother). She is said to live at the fountainhead of large rivers in Jamaica sitting on top of a rock, combing her long black hair with a gold comb. She usually appears at midday and she disappears if she observes anyone approaching. However, if an intruder sees her first and their eyes meet, terrible things will happen to the intruder.

In Ireland and Germany she appears as a beautiful woman in a white gown, and is called respectively Bean-Fionn and die Weisse Frau. Although her visage is changed, she is still the same dreaded Jenny Greenteeth, haunting river banks and dragging her victims to their untimely deaths. The moral of all Jenny Greenteeth stories is to stay away from rivers and lakes, and it is thought that she was the imagined creation of mothers who wanted to warn their children away from the water’s edge with frightening tales. Her stories may have also derived from duckweed, an aqueous plant that wraps its tendrils around one’s leg and traps them under water.

At this time of year, when the oak is the most powerful tree, spirits called oakmen guard it. These are the most widespread tree fairies in England. Beware, because they are fierce guardians of their trees and do not really like humans. They appear as forest dwarfs and offer food to passing mortals, but this always turns out to be poisonous fungi disguised by glamour, the fairy magic. They also guard all the forest animals, especially foxes, and punish those who harm them. The rain that gathers in their oak hollows has powerful healing qualities.

This is the season for other spirits too, the drinking kind. Elderflower champagne, Strawberry wine, Black currant mead and Heather ale. It is said the Picts brewed a legendary ale from heather, the recipe for which was a secret. Invading Norsemen tortured the guardians of the secret in order to obtain the recipe, but to no avail. 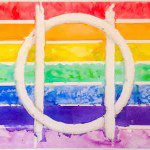 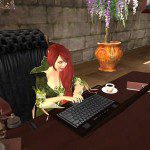 June 17, 2016 Adventures in Wortcunning: Farther Down the Rabbit Hole ... or, My Morning Commute
Recent Comments
0 | Leave a Comment
Browse Our Archives
Related posts from Agora