Most of America woke up to some pretty disturbing news this morning. At 2 am. a shooter opened fire inside Pulse, a gay nightclub in Orlando Florida. In what has become the largest mass shooting in American history, over fifty people were killed with fifty more injured and receiving medical attention. I would love to think maybe THIS TIME America will wake up and realize it has a problem, but alas, people have already found another angle to take that arcs right around the firearms issue…

You Guessed It
The suspect in the shooting is twenty-nine year old Omar Mateen, a Muslim with suspected extremist ties. Unsurprisingly, people have already latched onto that fact in the worst way possible; because it’s so much easier to just blame all the Muslims. For example:

Muslim massacre in Orlando: difference between Islam, Christianity on homosexuals: we want them helped, they want them dead.

But that’s just some Christian radio host, so why am I talking about this here? How does this relate to Heathenry? Sadly, because so many of my fellow coreligionists seem ready to leap right onto the ‘blame all Muslims’ bandwagon, and it makes me want to bang my head against a wall. When I’m getting responses on my page like:

Remember this guy? Remember the the subsequent media focus on Ásatrú and how outraged we all were when this murderer briefly became the face of our religion to the outside world? Have we all forgotten how our community raged at the misrepresentation of our faith, shouting at the top of our lungs to anybody who would listen that “THAT ISN’T US”? The Heathen community was positively incensed at the idea that this madman was being used to show the world that we’re all crazed white supremacists.
How easily we change our tone when it’s somebody else in the spotlight. How easily we forget that it was only a year ago that we were in the same place.

Before we reach for our axes and start calling for the return of American internment camps, we Heathens in particular need to think long and hard about whether we want to start throwing stones inside our glass house. This tragedy was the fault of a single, crazed murderer, for whom the motivations are still a matter of mere speculation. Mateen no more represents the whole of Islam than Giroux represents all of us. So how about instead of calling for a repeat of one of America’s most shameful mistakes in history and raging against all Muslims, we concentrate our energy instead on something worth while.

If you’re a Florida native, there’s a huge demand for blood donors right now in order to help the victims in the coming weeks.

If you (like me) are across the country and want to find a way to help, you can donate to the families of the victims HERE. 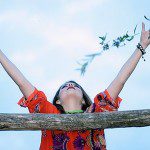 June 12, 2016
Wayfaring Woman: A Charm for Release
Next Post 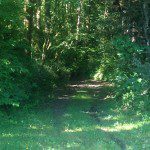 June 13, 2016 Star Made Witch: Viridis Genii (Event Review)
Recent Comments
0 | Leave a Comment
Browse Our Archives
get the latest from
Agora
Sign up for our newsletter
POPULAR AT PATHEOS Pagan
1

Spiral Lessons: Leveling Up & Cycles Of Growth
Spiral lessons are all about leveling up and the new insights we...
view all Pagan blogs
What Are Your Thoughts?leave a comment
Copyright 2008-2020, Patheos. All rights reserved.