The divine feminine plays a significant role in modern Paganism. There are entire groups, like Dianic Wicca, that are devoted solely to honoring the goddess. The Pagan community places so much emphasis on the goddess that I have often wondered how we became so disconnected to male energies. Where is the love of the god?

Many Pagans profess that they found their path because they had always recognized the sacred feminine. Others arrived here because they felt disappointed by the male figure of their monotheistic religions. My own story is quite different and though personal, I feel sharing it is a good way for readers to get to know me.

I have never had difficulty connecting to male gods. Perhaps this is because the significant male figures in my life have always been trustworthy and open. They have acted as mentors, protectors, and supporters. Consequently, I had no reason to distrust the male energies I encountered. In fact, the god has been a faithful constant in my life.

It was not so easy with the goddess. Early in my journey of polytheism, the goddess was an elusive figure. Though I worked with goddesses, there always seemed a barrier between us. I believe I subconsciously associated the goddess with unreliability because the females in my life generally exhibited inconsistent behavior. The lack of trust I had with female family members had a significant impact on my self-esteem. It was this disconnect with my own feminine self that became the biggest barricade to overcome.

As a young adult, I spent much time healing from toxic relationships. As I flourished into adulthood, my self-love and confidence grew. One summer, I again found myself desiring a more intimate relationship with the sacred feminine. I set out to make that happen.

I began to call out to the goddess. I was surprised and in awe that she answered every time. She appeared to me in a meditation (truthfully, an unusual occurrence for me), she spoke to me through the wind, and most prominently, she came through animal totems.

As I was exploring this new relationship, I began to have contact with an abundance of monarch butterflies. In my area it is not the least bit unusual to see them. I, however, was having unusual encounters.

One particular instance occurred during a walk in the woods. A doe and fawn crossed my path and we stood gazing at one another for quite some time. Eventually, they went about their business grazing right in front of me. The experience delighted me. I was simultaneously surprised and not by the fact that the doe felt comfortable putting her back to me when I was in such close proximity.

Wanting to ponder the interaction with someone, I called out to a specific mother goddess. Moments later a butterfly joined me on my walk. It stayed right by my side for well over a quarter of a mile, only to disappear when a pack of runners passed by on the trail. I realized that the consistent presence of butterflies was a sign that I, myself, was going through a transformation — both personal and spiritual. I was coming into my own and accepting my spiritual path. I was discovering a healthy relationship with a female mentor and mother figure.

It has been a long time since my summer of butterflies. The goddess has come to be a consistent and reliable presence in my life. Through her, I have found self-love, confidence, strength, and resilience.

This is just a portion of my personal story. My background and unique experiences have impacted my connection to deity. I, like many Pagans, have a fascination with discovering how others came to be on their specific Pagan path. I want to know what in our upbringings pushed us to be on this journey.

How did you come to be on your path? How did your background impact how you connect with deity or universal energy? Were you always connected to the divine feminine? What role do male deities play in your life? 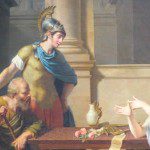 August 19, 2016
Adventures in Wortcunning: The Curious Children
Next Post 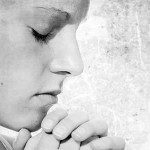 August 21, 2016 Full Frontal Magic: Prayer 2.01 Beta (We're All Still in Beta)
Recent Comments
0 | Leave a Comment
"This sounds really interesting. Thanks. I love witchy book reviews. Books are always a wonderful ..."
WildestSea The Corner Crone: The Hedgewitch’s Little ..."
"These are great gift ideas! Useful for any occasion."
WildestSea Phoenix Rising: Last-Minute, Easy Yule Gifts ..."
"I read an article about not giving gifts to adults at Yule and other occasions. ..."
I. H. Hagar Phoenix Rising: Last-Minute, Easy Yule Gifts ..."
"Such an interesting read!"
Patti Annelle Patten Pan-Celtic Hoofbeats: Horses of the Dark ..."
Browse Our Archives
get the latest updates from
Agora
and the Patheos
Pagan
Channel
POPULAR AT PATHEOS Pagan
1