Book of Blackbirds: Honouring Sacred Spaces, Part One: Other Space

[Manager’s Note:  Please welcome Chloé Thorne to the Agora. Her column, Book of Blackbirds, will be published occasionally on the site until a more regular time slot opens up.  There are subscription links at the bottom of the article if you want to stay on top of her writing.  Welcome, Chloé!]

Recently, I read a couple of articles by the same author dealing with the issue of the right of modern pagans, or the lack thereof, to visit and/or claim spiritual kinship with two ancient sacred places traditionally belonging to indigenous peoples from two opposite corners of the Earth.  The first was asking whether modern pagan women could in good conscience visit the Australian First Nations’ sacred site at Uluru (also known as Ayer’s Rock), a traditional holy place of the Yankunytjatjara and Pitjantjatjara peoples, the climbing of which was traditionally reserved for men.  The second article asked whether any pagan could in good conscience visit the sacred Black Hills in what is now called South Dakota in the United States, a place revered by the Lakota, Northern Cheyenne, and Omaha Native American tribes.  To the Lakota these hills are known as Paha Sapa, “the heart of everything that is.”

The judgement of who does or does not have the right to visit places such as these for purposes of seeking spiritual enlightenment, or any purpose at all for that matter, seems to be something of a hot button topic in current neopagan discourse.  Some claim that we modern newcomers of European ancestry with no direct cultural heritage involvement in these sites have no such rights, deeming this a form of cultural appropriation.  Others claim that as long as we honour the sacred traditions with all due respect, it might be okay for us to go there too.

My mother’s grandmother was full blooded Cherokee, thus bestowing upon me a bit of that heritage as well.  I received a bit more Cherokee blood thrown into the mix from my father’s side.  There are many such cases of mixing between “settlers” of European descent and indigenous peoples occurring over the ensuing centuries since white men first set foot in North America and in Australia.  It seems “indian heritage” in some form or another is quite pervasive in the United States in particular.  So whose roots can we claim, and which family ties do we consider strong enough to establish this claim?  How far back do we have to go, and exactly how pedantic about ancestry do we need to be in order to feel justified in visiting sacred native sites?  I probably have enough Cherokee ancestry to get myself listed on the reservation rolls (though I have not done so), and my family in southern Appalachia has been documented back to earliest colonial times.  Would this be enough?  The whole thing begins to smack of a politically correct quagmire I would rather not become entangled in.

The Qualla Boundary Cherokee Reservation in Cherokee North Carolina at the southern entrance to the Great Smoky Mountains National Park is set amidst some of the most breathtakingly beautiful scenery in all of North America, nestled between the tallest peaks of the southern Appalachian mountains.  Every time I visit there I come away with my spirit renewed and a deep sense of connection with the land and with the local people.  The very dust there is at least partly made from the bones of my ancestors.  I do not begrudge the thousands of other visitors of different heritages who come there each year for the joys and peace found in those ancient hills, for I would hope that this sacred place would have the same effect on them as it does on me, and that this would inspire others to be more mindful of all our natural heritage and what we can all do to preserve it.  Yes there are the polluters and profaners there too, as sadly there are everywhere.  The local people and the National Park Service do a pretty good job of maintaining the wild places, but I consider this also the responsibility of all of us, as good pagans and as mindful caretakers of our planet.

There are the ages old traditions we must rightly respect, traditions which I imagine do not include traipsing all over sacred lands with chakra crystals in hand, heads filled with grandiose delusions of plastic shamanism while trailing a toxic wake of McDonald’s wrappers and aluminium beer cans.  In the end to me it is about the respect we show these sites as well as to their traditional caretakers.  I don’t necessarily believe that showing respect must completely exclude us from partaking in a spiritual connection to these places.  There are some areas now, certain parts of Uluru for example, which are completely off limits to all but local indigenous people.  This is their right and we can respect their wishes to keep that heritage sacred and safe.  As for other areas with no such specific restrictions, I think that as long as we are mindful of what is expected of visitors to these sites by their traditional owners, and as long as we are diligent to leave no traces of our visits, then perhaps there could be room for us there as well.  Then again these are values we hope to carry with us no matter where we might wander.

[Author’s Note: This is Part One of a three part series contemplating the use of sacred spaces. Part Two talks about finding our own sacred spaces and why this is important, and Part Three deals with ways we can all help preserve sacred spaces.] 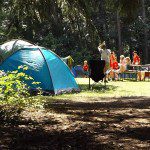 September 15, 2016
Wyrd Words: The Real Story Behind 'Camp Courage' And The AFA
Next Post 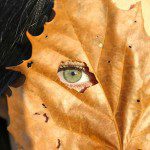 September 17, 2016 The Path of She: Gifts of the Hera’s Journey - Four Spiritual Lessons for the Fall Season
Recent Comments
0 | Leave a Comment
Browse Our Archives
get the latest updates from
Agora
and the Patheos
Pagan
Channel
POPULAR AT PATHEOS Pagan
1