The Blooming Staff: The Longest Night and the Mystery of the Incarnation

Every year on December 21st, the New York organization Picture the Homeless holds an interfaith “Longest Night” service at Judson Memorial Church. December 21 is, of course, the winter solstice and the longest night of the year. It’s on this night that members of Picture the Homeless, a radical advocacy organization made up mostly of homeless New Yorkers struggling for civil rights and housing, remember and honor the lives of homeless men and women who passed away throughout the year.

I attended this year’s service, and it made me think about what it means to celebrate the winter solstice — a holiday in many religious traditions — and the upcoming Christian holiday of Christmas. During the service, we especially remembered the life of Red, a friend of many of the organizers and members of PtH. Red died this year soon after entering the shelter system. When he got sick on Lexington Avenue, the EMTs arrived but refused to help him and left the scene. Later, he fell unconscious and more EMTs arrived to bring him to a local hospital, but it was too late. He died on the way.

On the altar at the service, we lit small white candles and placed them in a pot of soil, the “soil of renewal.” Red’s ashes and picture were next to the candles. Eventually, what started as a small group of candles joined together into a giant blaze of fire. It was a powerful symbol in the dark of the church, and I snapped a few pictures with my phone before the community ministers blew out the flames to prevent any accidents.

Unfortunately, this was probably the wrong move. Putting out candles creates smoke; putting out about fifty candles creates a lot of smoke. During the second-to-last part of the service — a powerful spoken word performance by one of the members — the fire alarms in the old church started blaring. During the executive director’s words of farewell, about a dozen firefighters entered the church to see what was going on. We turned off the alarms and reassured the firefighters, but it was still a hectic end to what was otherwise a solemn and reflective funeral service for lost homeless men and women.

When I went out onto the street I saw that a number of firetrucks were stuck in city traffic trying to get to the church, already parked nearby, or on their way. Sirens blazed out there, too, slicing their flashing lights into the darkness of the longest night of the year. I thought about Red, and how at the time of his death he couldn’t get one group of emergency workers to help him until he was already almost dead, and how our minor mishap with the candles sent dozens of emergency workers our way for no real reason.

One candle in the pot of soil wouldn’t have caused the scene that unfolded, either. On the longest night of the year, it was the combined torchlight flame of all our candles, placed in remembrance of those lost this year before their time, that summoned what seemed like half the firefighters in Greenwich Village to the church that night.

One candle flickering alone isn’t enough to create the change necessary to make deaths like Red’s a dim memory. Like the Rev. Dr. Martin Luther King, Jr. argued at the end of his life, we need an organized movement of the poor and dispossessed, united across color lines and other lines of division, to build the power necessary to really restructure our society.

The same is true of our religious traditions. If we hold spiritualities that only celebrate our individual spiritual attainment, we will never be able to transform the social structures of the world in which we live. In one of his unpublished writings, the Christian esotericist and mystic Frater Achad suggests as much when he critiques certain esoteric practices that might lead to real spiritual achievement, but also to a kind of mystical loneliness that leaves out the rest of the world:

The end of many … paths is that one may be very Lonely, the proud possessor of an “unique” worldview, a mess of pottage for which we have exchanged all that is Real and Good and Beautiful and True in the Universe wherein live OTHERS for whose companionship we may then long in vain …

Meanwhile, according to Achad, the best spiritual path is one which “is only for those who from the start say NOT FOR MYSELF ALONE” — that must be our real aspiration in any of our spiritual endeavors.

Two days ago it was Christmas, when Christians celebrate the birth of Jesus Christ to a homeless refugee family in a lowly manger in the occupied city of Bethlehem. While waiting for the subway to head home, I read a blog post from a few years ago reflecting on the Mystery of the Incarnation. I thought about how my faith and disbelief go in cycles, about how the Incarnation means that something has irrevocably changed about our human lives and our history, our bodies and our mangers and our deaths. I thought about how frequently I can’t really feel my way into this mystery, but how other times I feel like I am swimming in it like a fish in water.

The opening chapter of the Gospel of John describes the Incarnation with the famous words, “The light shines in the darkness, and the darkness did not overcome it.” But I know the Incarnate Jesus isn’t just one light. Because of Christ’s Advent we are all Christ in our inmost hearts, because the Sacred Heart is now the heart of the world. Lighting the flame of the Incarnation was like lighting all those candles from only one source. It became a blazing assembly rather than a single light, and it changed the very structure of things. The authorities had to pay attention, like they are unwilling to do with so many of our lonely homeless brothers and sisters on a night like the longest night of the year.

In another one of his unpublished writings, Frater Achad describes how all human souls are in essence “alike and equal” because “each is equally the Christ Spirit; made Flesh upon Incarnation.” “The Christ is the Essence in each one of us the world over,” according to Achad’s mystical thought. If the fullness of the church is the body of Christ, as it says in 1 Corinthians, then the Incarnate Jesus is more like the blazing flame than the single candle — all of us together as one.

On the altar at the service, Red’s ashes were placed next to the flame. They were brought there by his friends from St. Mary’s Church uptown — the congregation at which he was a beloved parishioner — who would be taking care of them. I thought then of the fourth-century St. Victricius of Rouen, who spoke of the relics of the saints as “these riches of relics and fiery rays of light.” According to Victricius, “God is diffused far and wide, and lends out his light without loss to himself.” And since the saints are conformed in their deaths to Jesus Christ, even one speck of dust from a saint’s relic contains the fullness of God, “the absolute and ineffable substance of Godhead.”

That means that God was there at our service in all God’s fullness. To use Achad’s grandiose phrase, the Infinite Plenum of All Perfection was fully present in a handful of ashes, in a grieving congregation, and in a homeless man who died on the street. It was in a little baby born in a manger in Bethlehem, when there was no room at the inn. For our God is a consuming fire, one that no amount of suppression will be able to put out. 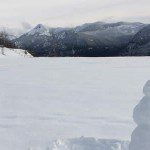 December 26, 2016
Star Made Witch: Magic on the Mountain
Next Post 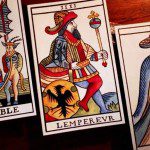 December 28, 2016 The Cartomancer: The 10-minute Devil in 2 Parts
Recent Comments
0 | Leave a Comment
"Yes, thats why its called Patheos: Pagan. Patheos is a multi belief website with blogs ..."
Michelle Gillian The Dance of Pagan Recovery: Welcome ..."
"Simply vile and disgusting how a supposed catholic website or blog is fooling its readers ..."
Luis rodrigues coelho The Dance of Pagan Recovery: Welcome ..."
"What's kind of kooky about being disabled and invisible, or different and invisible, is that ..."
JenniWest The Corner Crone: Why Are You ..."
"This really sounds interesting. Health is so important."
WildestSea The Corner Crone: The Witch’s Guide ..."
Browse Our Archives
Related posts from Agora