Lamp & Labyrinth: What is a lamp? A Labyrinth?

Since the show Westworld stole my main analogy for mysticism, I thought I’d share the analogy that came to me while in devotional practice.  It is important to distinguish between a maze and a labyrinth when comparing my analogy to the TV show:  a maze has dead ends while a labyrinth does not. In the show, the “maze” was an allegory for artificial intelligence, and the artificial humans who got to the center of the maze, fully traversed the process of achieving full sentience. Bernard in the show states, “Each decision brings you closer to the center, or further away from the center into madness.”

So what is the Lamp and the Labyrinth after which this column is named?

This is precisely how I see self-realization, self empowerment, and shadow work. In an Indo-European context, this is something that I call finding your Sovereignty Seat, your seat of power.  While there are mysteries along that path, the labyrinth causes you to circle back and spiral in, revisiting past events from new angles and new perspectives.

The labyrinth has ordeals, mysteries, and puzzles; the walls move and change like the clouds. It is multidimensional; you exist within it on the physical level but it also represents the map of all thinking. It’s the questions you ask yourself in order to become new things. Some parts of the labyrinth are treacherous and keep you spiraling inward or turning back on yourself.

In several visions and ecstatic practices I’ve experienced, I can’t help but see my thoughts as a place–a dimension–that is being constructed, as if the thoughts were blocks set into place to be read by possible multi-dimensional immortal deities. These are parts of the labyrinth, the place that represents my thoughts.

The lamp that you carry is your observation–your awareness–but above all, it’s radius is proportional to your degree of lucidity. If your lamp light is dim, you won’t even realize you’re circling back, seeing a cycle from a new angles. For these folks, it is easy to move back and forth in the labyrinth without ever gaining ground or progress. While folks with a bright lamp might even be able to see over walls and progress very quickly.  Increasing your lamp light, reaching your positions of power, unlocking the mysteries which include empathy, compassion, and interconnection–these things increase the will manifesting power of the Mage.

I’ve learned over the years that as you move toward knowing, you also move away from knowing. When you can see new things, you lose the ability to see old things. Fintan Mac Bochra is Ard Brehon, the Otherworld God, likely standing for Agni and Odin in the act of creation from dismemberment of a Giant. He had the ability to shut off his back brain–the inchinn cúil–though mystic practice, or he’s the deity of the Fili who could do just that.

“As J. Carey informs me, the ray that goes to the back of Fintan’s head may be connected with the statement in Cath Maighe Rath that it was specifically the loss of his inchinn cúil ‘back brain’ which gave Cenn Faelad his powers of heightened remembrance (O’Donovan 1842: 282.6).” <http://uir.ulster.ac.uk/25529/1/00-214_StudiaCeltoSlavica6_c.pdf>

I’ve shut off my back brain only about five times in various ways.  When doing so, the wisdom of illumination is there and I can see the entire analogy of labyrinth at once. When I come back, I can barely remember any of it. I’ve brought back like two or three real bites of wisdom out of a vast sea. Just like in the descent of Inanna, Ereshkigal will whoop your ass if you go into the underworld with ego; there are more negative things to accept about ourselves than wisdom we can bring back.  So, for the novice, or the weak egoed, this experience seems like a bad trip. You have to go in wearing your insignificance, and you’ll be comforted.

But, you can see the inconsistent parts of yourself and rearrange the walls in this state. You can not only change the labyrinth in your favor, you can then achieve good progress on your journey to be a master of yourself, your beliefs and excuses which impede you, and a master at all the skills to which you have talents.

So when the final episode of Westworld jacked me for my metaphorical goods, I was more pleased than anything. As a hack-together programmer and a reverse engineer of various sciences, I found the Bicameral Mind philosophy to apply here.

You are the carrier of the lamp; you are also the labyrinth. The labyrinth is the parts of you which you have to work through everyday just to be you. Because you are closed off from your subconscious, you are unlikely realize how much work this is for you. But, if you drink from the head of the five streams and not the mouth, you get a glimpse of how massive your mind really is.

So, when we try to become happy and express ourselves toward those ends, we’re being the carrier of the lamp.  When we make excuses based on fear and anxiety, which I do as I’m diagnosed with GAD, we’re being the listener and obey-er, rather than the speaker. You’re being the walls of the labyrinth that close and change the path on you.

I boil these down to the Expresser and the Oppressor in my mystic practice. And, I’ve integrated these two into something that works together toward the goal of survival, mystic bliss, self-knowledge, and self-agency. This is what Plato’s allegory of the dark and light horses are all about in Hermetic Mysticism. 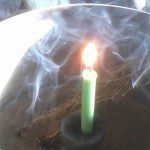 December 6, 2016
Irish-American Witchcraft: The Power of Witchcraft in Troubled Times
Next Post 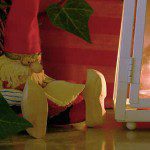 December 8, 2016 Outside the Circle: The Dark Lords Of Yule And Misrule
Recent Comments
0 | Leave a Comment
"I love your Anubis articles so much - they've helped me tremendously as I go ..."
Misha F Of Light & Shadow: Connecting with ..."
"I'm glad there will be 25,000 troops on inauguration. What went down Jan. 6 was ..."
kenofken Between Two Worlds: Chaotic Beginnings, Covid-19 ..."
"So glad you commented on a year-old blog post to share your compassion-filled, edifying, and ..."
MrFribbles Beyond Binary Witchcraft: In Praise of ..."
"Social Justice Warriors are unstable lunatics; wokeness, PC, virtual-signal, identity politics, intersectional feminism, complete madness. ..."
BrainSync Beyond Binary Witchcraft: In Praise of ..."
Browse Our Archives
get the latest from
Agora
Sign up for our newsletter
POPULAR AT PATHEOS Pagan
1