Irish-American Witchcraft: The Power of Witchcraft in Troubled Times

That question started as a bit of a joke among some of my friends, but it’s a good question. Scent is a powerful trigger for the subconscious and can immediately create emotions and powerful states of mind, whether it’s  physical smell that we can actually sense or it’s something we connect with our magic on a different level. What smells do you most associate with your own magic, your own spellcasting, your own personal power? What scents, real or imagined, immediately trigger that feeling in you that some serious magic is happening?

2016 has been a difficult year and many people, for many reasons, are feeling afraid. That fear is not misplaced. Change is in the air and with that change comes uncertainty, and with widespread uncertainty comes energetic upheaval, roiling up like mud stirred from the bottom of a previously still pond. In the mundane world we are seeing it and in the esoteric world we are seeing it as well. Boundaries have been broken. The spirit world seems unusually present and the Otherworld is making itself known intensely. Like blood in the water draws predators, an atmosphere of ugly emotions draws predatory spirits, and while that muddy water is swirling, it becomes a vicious cycle of agitation. We are in it now, and likely it will get worse before it gets better–no doom and gloom prophesying, that just stating the obvious; things usually have to get worse before they get better.

The thing about fear though is that as Frank Herbert said “fear is the mind-killer.” Fear tends to make us withdraw and stop taking action, to pull back, to hesitate. Fear brings paralysis and despair. Fear all too often kills the magic in us by making us feel powerless and disconnected. We look around and we see too many battles, too much loss, too much death, and we lose hope – and with that loss we stop fighting and we stop making our unique magic. We let the fear win. And it’s understandable that the fear is present and that it is so overwhelming for some of us.

I found myself wondering recently, when I was in a place where I was afraid of the changes going on, why I had become a witch in the first place. When I was feeling powerless and worried about my own safety and the safety of people I care about I asked myself why I was remaining passive instead of actively working to do what I could – however little or much I could – to change things. I asked myself then what value magic has at times like these, when the rubber is hitting the road and even the illusion of safety is crumbling, and my answer came in the realization that it brings power to the powerless. I had already known that actually but I needed to be reminded of it, and I’m writing this today because I think maybe I’m not the only one.

We are coming to the end of the secular year. 2016 is almost over, and a new year is set to begin. The difficulties and uncertainties are still here, still swirling around us, but we are poised at a turning point when we can choose a new beginning, a new direction. After all for those of us in Western culture how deeply programmed is the idea that the new secular year is a fresh start? A time for resolutions and for new beginnings? Even if this isn’t when you personally celebrate your spiritual new year – I know it isn’t when I see my year renewing – the energy is still here, the potential is here, deeply rooted in cultural belief and secular practice. And I for one think that it would behoove us as magical practitioners of whatever flavor to seize this opportunity to take action. To get your witch on, as it were.

Now is the time to act, to make some magic to take back your sense of personal power. To remember what it means to be a magical practitioner and cause “change in conformity with will.”¹ If you are afraid then do something magical to feel safer: ward, shield, create a talisman or charm. If you are worried about others then do magic to protect them. If you feel hexing is in order, then hex as needed². If you think there is rampant injustice going on then do some magical work aimed at creating justice. If you want peace, do some magic for peace. If you want healing then do healing work. If you belong to a group see what you can do as a group, if you are alone do what you can on your own. But one way or another do something. Don’t let fear control you and make you feel powerless, rather act to take back your power and remind yourself of the value of witchcraft to the disenfranchised and powerless. Historically witchcraft was usually a tool of those who didn’t have social or political power, which is part of why it was so feared. Witchcraft wasn’t a nice-plays-by-the-rules-conformity thing but an out-of-bounds, wildcard thing, the method used by those with no other recourse. Women. The poor. The socially unacceptable and outcast. The people with the most to fear.

The smell of magic is in the air. Make sure it’s strong, powerful magic.

As for me? I’m doing what I can when and where I can; seizing the moment and being proactive. I’m getting my witch on, and as I told my friends when they asked, my magic smells like clove cigarettes and black rainbows³. 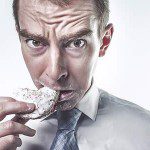 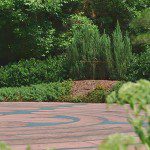 December 7, 2016 Lamp & Labyrinth: What is a lamp? A Labyrinth?
Recent Comments
0 | Leave a Comment
Browse Our Archives
Related posts from Agora