Tree City Witch: A Witch’s Grief & Advice for the Living

I hate that she’s not here, my Cleo, beloved feline.

Her story is in my book that’s coming out next year, in part because she died during the writing of the book, and she died during my Saturn transit. My book is about Saturn.

I was under a Saturn square Moon (and Pluto) transit, to be specific, and there were other astrological clues as well that foretold her death, especially in my Solar Return.

This is not to say that every Saturn square Moon transit will bring a death to your life although Saturn is, generally, associated with death, among other difficulties. The Lord of Karma, Saturn, doesn’t take your feelings into account. In one way or another, while under Saturn, you will die. But as good astrologers, and witches, we know that death is not the end.

A HISTORY OF DEATH

Cleo died in late December 2016, shortly before the chilly Florida New Year, and it was a sudden death, like many but not all of the deaths in my life (father, mother, other beloved pets), and for the first time since my early 30s, I had one cat, not two, not three. We were a family.

I know not every person is an animal person and not every person, not every witch, is a cat person. I am both although it wasn’t always that way. It wasn’t until the pest control gentleman back in 2002 suggested I get a cat to keep away the mice from my first Brooklyn (basement) apartment.

I was hesitant because I had known some troubled felines in my years, but Kitty, my first born (as I began to call her) changed my life with her kindness, intelligence and humble maternal nature.

WHAT’S A WITCH TO DO?

What’s a witch to do but talk to the dead?

We are supposed to, right? Pierce the veil or whatever it is that hangs between us and them? Neither mediumship nor necromancy is taboo around here.

Having lost my parents so young and perhaps for other reasons as well (easily seen in my natal chart), I am not quite here. I am not quite “there” either. I live between worlds. I carry messages back and forth through time and past lives. Virgo Rising, ruled by Mercury the messenger. “Real life” like math, is hard, but for witches the invisible is super real.

Now, not every witch is a necromancer and not every psychic or astrologer is a medium although I am a medium for clients sometimes (it happens). I also have a First House Pluto (another death planet) which means my Pluto has a prominent place in my chart. I am Pluto. I present as Pluto. And when driving past a cemetery I feel awfully wistful. Let me stay. Energy never dies but my bleeding heart feels it more amongst the dirt and cemetery silence.

I am not a Ouija Board kind of person and I know of no seances locally (I went to one in NYC) and one time I asked my regular Tarot Reader her opinion (did Cleo suffer? Is she okay?), but when I am home and the mood hits me (meaning that I feel torn apart by grief) I try to reach Cleo on my own. (And I make a distinction between “reaching her” and just the daily awareness of her here-ness or not-here-ness.)

What I do is reach across that thing that I failed to describe earlier, that veil wall bridge thing. That’s how it feels to me, a tall stone wall, seemingly impenetrable, even though I can smell her and touch her fur.

I try to storm it, I try to break through whatever keeps us apart, to hold her in my human arms again. Having a prominent Pluto helps with this because Pluto has that laser beam focus. It burns away the barrier.

I know what I describe here is clumsy but it’s one of many ways to reach the land of the dead. Storm it.

And, actually, it’s a drawbridge. The wall can come down.

This morning I was thinking about a client who I’ve been working with for a couple of months now. Her husband recently left this world. He was sick. He was dying. I spoke to her before it came to pass and I spoke to her after.

Sometimes I use the phrase “hard cases” to talk about the type of client I tend to attract. I mean this sweetly, affectionately, in that I may also be a “hard case” to those from whom I seek consolation. What’s a hard case? No easy answers. Emotions. You have to pull from deep inside of you to help them. But, see, she’s not a hard case at all.

We have so many sides (I wrote on my Facebook). The strongest person under the “right” conditions can fall apart in a sobbing heap.

Feelings don’t make you weak, my friends. They open you. They cut you open.

I felt exactly that, this morning, as I finished up this column. I felt a perfect slice from my collarbone to the top of my pelvis, my head and lower half intact. It felt like opening a book. Here are my pages. Read me.

And as I wrote those words my Goldy strolled over to me and offered up his commentary, his usual squawk-like meow.

Banging on the door of the dead is but one way to reach them. Grief, however, is like an axe. Sometimes you gotta swing it. 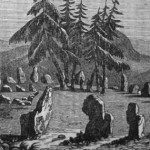 May 16, 2017
Lamp & Labyrinth: Witches & Mages, Borderfolk at the Threshold
Next Post 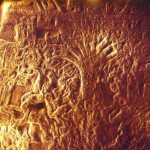 May 19, 2017 Urban Earthwitch: Needful Trees, Life and Limb, and Urban Warriors
Recent Comments
0 | Leave a Comment
"This sounds really interesting. Thanks. I love witchy book reviews. Books are always a wonderful ..."
WildestSea The Corner Crone: The Hedgewitch’s Little ..."
"These are great gift ideas! Useful for any occasion."
WildestSea Phoenix Rising: Last-Minute, Easy Yule Gifts ..."
"I read an article about not giving gifts to adults at Yule and other occasions. ..."
I. H. Hagar Phoenix Rising: Last-Minute, Easy Yule Gifts ..."
"Such an interesting read!"
Patti Annelle Patten Pan-Celtic Hoofbeats: Horses of the Dark ..."
Browse Our Archives
get the latest updates from
Agora
and the Patheos
Pagan
Channel
POPULAR AT PATHEOS Pagan
1

Pagan
The Corner Crone: The Parable of Cernunnos and...
Agora
TRENDING AT PATHEOS Pagan