Radical Pantheist: Money is the One God you Shouldn’t Worship

Radical Pantheist: Money is the One God you Shouldn’t Worship August 16, 2018 Luke Gardner

In the United States, the link between capitalism and religion is strong, validating the idea that money is a form of God.

Many social critics have drawn comparisons between economic systems and religion, but few have done so like Miguel D Lewis, an elusive philosopher attributed with the following quote:

An attempt at researching Lewis led me to an article by Nirvaan Nadeem in the Daily Times inspired by this very quote. The article proposes that in past societies, like the puritan colonizers of Europe, development in any field (for example: medicine, education, science, architecture and art) was influenced by God.

Nadeem believes that discoveries and advancements in U.S. society, and many others, are primarily motivated by the desire to make a profit, as opposed to the desire to serve a deity, money-related or otherwise.

“In the past kings were worshiped and their orders were followed without question, now the people in power had to figure out how to make the common man work against his interests, without him knowing it,” Nadeem said. “No longer was working for your country, king or fellow man a sacred duty, and problems arose regarding the means to control them.”

In an article for Margilina, Regina Munch reviews Chris Lehmann’s book “The Money Cult: Capitalism, Christianity, and the Unmaking of the American Dream.”

Munch explains that in the book Lehmann addresses how capitalist ideology has affected religious development in the United States. Lehmann believes that the Puritans and early colonizers were a communalistic culture, as they were often dependent on their neighbors for survival.

According to the article, as the ideas of the enlightenment area spread, preachers at public revivals would preach about “workplace discipline” as a part of God’s divine plan. According to Lehmann, the accumulation of wealth and the search for god became synonymous because capitalist ideology mixed with Christian doctrine over years of American development.

Lehmann uses Joel Osteen, the wealthy pastor infamous for refusing to open his church to flood victims, as an example of how the problematic narrative of “prosperity gospel” allows the mega-rich to justify deplorable actions by claiming that God helped them along their path to power.

This “prosperity gospel” narrative favors the Divine Right of Kings, and the Mandate of Heaven, two examples of how the politically powerful in past societies used religion to secure and abuse their positions of power.

Using religion to blindside the masses is nothing new; millions of conservative voters believe that Trump himself is sent by God. These supporters believe that God himself made Trump a politically powerful billionaire, despite that fact that their same god allows billions of humans to suffer because of lack of access to basic tools for survival.

Any ideology that paints the most wealthy and powerful people in the world as godly while failing to address global poverty, starvation, war and genocide is not valid religion or holistic spirituality; its propaganda.

Munch’s article explains how liberal New Age culture in the U.S. has just as many spiritual leeches as conservative Christianity. As opposed to preaching “prosperity gospel,” these people use the “law of attraction” to create narratives that excuse class hierarchies, claiming that wealth comes to those who raise their vibrations through techniques like visualizations and spellwork.

“Osteen would ask [the poor] why they won’t have faith in God’s productivity; Oprah and Chopra might wonder if [the poor] aren’t vibrating clearly enough,”Munch said.

Rich pastors, monks, priestesses and supposedly spiritual political leaders who tell their poor followers that poverty is their fault because they didn’t pray enough or meditate right are spiritual leeches, not spiritual leaders.

After hours of research I have arrived here, and it’s glaringly obvious that I’m only 15 feet deep in a rabbit hole that extends for miles.

I have reached the [temporary] conclusion that capitalism is very similar to religion, and that capitalism in the U.S. is intertwined with religion, from the glorification of the wealthy to the countless mass-produced products sold in the name of various religions.

Money can be used to do and purchase good things, but the nature of currency is that it is a resource unfairly dispersed, making money a god who nurtures only a privileged few, while leaving the poor to suffer and die.

Some who pray for money do so because they are facing starvation; others do so because they want to buy private jets and expensive clothing. Most are somewhere in between, and while the line between financial security and greed is debatable, the religion of capitalism clearly sanctifies the accumulation of wealth.

Therefore, those in the U.S. must reject money as a God by questioning their “leaders” in positions of wealth and power, not by idealizing them.

In the age of materialism, we must not forget that authentic spirituality serves all sentient beings with the desire to end their suffering, not the desire to accumulate material attachments and social power. 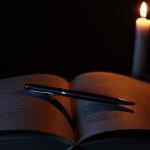 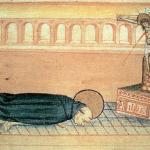 August 18, 2018 Hearth of Hellenism: Freedom from Spiritual Slavery
Recent Comments
0 | Leave a Comment
Browse Our Archives
get the latest from
Agora
Sign up for our newsletter
POPULAR AT PATHEOS Pagan
1