Hail From the Hearth: Faith Bashing, Legitimizing by Victimizing

We are often focused on the ignorance and misunderstandings that we receive as pagans that come in the form of questions ranging from queries regarding jewelry and attire to inquiries about our beliefs (in the case of Heathens: “wait…you worship a Marvel character?”).

It can be quite frustrating answering these questions on a near regular basis and we may feel vulnerable when our beliefs are questioned or challenged, which we may tend to immediately (and possibly naturally) have us go on the defensive when that occurs. Such defensiveness may stem not only from vulnerability but from one’s sense of pride as well. We found a faith that makes us whole, that gladdens our spirit, and nourishes a sense of community; so of course we would stand tall and rise to its defense by rallying with our proverbial shields and spears against the onslaught of queries and possible insults! We spend so much time and effort explaining and defending our newfound faith that we sometimes forget our former in the fray, and it is here that we sometimes start bashing.

Former faith bashing, or as I like to calling it “FoFaBing”, seems to be most apparent when one embraces their new faith and attempts to supplant the old one by focusing on the negative aspects or characteristics that were the impetus of leaving that faith, and may range from its doctrine to distrust. In Neo-Pagan and reconstruction faiths this is very prevalent.

Our reconstructionist beliefs have laid dormant for the most part due to mass religious conversion through sometimes violent means; and so some residual resentment may resurface.

This is especially true of Christianity and its bloody conversions around the world. Among and within neo-pagan circles we constantly hear about how: “Christianity took this from us” or “Christians destroyed/murdered…” and while it is true that Christianity has had some bloodsoaked history with the pagan faiths and others around the world, the focus toward forced religious conversion such as this gives rise toward intolerance that many pagans fail to take notice of. So what began as research into the origins of pre-Christian religion has now devolved into unhealthy criticism of the Christian past; then that slippery-slope fallacy slopes downward toward cringing at the very thought of anything remotely Christian or even outward mockery of practicing Christians.

When researching the Heathen past for example, we often come across the religious tension in Iceland during medieval times where the two factions of the “White Christ” and the “Red Thor” divided the population. Today we mimic this with online memes on how Thor or Odin are superior to Christ because they were banishing giants instead of turning the other cheek, and while it was probably created in jest, it does speak to an often ignored trend of intolerance.

Though one has every right to criticize religion, one must also have a logical argument and ask the proper questions. One must also be reminded that the Inquisition, the murderous sweeps of Charlemagne, violent conversions of Olaf Tryggvasson in Norway, and the American Puritan witch trials do not represent good Christian values.

These terrible times in the Christian past often overshadow the valuable lessons, teachings, and rich traditions that Christianity contains; the important and somewhat inspiring poetry of the Sermon on the Mount, the in-depth allegories of the Last Supper, and the fortitude of a small-yet-powerful minority lead by a charismatic Jewish rabbi during Roman persecution. The reality is that no Christian alive has existed during the time of these persecutions and the myriad of Christian sects do not make every Christian alike. If anything I think a person should only have a problem with Christians that make really weak (Lutherans) or others (Latter-Day Saints) completely prohibit coffee!

While Christianity seems to be the largest religious denomination from which pagans convert from, there are those who used to belong to faiths. In Judaism the concept of God (Yahweh or the Hebrew god of the Old Testament) is where one finds the “fire and brimstone” spoken so often by Judeo-Christian sects. The Hebrew god is vengeful and is not afraid to kick some serious butt of and for the Israelites; as opposed to the god of the New Testament (Christianity) that through his only son, Jesus Christ he is merciful and loving. Though both analogies might be simplified redundancies, the concept of a singular omnipotent/omnipresent deity may have rubbed pagans the wrong way. Those who left the Jewish faith may have felt (as this author has) that such a perception of the divine took away a sense of autonomy and individuality from them. Pagans may have found that the ability to directly choose their pantheon personage granted them a sense of individuality while the ability to steer clear of others provided a sense of spiritual autonomy.

Furthermore, as orthodoxic as Judaism is it does criticize itself from within just as some pagans (and especially in Heathenry) question our own faith while reconstructing it. The whole purpose of the Talmud (Instructional guide on Judaic rabbinic theology) and the Midrash (rabbinic interpretation of the bible) is to read and interpret the bible and theorize its content (from miracles to personages); something we as pagans sometimes do as we read, dissect, and theorize upon our own sources such as anthropological finds associated with our Hearth culture and Neo-Pagan tradition. 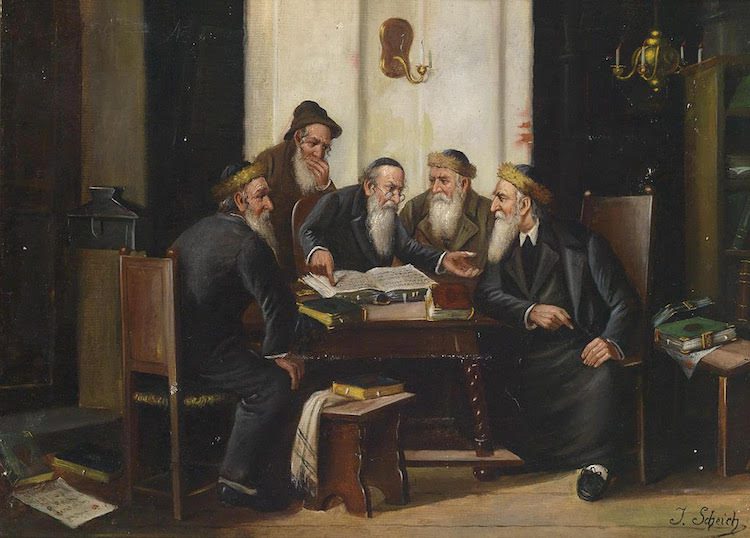 What Should We Do?

Nearly every religion on the planet has practiced religious intolerance at one point or another; even faiths who we associate with tolerance and peace such as Buddhism. This is true of our pagan faiths as well, and what needs to be understood is that just as we feel strongly about the negative impact that religious supplanting had on the ancient roots of our faith, former faith bashing negatively impacts our effort to reconstruct and practice our faith in the present.

If we tell ourselves that we believe in equality, that we stand against religious intolerance, and condemn the actions made in the ancient past (and some in the present) then we ourselves must show our temperance and understanding with other faiths – especially the ones we grew up knowing. Speaking from a Heathen perspective, we learn to honor the ancestors and our families, and thus must accept the fact that we will be honoring a heritage that is not rooted in Heathen antiquity. That is to say that we will be honoring ancestors who may have been Christian, Jewish, Muslim, Sikh, or Buddhist; faiths that may not have been pagan at all.

We want to be understood as pagans and seek to legitimize our newfound faith in the eyes of the greater stage of world religion, and but we must ask ourselves what would we like others to see.

We might not necessarily want to always “turn the other cheek”; however there are times when we should treat others as we would like to be treated. Christian proverb or not, there is a lesson to be learned from that axiom. And if we can take a lesson from our previous faiths, perhaps it will give those who still adhere to them a chance to learn more about ours. 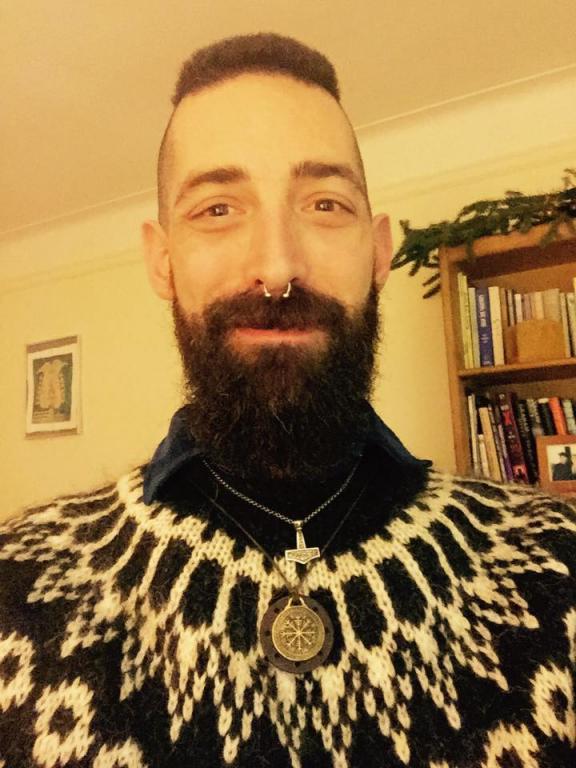 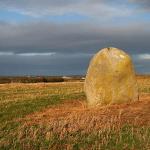 September 20, 2018
Pan-Celtic Hoofbeats: Mabon is a God
Next Post 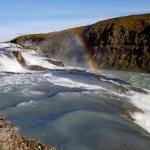 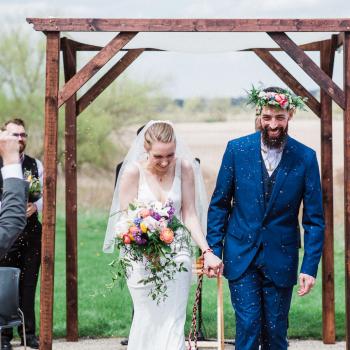 Pagan
Hail From the Hearth: My Heathen-Christian Interfaith Wedding
Agora 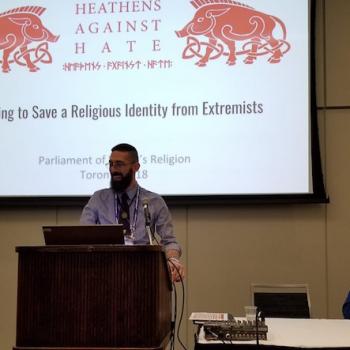 Pagan
Hail From the Hearth: Parliament of World's Religion...
Agora 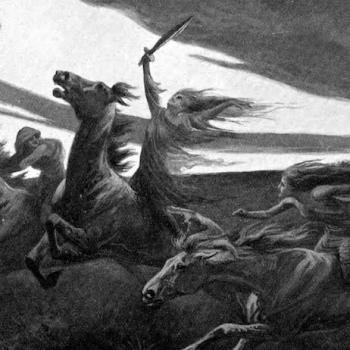 Pagan
Hail From the Hearth: An Evening for Dying...
Agora 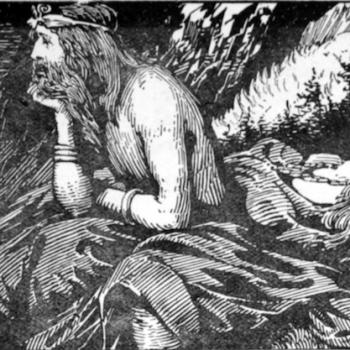