Of Light & Shadow: Anubis, God of the Modern Age

I can’t tell you exactly how old I was the first time I encountered Anubis, but I was rather young. I was likely around 5 years old, and it was a chilly, but pleasantly sunny autumn day. My grandfather and I were out on one of our nature walks, this time in a wooded area just a few miles outside of our small town in the Midwest. It was like any other time we spent outdoors, just enjoying the views and watching the wildlife that we encountered. On this particular day, I remember feeling a bit on edge, as we had driven over a small, wooden bridge to get to our locale for the day, and that had made me rather nervous, despite my grandfather’s attempts to calm me down by pointing out the beaver dam just down the stream. We continued on towards our destination, and I still couldn’t shake the anxious feelings. Once we reached our destination, we got out and started walking through the woods. It wasn’t long before we came to the edge of a clearing. Before either of us knew what happened, a group of coyotes ran past, with a large dog right behind them; all of them were chasing a deer.

One of the coyotes and the dog stopped right in front of us. Neither of them did anything; they merely stopped and stared at me. Why there was a dog joining the coyotes, I still don’t know, but my grandfather always thought perhaps it had ran away from a farm nearby and had assimilated into the local wild. Anyhow, instantly, my feelings of anxiousness disappeared, and this feeling of protection hit me. And just as quickly as the dog and coyote came, they were gone, running off to join their comrades to catch the deer. Like them, I would also go about my days, the memory still clear in my mind, but buried somewhere deep in my subconscious until a time when it would be needed again. It wasn’t until about a decade later, in my teen years, that it would resurface in a meaningful way, and I would learn what that experience actually meant to me.

I’ve been working with Anubis now for over 17 years. Even though my first real experience with him was at a young age, my discovery of him and the building of a relationship with him wasn’t all that interesting. When I began my pagan path in 2001, after some time, I started to get this pull to find a specific deity to work with. I had a few basic books for reference, so I started looking over some of the mentioned deities. At first, I was drawn more towards the theme of death than any specific deity’s name, which I would, as with many other aspects of my path, much later find out why. That’s another story for another day. I began researching deities such as Hades, Kali, Hel, Osiris, Anubis, and many more. From there, it narrowed to Egypt, and I became increasingly interested in Osiris and Anubis, and then from there, my interest settled on Anubis. I can’t tell you how many hours I spent pouring over the myths and stories that I could find, trying to learn as much as I could about him. I took copious amounts of notes. I began to pray to him and leave offerings, and he responded. This was the foundation of what would become an ongoing relationship for 17 years now. The rest is history, but granted, history is interesting, so there is always more to tell. 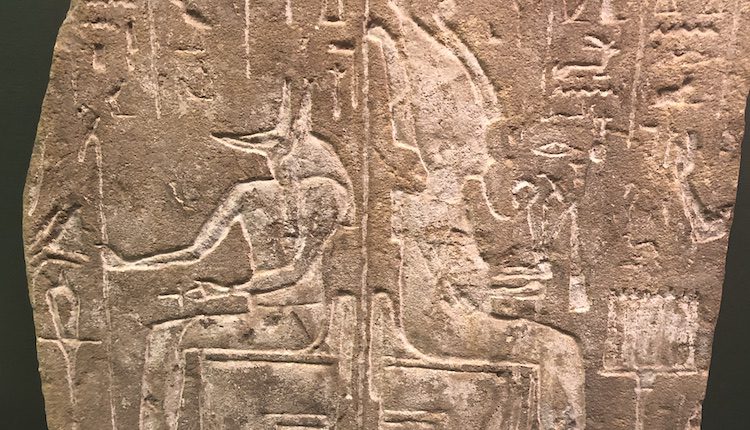 So where does this leave me? It’s left me with more to say about Anubis than I can fit into one sentence, one paragraph, one article, or even one book. Much of it is personal experience, but a lot of it is based off of reading and research I’ve done over the years. I’ve learned that Anubis is more than just the Egyptian god of embalming and funerals, and he is more than just a jackal-headed god that lives in the shadows of the desert. He is an ancient deity that has been shown to predate many of the other Egyptian deities, going as far back as 3100 BCE, possibly earlier. He is a strong, protective force, yet also caring for those blessed to be called by him.

To the Ancient Egyptians, his name would have been something similar to Anpu, or Inpw. Anubis, was, in fact, the name given to him by the Greeks, and also his most commonly used name by many pagans today. He was usually depicted as either a black canine (could be a jackal, dog, or even wolf) or a man with the head of a black canine. Rarely was he ever depicted in human form. As with many of the Egyptian deities, he was often depicted with an ankh. An interesting thing I’ve encountered from my own personal experience is that he can appear as any canine creature – I’ve encountered him as a jackal, dog, wolf, and even fox. He also appears to me as the typical human body with a canine head and, more rarely, in full human form.

Anubis was originally worshipped as the god of the dead and underworld, going back much farther than that of many other Egyptian deities. He was thought to be the son of Ra, god of the sun, and Hesat, Ra’s wife and possibly an early aspect of Hathor. The myth of Osiris and Isis would change the way the Egyptians worshipped Anubis. When Osiris, originally a god of agriculture and civilizations, became a more popular deity and more widely worshipped as god of the underworld and of rebirth as a result of this myth, Anubis’ role would shift to a lesser role as god of mummification and embalming. His origin story would shift as well, with his parents thought to be either Osiris and Nephthys (a river goddess later associated with death), or Set (god of chaos and storms) and Nephthys. Though he was considered a lesser god, his role was still vitally important, as we all know that mummification and embalming were an important part of funerary rites at that time. Anubis was petitioned to watch over and guide the souls of the dead on their journey from the physical realm to the afterlife.

During this shift, Anubis’ role in the afterlife that we are most familiar with today became more prominent and more popular. Anubis presides over the Hall of Judgement, where souls go upon their death to be judged. The ceremony, known as the weighing of the heart, is a ceremony where one’s heart would be weighed against the feather of Ma’at, the idea of order, balance, truth, and justice in the universe, sometimes also depicted in goddess form. The souls that were deemed unbalanced were fed to Ammut the Devourer. While Osiris oversaw that whole process, it was Anubis who actually performed the ceremony.

The gods were worshipped according to the world around them at that time. As times shift, so do the gods. Modern worship of the gods depends heavily on Unverified Personal Gnosis (UPG), or personal experiences. My own worship incorporates various aspects of Anubis that have been present over the span of history. It envisions him in his original role as god of death and the underworld, but also incorporates his later roles as weigher of hearts and guide in the afterlife. I even incorporate Anubis’ aspect, as some of the later Greco-Roman pantheons would worship him, as Hermanubis, a sort of blend of Greek god Hermes and Egyptian god Anubis.

Modern Anubites, including myself, seek the Obsidian Lord for protection, guidance (particularly in dark times), healing, balance, getting through chaotic times, and seeking the mysteries of the universe. He is the guardian of the lost and the lonely and will often help when called upon, unless he has deemed you need to learn a lesson on your own. I’ve found, through my own experiences, that he is a much gentler deity than other gods and goddesses associated with death. He seems to much prefers something that comes from the heart than something fanciful. There is a time and a place for formalities, but sometimes lighting a black candle and speaking to him, openly and honestly, are the most meaningful. Speak to him. Speak your truth. The Lord of the Night is listening. 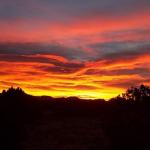 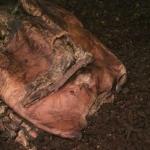 November 17, 2018 Omens & Oracles: Human Sacrifice
Recent Comments
0 | Leave a Comment
"Thank you for saying this part: "Let me state unequivocally that there are parents so ..."
Nichole Cardillo Simple Witchery: Right Relation – Holding ..."
"I'm sorry but there is all sort of fear mongering in your blog post. Crossing ..."
Theresa Day Stirring the Brew: Underworld Crossings
"I'm doing a college paper in my history class about paganism making a come back. ..."
Alex Route Hearth of Hellenism: The Greek Wheel ..."
"One night driving home through the country, two coyotes ran across the road in front ..."
Wolf Stirring the Brew: Underworld Crossings
Browse Our Archives
Related posts from Agora