When I was about fourteen years old I developed an avid interest in horror films. The cheesier the better. Demonic possession? Nice! Hollywood versions of “satanic” rituals? Fascinating! Ghosts destroying entire suburban homes? Why not! The movies that genuinely made me feel scared, however, were the ones that combined blood and gore with religion. Specifically, the subject of making sacrifices to gods or spirits (what this says about me, I’m not sure). Later on this fear/fascination prompted me to learn more about the origins of human sacrifice, as macabre as that sounds. I found out some pretty creepy stuff. 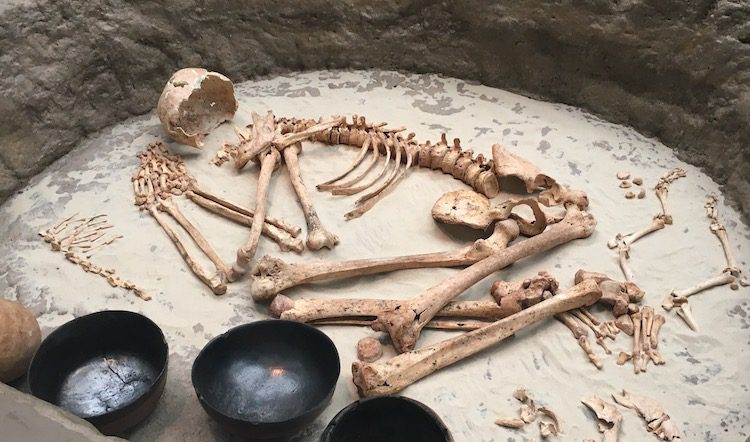 Looking back at human history, we’ve done weird and horrible things. Human sacrifice – that is, the act of ritually killing a person as an offering to a higher power – was practiced by many ancient civilizations. But why did they do it? Here’s a list.

1. They thought they had a good reason. Thousands of years ago humans were at the mercy of nature, which they thought was a sentient higher power with whom they could bargain. They didn’t understand science, so natural forces like tornadoes, hurricanes and drought were thought to be acts of vengeance or wrath from angry gods. The moods of their gods could cause destruction, starvation and disease. In an attempt to prevent these things, they tried to appease the omnipresent force with gifts. The more valuable the gift the better their chance of being heard, and what’s more valuable than a life?

2. Everyone was doing it. All over the world since the dawn of human history, people have willingly sacrificed themselves and their loved ones to deity. It’s strange that the act of sacrifice was worldwide, and people from all over the planet with no connection or communication with one another were all doing it as if on instinct. Does this mean sacrificing ourselves or others stemmed from some primal urge in our DNA?

3. Sacrifice ensured survival. The Aztecs believed offerings of blood and human organs were necessary to keep the sun in the sky. Since they would perish without the sun, each year an honored teenage boy was chosen to represent Tezcatlipoca, the god of creation. For one year prior to the festival, this boy would live a life of luxury and leisure. He was given the best clothing and jewels, learned to play the flute, and had attendants to wait on him. On the chosen day, the boy’s heart was ripped out, fresh and still beating, and ceremonially offered to the sun. Immediately afterwards a new young man was chosen for the following year’s festivities.

4. Yes, virgins were a thing. During the Incan Empire, human sacrifice was considered necessary in times of famine, war and natural disaster. Usually the sacrifices were young virgin females. These virgin sacrifices had to be physically “perfect” with no marks, moles, freckles or scars on their entire bodies. Parents would offer their own children up for the role, as it was a noble act for the greater good. The children were treated well prior to their deaths, given the best of food and clothing. The virgins were led to the top of a mountain, where their throats were slit or their heads broken open. Their blood was then smeared on the faces of idols and the embalmed bodies of lords and kings.

5. Baby bones kept starvation away. In 1985 thousands of urns were discovered in the ancient city of Carthage, which contained the burned bones of babies. It was said that impoverished people sold their children for sacrifice, and wealthy people would buy slave children instead of killing their own offspring. The children were usually newborns but some were up to three years old. This burning of babies was performed in times of famine and need.

6. People craved victory. In Sweden, every 9 years a grand sacrifice of both humans and animals was made in exchange for victory in battle. It’s said that 9 carefully chosen creatures were beheaded, and the blood used to placate the gods. Then the bodies of humans, dogs and horses were hung from sacred trees near the temple.

7. The future could be told with blood. There are ancient documents that claim the Celts would fatally stab a person, and then examine the twitches and death throes of the victim to gain information about the future. Also the position of the fallen body, along with the patterns in the splattered blood, divined answers to questions, like the reading of tea leaves only a lot messier. 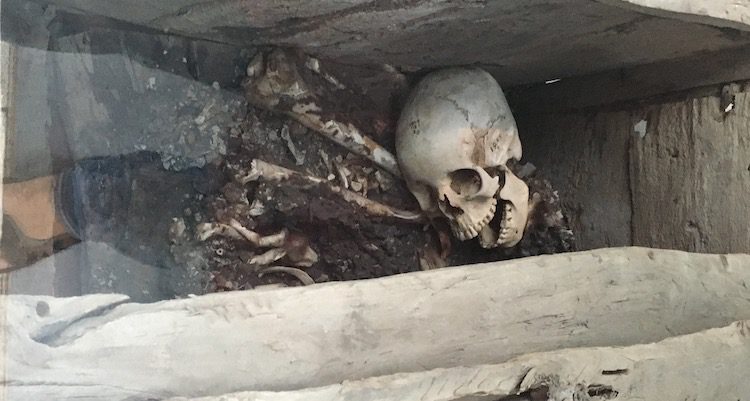 8. People wanted to give thanks. Archeological excavations in southern Britain revealed large scale burials of humans and animals in pits where grain was stored. It’s surmised these sacrifices were given as thanks to earth deities for the grain, and to ensure future farming success.

9. Blessing buildings. In China in the 16th century, live humans were trapped inside the foundations of new buildings and left to perish as part of consecration ceremonies.

10. Placating nature. In Oceania, volcanoes caused people to live in constant fear of natural disaster. Once a year a child would be taken from a neighboring village, dismembered by a priestess, and fed to the live volcano in a bid to keep it from erupting. In later years a wooden doll was cut apart instead of a child.

Christianity eventually overtook Rome and Greece, and with it, came the belief in Jesus Christ. It was believed that the Christian God chose to surrender his one and only son, and that nailing him to a cross was the grand finale for all the sins and wrongdoings of human kind. Christianity taught that there was no longer a need for human sacrifice, as God had gifted the blood of his own son in its place.

There have been documented cases of human sacrifice in modern days, but many of them have been left open ended and unproven. It can’t be said for certain if they were indeed religious acts or simply mad, bloodthirsty crimes. Some say that human sacrifice is alive and well in many parts of the world. I don’t know about you, but it wouldn’t surprise me considering our past behavior. 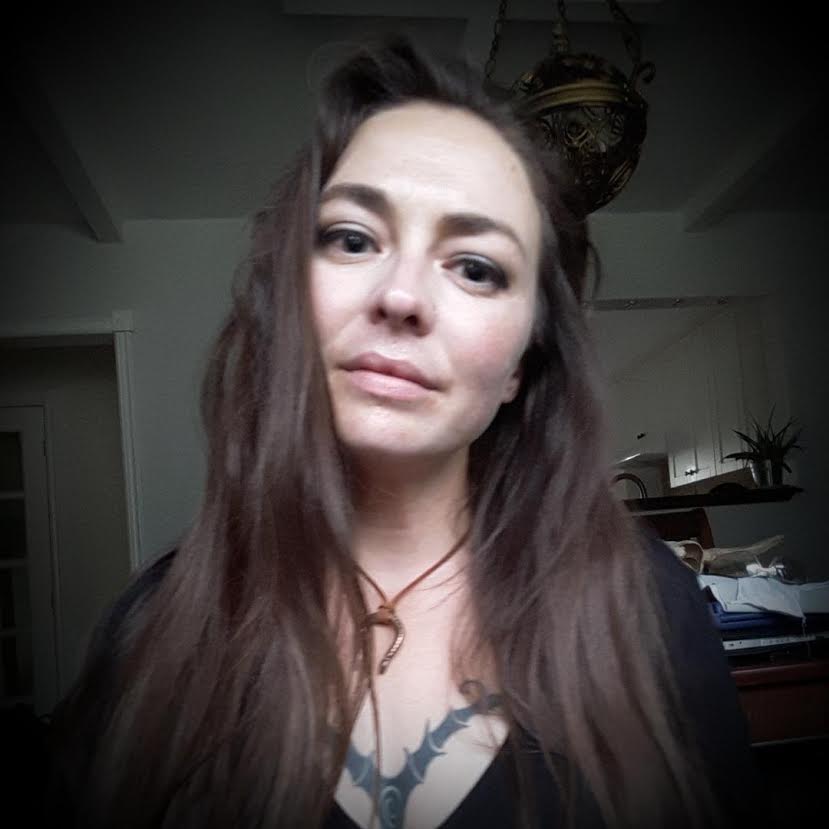 About Kate Freuler
Kate Freuler is a Canadian writer and artist, and the owner of www.whitemoonwitchcraft.com, an online occult shop. You can read more about the author here.
Previous Post 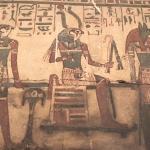 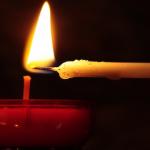 November 18, 2018 Between Two Worlds: Transgender Day of Remembrance
Recent Comments
0 | Leave a Comment
"I love this response! Thanks for reading, Willow Rose!"
Martha Kirby Capo The Corner Crone: Are You Thor, ..."
"I also have to say. Black culture reclaims negative origins (when they exist) to their ..."
Jhibli Chonosuke Irish-American Witchcraft: Elf-Locks, Tangled Hair, Ill-Luck, ..."
"I absolutely appreciate your thought process and your writing. Obstacles are obstacles, everybody encounters them. ..."
Willow Rose Magick IRL: Now Get to Work, ..."
"Oh me! I love the things, the sparklier the better . . . long before ..."
Willow Rose The Corner Crone: Are You Thor, ..."
Browse Our Archives
Follow Us! 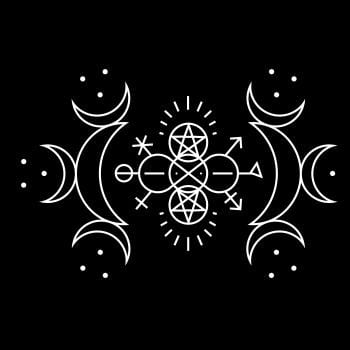 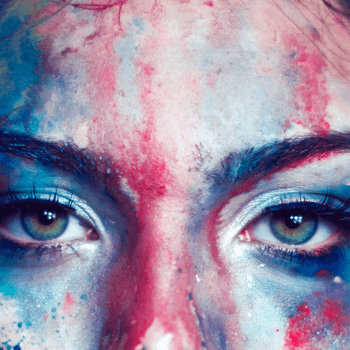