I’m getting ready to head off for  Ohio State University’s ‘Popular Culture and the Deep Past: Fairies and the Fantastic‘ conference where I’m presenting a paper on the evolution of the fairy courts from Scottish ballads to popculture. It’s looking to be a great conference and I’m excited to attend the other presentations and broaden my view and understanding of the subject as much as possible. Getting ready for the conference also has me thinking, inevitably, about the wider topic of fairies in popculture and my own feelings on it.

It’s not something new for me to contemplate, by any means. I have often, over the last few years especially, found myself looking around the pagan community at the way that fiction and gaming are influencing spiritual beliefs and found myself wondering what road that leads us collectively down. American pagans are by and large people disconnected from traditional cultures and to fill in those gaps sometimes they look back at the traditional cultures but other times they seek these connections in the more readily available fiction found in mass media.

This creates a constant tension between beliefs rooted in longstanding cultural beliefs and beliefs coming from newer sources but often blended in or taken as older ones. What separates the two, ultimately, isn’t whether the people repeating the idea believe them but whether the source of the idea believed them, and in that aspect the two sources are vastly different.

What we see then in the modern world is two distinct strains of fairy belief. One strain relies on the foundation of older folk belief as it still lives in the modern world. The other strain is created and recreated constantly from the chimera of fiction and gaming lore which is itself in constant flux.

Following the Footsteps of the Past

Traditional fairy beliefs come to us across generations, reinforced by belief and practice. What makes these beliefs traditional is two main factors, I think: that they exist within a cultural framework and are passed down through successive generations, and that they represent genuine beliefs that people adhered to. Even today when we talk about beliefs in cultures like Iceland or Ireland while contemporary people might deny that they themselves believe in the stories and folk practices they pass on they do not question that their predecessors and other people do.

It is these layers of past belief that build on each other and form the foundation of traditional belief. When a story is shared of someone experiencing being fairy-led or hearing a Bean Sidhe it is unquestioned that the person who had the experience genuinely believed it occured and passed it on the same way they would have a story of seeing a rare bird or meeting a famous human.

For those seeking fairy beliefs today the sources are often confusing and convoluted. The traditional fairy beliefs are certainly still there and are easier to find than they ever have been, but the exact same thing that makes them more readily available to a wider audience are the same things that muddy the waters and add to the confusion. Fairy fiction is more popular than ever and far more detached from older beliefs; some storytellers take pride in overturning what they consider to be tropes by going against the older fairy beliefs* while others take only the name of a being or concept and then reinvent it.

For people disconnected from the cultures who still actively have these beliefs this mix of traditional beliefs and new creations can be confusing, especially when spirituality is added to the mix. People seeking fairies today, if they want to rely on the older beliefs, have to be cautious then to filter out the pop-fiction and gaming pieces or to be clear about the sources they are pulling from.

It’s easy to think that what’s found in fiction and in gaming is inline with older beliefs, but often it isn’t. In some cases the newer ideas directly contradict the older ones and in others they may play off the traditional beliefs but with major creative liberties based on the needs of the author. It’s important to remember this rather than to take what’s found in books, games, tv shows, and movies as reflective of the Otherworld and the beings within it from either the corpus of folklore or their actual reality from an animistic view**.

A related question to the wider subject of fairies in popculture is whether fairies evolve or remain as older stories would have them. I think this at least we can answer fairly directly – yes they do. In the 20th century we have at least one example of a new fairy emerging into folklore that fits the hallmarks of traditional belief but emerged as something unique, possibly developing out of older lore. This of course would be the World War I era Gremlins which were seen and experienced by RAF fighters and whose stories spread from there. We also see evidence in anecdotal accounts of fairies changing as human culture changed, so that a couple centuries after art and theater start to depict fairies with wings we see anecdotal accounts of fairies seen with wings.

Clearly then they do change, not immediately or even perhaps on pace with human culture, but they are not static beings. And what evidence we have does point to a deep connection between humans, human belief or expectation, and fairies although it may perhaps be safer to say that humans may get what they expect in some cases rather than that human belief directly and profoundly shapes the Good People themselves^.

This is by no means a clear cut subject. What starts out as fiction can and sometimes does eventually become belief something that we see in relation to the 18th and early 19th century attempts at fairylore, often more fiction than actual preserved folk belief. The modern ideas for Leprechauns, for example, which are found even within the living traditional cultures can’t be traced back further than the mid-1800’s (to an Irish American author); prior to that the evidence we have for those beings paints a different picture of who and what they were.

The ideas of the Unseelie and Seelie fairy courts are originally found in Scotland but have slowly spread and are now seen across an array of fairylore. Understanding these sources and threads is important as we move forward into a multimedia future which is only going to see this confusion increasing.

Some people may argue that popculture beliefs about fairies are just as valuable as traditional ones, and certainly there’s a strong indication that they can be as widespread and powerful to the people who adopt them. I’m not going to waste effort arguing against that, but I do tend to urge caution when we are incorporating fiction into spirituality. For me at least there is a sharp dividing line between the animism that underlies my spirituality – and hence my fairy faith – and the creative world of fiction and gaming.

Just because a belief is new doesn’t mean it’s wrong anymore than a belief being old makes it more correct but beliefs culled from fiction require a lot more discernment if you are going to incorporate them into your spirituality. I have found that having that base in traditional fairylore from the living cultures is really essential to understanding what can and can’t be valuable in modern fiction and why some things work and some really don’t when applied to spirituality.

*for example the idea of re-casting the Unseelie fairies – those who are most inimical to humans – into the anti-heros or protagonists has become almost its own trope particularly in young adult fiction and some urban fantasy. This concept from fiction has definitely found its way into some corners of pagan spirituality.

**by animistic view I mean the viewpoint that would say these beings exist as independent, living beings separate from human creation. This is my own viewpoint, but is supported by wider animist thought which establishes that spirit beings form their own ecology of which humans are a part but not essential. I might suggest that humans and fairies have a highly symbiotic relationship but I do not think that fairies existence is dependant on human belief (sorry Tinkerbell).

^This topic however would need a whole article of its own to unpack – I am massively simplifying it here. Suffice to say there is no easy answer and human belief does influence them, based on the wider arch of anecdotal and folkloric material but the influence isn’t as simple as belief=reality 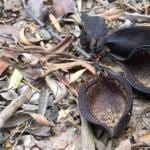 February 17, 2019
The Corner Crone: From Tomb to Womb to Bloom
Next Post 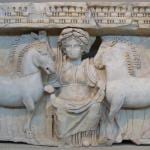