Acorn & Antler: What’s Under Your Robes?

The flames flicker across the naked bodies in the Circle. A figure steps toward the altar, their body fully illuminated by the numerous candles. The attendees of the Circle do not notice that the person who is their Priestess is transgender, and those who do couldn’t care less. The Priestess has been doing this for years; she was a Third Degree Initiate of her tradition. All of this sounds pretty normal, right? Well in some traditions, it is entirely possible that our Priestess would not even be allowed to be initiated. Let’s unpack this aversion that some Traditional Wicca has to trans bodies.

Let’s go back to the beginning of Wicca, founded by Gerald Gardner and first introduced to the public in 1954. The ‘50s are not particularly known for their transgender rights, and Wicca was founded as a rather cis-gender and heterosexual religion. The early covens would not even allow those who self-identified as homosexual. Many covens often refused to initiate gay and lesbian people because they did not fit with the religion; their gods were not homosexual and therefore the Priests and Priestesses could not be either. If you ask most people in my tradition what they think of this, you would get a lot of, “That’s stupid, and of course gay, lesbian, and transgender people are capable of being Priests and Priestesses.” Unfortunately I have to say most, because not everyone feels that way.

In my tradition, Blue Star Wicca, I was taught about “Seeing the God in Every Man and Seeing the Goddess in Every Woman,” but I was also taught the opposite, “Seeing the God in Every Woman and Seeing the Goddess in Every Man.” This exercise was one of the most powerful for me as a queer and trans individual. My initial training in my first Grove was rather unique in that our entire Grove was some flavor of LGBTQ and did not have a straight person join for a long time. Let’s dive into one of the hottest topics I often find myself in personally: Cross-sex initiation vs. Same-sex initiation.

Some Initiatory Traditional Wiccan groups do not and will not recognize Same-sex initiations as valid. I was often warned by my teachers that if I wanted to enter an Inner Court Circle as a future Initiate, it is possible that my password may be denied and I may not be allowed to enter the Circle. That idea blew my mind and then immediately made me kind of depressed to think that some of my Craft Family would deny me entry into a Circle. This is not just in my tradition, it’s in others as well. Chthonioi-Alexandrian Wicca for instance is a family of covens with an unbroken lineage going back to Alex and Maxine Sanders, however many Alexandrian elders do not recognize them as true Alexandrian because of their acceptance of Same-Sex Initiations.

Chthonioi-Alexandrian, as well as most of my immediate Blue Star family, believe that the polarity of the male and female energies of the divine exist in all of us and while our physical body can certainly influence it, we are not bound by it. This goes back to my mention of the God and Goddess in Every Man and Woman, everyone has the capability to express both masculine and feminine energy. It is also much better for an individual to be well-rounded because if you have students and you are actively teaching your tradition to them, how well can you teach a role to them if you do not understand the energy that’s being used? While the idea of inclusion may not seem that huge to a lot of people, we have to remember when Wicca was founded. Wicca needs to adapt to the times if it expects to truly survive as a religion, and I want it to survive I truly do, but we have to do better if we want to see what we’ve created to prosper.

Another topic along the lines of Transgender Identities in Wicca is the idea that not all Deities are straight or cis-gender. My prime example of this is Loki, who in many of his myths is seen as a rather genderfluid individual. If our Gods have loose ideas of gender and sexuality, then why do we feel the need to police how other people identify? It seems rather silly to me that we, a fringe religion that often has followers who are not of the mainstream, attempt to police people into fitting a cis-gender and heterosexual mold.

I have found a home in Traditional Wicca and in Blue Star Wicca specifically because of how accepting the people I have met have been to me. I know this isn’t always going to be the case, but I have hope for the future. Queer and Transgender individuals just want to be able to practice their religion in peace and we should be able to respect that and endeavor to remove bigotry from our Craft. 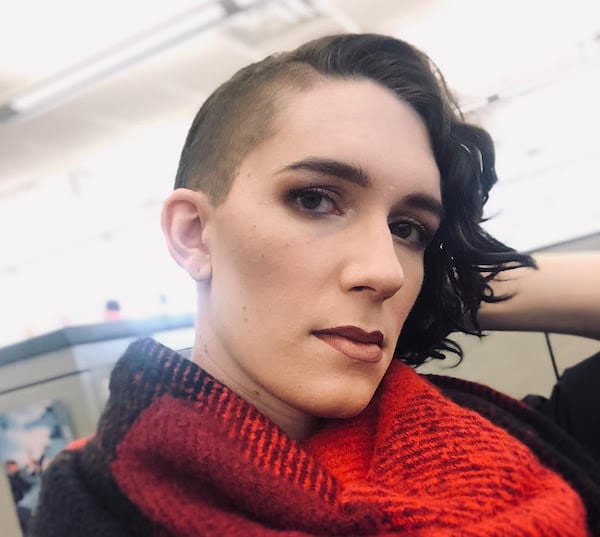 About October Leigh
October Leigh is a member of the Blue Star Tradition of Wicca, of which she has been a member for 6 years and a practicing pagan of 10 years. She is an Herbalist in practice and has been studying herbs and resins for her entire pagan career. Her main focus in Herbalism is a school of herbal teaching known as The Poison Path, a view of herbalism that poisonous plants can be great magical allies. As a transgender pagan, and more specifically a Lineaged/Initiatory Wiccan, she is also very involved in making Traditional Wicca a safer and more open space for Queer and Trans individuals. You can read more about the author here.
Previous Post 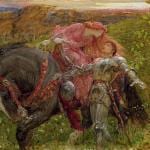 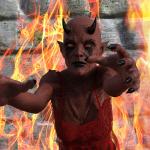 March 5, 2019 Phosphoros' Illuminations: "You Must Unlearn What You Have Learned"
Recent Comments
0 | Leave a Comment
"I absolutely resonated with this; there’s a John Wick action figure on my Mórrígan altar"
femmetac Making Light: My Little Pony on ..."
"This is great, thank you! Litha blessings!"
Elaine Kolp Salt City Pagan: How Pagans Celebrate ..."
"I think its awesome youre a Buddhist and a Pagan. Namaste! I became a Pagan ..."
Brianna LaPoint Salt City Pagan: Why I Choose ..."
"Energy cannot be created (what is having children then?) nor destroyed. I think that this ..."
Brianna LaPoint Salt City Pagan: Why I Choose ..."
Browse Our Archives
get the latest from
Agora
Sign up for our newsletter
POPULAR AT PATHEOS Pagan
1