While I was at the recent Ohio State Fairies and the Fantastic conference a question was raised a few times about the connection between fairies and non-binary identities or more widely gender identities and sexuality. These were questions asked to other presenters but it’s something that’s stayed on my mind since I’ve gotten back home, because like so many things with the Good People the answer is complicated and impossible to answer concisely. Ultimately the answer to whether they are within the human gender binary and sexuality of traditional Western society is yes, no, and maybe across a swath of different cultural expressions and time periods. I thought today we could take a closer look at that answer.

Folkloric Fairies In the Binary

There is evidence for fairies in folklore and literature within a traditional gender binary. In older folklore while sometimes appearing androgynous or effeminate fairies were generally strongly gendered and sexual. Female fairies appear, particularly in literature, as definitively female, alluring, and often beautiful by the standards of the time; male fairies while sometimes described as slightly more androgynous, especially the aelfe, are nonetheless clearly described as male, overtly sexual or masculine, and when they fit within contemporary gender roles they do so in an exemplary fashion. They are described in older stories as distinctly male or female, and both are often explicitly sexual to a point that various types of fairies were equated to incubi or succubi. They are well known in stories for both being described in and acting in ways within the binary and also fathering or bearing children with humans. There’s no example as far as I’m aware of in an older story of fairies being gender fluid, switching genders, or similar. The only existing evidence we have supports heterosexuality, although given the sources for this evidence in stories – either death by seduction or reproduction – there isn’t enough evidence to actually support a definitive conclusion.

Despite the blatant male and female gendering of fairies and lack of evidence for gender fluidity or homosexuality, we can’t exactly rush to say that therefore fairies fit into easily defined gender or sexual categories. While fairies as they appear in stories are clearly gendered that gendering itself is fluid in a wider sense, as we see with the Norse and Anglo-Saxon alfar and aelfe who initially are only male beings but in later periods shift into both male and female beings and in some areas even primarily female beings (Hall, 2007). In a more specific sense while we may see male and female fairies in folklore they often act against existing gender norms within their root culture with male fairies doing what would be defined as ‘woman’s work’. This may be further supported by the activities of Fairy Queens in ballads and literature who often appear as powerful female figures, even sometimes eclipsing their kings, during periods when political and social power was the usual domain of men, showing that female fairies were just as likely to take on male social roles as male fairies were to take on female ones. Fairy Queens were also overtly sexual, dangerously so in some cases, intertwining death and fertility, and breaking a common social boundary of the early modern period by teaching women’s skills and knowledge to men, such as the Scottish witch Andro Man (Purkiss, 2000). Buccola says that “Fairy gender identities were, thusly, highly ambiguous...” and that “fairies indiscriminately engage in activities socially ascribed to men or women specifically” (Buccola, 2006, page 41).

Although I did say we don’t have any indication of gender fluidity in fairies that isn’t strictly true, although the source must be kept in mind. There is nothing to my knowledge in myth or folklore about a fairy or fairylike being changing gender or appearing to be genderless but there is such in the grimoire material, at list implicitly. Several of the grimoires that deal with fairies mention female fairies and how to summon and command them but also describe these beings as dukes of Hell, even going so far as to say that their appearance as female beings is illusion despite elsewhere giving instructions on how to summon them as the magician’s lover (Harm, Clark, & Peterson, 2015). At best this is highly uncertain but could be interpreted as gender fluidity; it indicates a lack of concern with specific gender roles that we do see elsewhere in other material.

Fairies have always transgressed human social mores, for example the fairy wives who would weep at births and laugh at funerals. They dance wildly and freely in the night when human societies dictate rigid structure to dancing, they bless or curse seemingly on whims, and they cross more ephemeral lines as well by associating with the dead and stealing the living. As Yeats said in Celtic Twilight they are beings of unmixed emotions, and this perhaps more than anything is shown in their willingness to engage with humanity as well as substitute their own rules and mores for human ones. Humans they like, for any inexplicable reason, are rewarded while those they dislike, again sometimes for even the smallest infraction, are punished cruelly.

Fairies have also been associated with specific humans who transgressed social norms and broke boundaries for as long as we have stories of them. The people they were most likely to steal were humans during periods of social liminality, be that birth, marriage, illness, or death (Narvaez, 1991). The witches and wise women said to have gained their knowledge from dealing with fairies were also either approached during liminal times, such as Bessie Dunlop who met the Queen of Elfame while Bessie was in labour with her child, or were people on the margins of society who had already been othered to a degree. Ann Jeffries, a young woman much entangled with fairies in 17th century England, was said to be unusually bold and daring described by author Regina Buccola as “[refusing] to conform to social standards governing gendered behavior even before she was under fairy tutelage” (Buccola, 2006, page 181).

Fairies have also been associated over time with groups of humans who transgressed as opposed to individuals. Besides witches, which we have many individual examples of, there were also cases of people rebelling against political oppression who would refer to themselves as servants of the fairies or even as the fairy King and Queen. In England in the 14th and 15th centuries there were several rebellions led by people claiming such, including one very popular leader who fashioned himself the ‘Queen of the feyre’ (Green, 2016). Similarly the term fairy became associated in the 17th century with women who were promiscuous, that is who transgressed accepted sexual mores of the time, and in later centuries with homosexual men who did the same (Narvaez, 1991).

The picture we have up to the mid-1800’s or so is one of fairies as gendered, ambiguous, transgressing, sexual beings. That all changed as the Victorian period and its influence came in and fairies outside traditional cultures were re-imagined as more childlike and eventually more innocent, although the innocence retained something of an edge. As Purkiss points out in her book ‘At the Bottom of the Garden’ this innocent depiction is difficult for modern audiences to properly interpret as it seems to include a great deal of underlying innuendo that may or may not have been intentional. Fairies in artwork become more childlike physically as we see in the work of Cicely Mary Barker for example and the overt sexuality of traditional fairies is slowly replaced by a subtle sexuality or even asexuality.

After the Victorians re-envisioned fairies understandings of them were further influenced by theosophy and the new age movement which saw fairies as nature spirits and elemental beings, often depicting or describing them as non-physical and sometimes genderless. Moving into the late 19th and 20th century we start to see anecdotal accounts also reflecting these ideas with stories of people encountering fairies who have no overt genders and for whom sexuality doesn’t seem to be a factor. 20th century pagan authors and fiction writers would also carry this forward with descriptions and in some cases even very specific taxonomy of fairies that explicitly defined them as androgynous and asexual. This view still dominates in certain schools of thought, while the older traditional views still exist as well creating an inevitable tension in trying to understand fairies too narrowly.

Fairies and the Liminal

Fairies have always represented the liminal, the outliers, the forbidden, and the things disallowed by society. In times of repression they were symbols of excess and exuberant joy even in their destruction and danger. I started this by saying that the answer to fairies’ gender and sexuality was ‘yes, no, and maybe’ and that is the most honest answer. The human understanding of the subject has evolved and changed across the centuries but the one constant has been that fairies are always transgressors in relation to human norms. Are they part of the human gender binary? There is certainly evidence that they are and that they act within it, particularly to create children and to prey on humans. Are they outside the human gender binary? Also yes, in that there is evidence that they have always defied human gender roles and acted not only against them in many cases but also moved between them as it pleased them to. The question of sexuality is where the maybe comes in, as there simply isn’t enough information to definitively say anything beyond that fairies historically were often very sexual beings, but in modern contexts may be more varied. 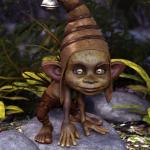 March 1, 2019
Book of Blackbirds: Faeries and Elves, Revisited
Next Post 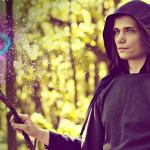 March 4, 2019 Acorn & Antler: What's Under Your Robes?
Recent Comments
0 | Leave a Comment
"I think its awesome youre a Buddhist and a Pagan. Namaste! I became a Pagan ..."
Brianna LaPoint Salt City Pagan: Why I Choose ..."
"Energy cannot be created (what is having children then?) nor destroyed. I think that this ..."
Brianna LaPoint Salt City Pagan: Why I Choose ..."
"Just a quick note to say that I very much appreciate your melding of science ..."
Katherine Osburn Salt City Pagan: Expanding on Disbelief
"I'm a lone practitioner whose life revolves around planting and gathering. This of necessity makes ..."
Michel Simple Witchery: Wildcrafting In The Northern ..."
Browse Our Archives
get the latest from
Agora
Sign up for our newsletter
POPULAR AT PATHEOS Pagan
1