Pergamum Unfurled: “The Symbols and Magick of Tarot”

Pergamum Unfurled: “The Symbols and Magick of Tarot” May 8, 2019 Terence P. Ward

I told the proprietor of my local metaphysical shop that I wanted to read a book to help me understand tarot better, and the one she suggested was The Symbols and Magick of Tarot. Author Paul Beyerl had impressed her enough that she’d hired him to spend a few days teaching her own students. 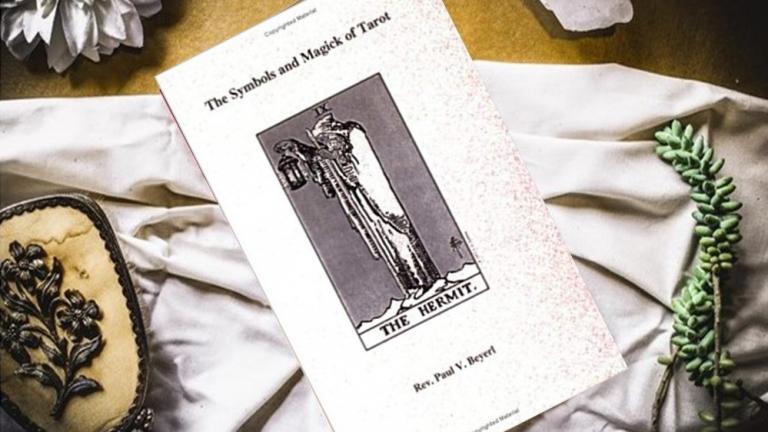 Beyerl begins by trying to put tarot in perspective: it’s neither a tool of Satanists (a lot of whom don’t even believe in Satan, puzzling as that is for me) nor a predictor of the future; he notes in the introduction that “I’ve never heard of anyone winning a lottery or an election due to a tarot reader’s advice.” Fair point. He also acknowledges that much of what’s written is unnecessarily complex, and that readers might prefer “interpretive material which is uncluttered by the intellectual jargon of an adept.” That’s an exciting goal.

The author demonstrates his understanding of tarot history, which is quite important in the study of the complex symbols on these cards. It’s the difference between listing symbolic meanings and providing them with useful context. He begins with broad strokes, discussing elements common to many of the cards such as mountains and buildings, the suits and numbers, and then details about each individual card. For the cards of the major arcana he additionally delves into their magical applications, useful for those who engage in spell work. The person who recommended this book to me has been reading professionally for 30 years, and I know her recommendation does not come flippantly. I got a lot out of the author’s deep knowledge, and I see that adepts do as well.

As for his goal to cut through the complexity, I give Beyerl mixed marks. He may not include a lot of shorthand, nor assume there is anything such as common knowledge among his readers, but his card descriptions tend to be rambling and anecdotal. That didn’t even get my notice on my first pass through the book — it’s a style that makes the reading more enjoyable — but when I went back to try to use it as a study guide, it fell completely flat. Bullet points and pithy phrases will not teach anyone mastery of tarot, but when I flip to the three of swords entry I would appreciate being reminded at a glance what the major themes are, instead of having to wade through two or more pages of descriptions of each pictorial element to pick out when they are mentioned. The information is not organized as a textbook, for good or ill. There are times when that frustrates me, and others when I’m grateful for the fact.

It may be that the underlying lesson Beyerl brings to the table is that to truly listen is always to learn.

Title: The Symbols and Magick of Tarot 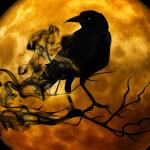 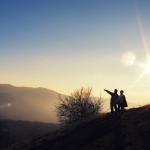 May 10, 2019 Between Two Worlds: A Special Relationship; a Lesson From Hekate
Recent Comments
0 | Leave a Comment
"Could this come from the ancient art of Ogam. Druids would use trees and how ..."
Shanette Strizek Oak, Ash, and Thorn: the Evolution ..."
"It wasn't until I began to practice a higher form of Witchcraft known as Ceremonial ..."
Brenda Keitt The Balancing Path: Scientifically Minded Witchcraft
"Do you believe that people should be allowed to say and do whatever they want ..."
MrFribbles Beyond Binary Witchcraft: In Praise of ..."
"Several people have been 'cancelled' and their career has been ruined in the last few ..."
BrainSync Beyond Binary Witchcraft: In Praise of ..."
Browse Our Archives
get the latest from
Agora
Sign up for our newsletter
POPULAR AT PATHEOS Pagan
1

What Do We Teach the Children?...
John Beckett
Related posts from Agora

Vaccinated: Perfect Love & Perfect Trust
Perfect love and perfect trust requires that I get the COVID-19 vaccine....
view all Pagan blogs
What Are Your Thoughts?leave a comment
Copyright 2008-2021, Patheos. All rights reserved.
error: Content is protected !!