I recently stumbled across a meme on Pinterest that says:

“Instead of saying ‘I don’t have time’, try saying ‘it’s not a priority’ and see how that feels.”

Let’s sit with this a minute. It took me several deep breaths to really let that in. I fought it. Of course I don’t have time. I’m doing everything I can and there are a finite number of hours in the day and how dare you tell me I’m doing anything wrong, internet meme!!! Ain’t nobody got time for that!

Unpacking the meme, though, and my response to it, was eye-opening.

First, a truth: there are only 24 hours in a day. That’s an indisputable fact. At some point, yes, you won’t have time. At the moment when you run out of minutes and the day ticks over, that’s when you look back on what you did do with the last 1439 minutes and know that this last minute is the tipping point of everything you chose to do that was a priority over anything you’ve left undone.

Second, a harder truth: we are constantly making decisions that shape the way our life rolls out.  If you didn’t ‘have time’ to clean the house because you were playing with your kids, that’s actually a prioritization choice (and a wonderful one!). You didn’t prioritize clean counters over happy children who feel loved and cherished – does that make you a bad person for admitting that? Of course not! Fuck cleaning the house.

So, clearly there are a lot of minutes. We can’t spare 5 to 30 for our spiritual well-being? That’s not true. What is true is that we aren’t prioritizing our spiritual well-being. And sometimes, there are more immediate and important needs. Working 3 jobs to pay rent and buy food, loving your kids, or any number of other wonderful human experiences. It’s up to you what’s most important to you.

This idea strongly supports the idea of personal responsibility. Saying “I don’t have time” is a way to wiggle out from underneath the fact that you chose not to do that thing for your friend that you said you would, because it was less important than the other things on your plate. I prioritize work for a living, as an IT Project Manager, so this is my entire existence most of the time. I can’t tell a stakeholder that we didn’t have time for their work. I have to explain that other work took priority based on urgency, value, etc.

I was pondering to myself why I sometimes don’t give enough time to my spiritual well being. I think it’s because I can’t physically “see” the effects it has. I feel them, they’re real, but it just isn’t really something I think about. I’m like Mooch the Messy – I have to see all the things! The value is undeniable, though. And I’m also not always prioritizing valuable items over it. Sometimes it’s checking Facebook in the morning before I go to work. Often in the evening it is Netflix.

For the record, I’m not saying you should always be productive, because we all need a freaking break sometimes. This is more about creating awareness and reframing the narrative to see how that changes things. How is it sitting? What are your thoughts on having enough time, prioritizing your life, and what you find value in? 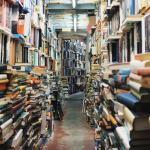 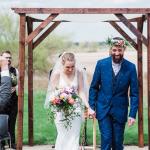 July 17, 2019 Hail From the Hearth: My Heathen-Christian Interfaith Wedding
Recent Comments
0 | Leave a Comment
"Thank you so much, Terrance, for the kind review! I appreciate it and glad you ..."
Madame Pamita Pergamum Unfurled: Review – The Book ..."
"The Halloween Tree and Song of the Sea are wonderful for kids, with more of ..."
Lina Irish-American Witchcraft: 31 Movies for Halloween
"Halloween always sounds so cool in America."
JamieAdStories Outside the Circle: The Dark Legends ..."
"I needed to read this. Thank you so much for sharing this. <3"
Laurie Allen The Corner Crone: The Parable of ..."
Browse Our Archives
get the latest updates from
Agora
and the Patheos
Pagan
Channel
POPULAR AT PATHEOS Pagan
1

The Wiccan Who Was Mean to...
Fivefold Law
Related posts from Agora