I like to ask questions on my social media to open dialogue about a variety of different topics. I find that it’s a fun way to engage with people and to learn about what other people value in their own spirituality.

Recently I asked my friends on Facebook to name their three favourite witchcraft authors and as expected the answers were fascinating. In fairness I decided I should probably answer the question as well, and I’d love to hear more people listing favourites in the comments.

When I asked the question I intentionally made it open ended, not limiting or defining the parameters. People responded with everything from Pratchett to Crowley, from Gemma Gary to Starhawk.

I’m going to give my own answers just as broadly because I believe that sometimes the sources that inspire our spirituality can be diverse, so I will simply list the authors who write about witchcraft that I have found the most valuable whether they wrote one book or several. I’m also going to cheat a bit, because I can, and give my top 5 rather than my top 3.

These are all authors whose books I can read and re-read and who I feel were essential in shaping who I am as a witch today. Not all of them would call themselves witches or were writing from that perspective and they cover a very diverse array of material, but they are all pivotal to me and I think when looking at a list like this that is what matters. It’s about what their writing means to me on a spiritual level.

A bit controversial in some places: I certainly wouldn’t take Leek’s writing as entirely historically accurate and it is without a doubt a product of its time. All that said reading Diary of a Witch in my teens was essential to me. It was my first hint that there was more to witchcraft than just the publicly available (at the time) books on Wicca. Leek’s witchcraft was more intuitive and primal than the rigid approach presented by Buckland in his ‘big blue book’ or the wide ranging approach presented by Cunningham. Reading her Book of Curses about a decade later was also enlightening and helped broaden my perspective.

I read O’Brien’s Irish Witchcraft From An Irish Witch in the mid-00’s when it came out, and that as well as the later book A Practical Guide to Irish Spirituality: Sli An Draoi and found both to be essential in shaping my personal practice.

But prior to reading Irish Witchcraft From An Irish Witch I had always kept my CR and my witchcraft compartmentalized, something that caused me a lot of unhappiness if I’m being honest; it was this book and its follow up that began opening my eyes to the idea that it was possible to find a respectful way to blend all of the aspects of my spirituality into a cohesive whole.

I’ve never made a secret about my being part of the Goth subculture and I’ve written before about some of the challenges this can present for me in the wider pagan community. Running across Raven Digitalis’ books Goth Craft and Shadow Magick Compendium made a huge difference for me in my spirituality by allowing me to see a way that my lifestyle/aesthetic could be a part of my spirituality.

Prior to that I had compartmentalized the two but I am a lot happier having seen a way to bring them together. I think prior to understanding this author’s approach I was always worried that combining Goth and witchcraft would play too much into stereotypes I was already being accused of embodying; after reading the books I didn’t care anymore.

Around 2010 I attended a fascinating workshop by Kirk White where he mentioned a book by Paul Huson called Mastering Witchcraft. In my experience books written in the 1970’s can be extremely hit or miss in their value but I found that Huson’s work had a lot of value for me. It is a wilder, more intense form of witchcraft than what is found in most books today and that, quite frankly, appealed to me. I also read it at a very pivotal time in my own spiritual journey and make a habit of re-reading it frequently.

Emma Wilby was the main resource that helped me transition into the current form of witchcraft I practice because Wilby’s writing, although aimed at an academic audience, offers vital keys to the connection between witches and fairies. Things that I was doing intuitively, from personal gnosis, or based on the barest hints in other material suddenly became clear because of Wilby’s books, particularly her 2005 work Cunning Folk and Familiar Spirits. It gave me a template to move forward with my own practice with more confidence.

All of these books not only provided me with wonderful insight and information that I incorporated into my own practice but they also inspired me. They gave me more confidence to move forward with my own witchcraft even when it was different from the mainstream. They spoke to me on a deeper level in ways that made my own beliefs richer and stronger. And that’s why they hold a special place on my bookshelves.

I could just as easily keep going and list 10 or 20 favourite authors but I think 5 gives a decent perspective on the authors I draw from. Some academic, some older, some contemporary. I believe that such diversity is a strength in my own practice. Later I may make a similar list of books about fairies that have shaped my personal approach there as well. 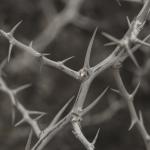 July 10, 2019
The Corner Crone: Harvesting the Brambles
Next Post 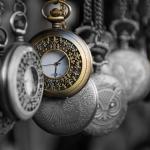