. . . But So Are Psychic Experiences

Spiritualists who exist outside of mainstream monotheistic religious structures are quick to face harsh skepticism. Many people who believe in angels and demons laugh at the idea of fairies and unicorns existing on spiritual planes. Others who believe in resurrection scoff at the idea of reincarnation, and still others who think god is a literal man in the sky refuse to believe in psychic and paranormal experiences.

Millions have seen the videos of scientists and journalists outing fake psychics and embarrassing self-proclaimed psychics who couldn’t perform a particular feat. This work of accountability is important. However, to use this footage to dismiss the existence of psychic phenomena altogether is a foolish mistake.

In one Vice article, a journalist tricked four psychics by asking them to do a reading concerning her nonexistent sister. None of the psychics picked up on the lie, and after sharing details concerning a non-existent person, they were all confronted.

One psychic said that there was a spirit around the journalist at the reading anyway, another said that the energy she felt was from the picture shown to her of the fake sister, as the person in the picture was still real, and one said she had known despite going along with the lie.

Youtube is littered with psychic cringe fail compilations and they do make great, and cringeworthy, entertainment. The video above shows moments where psychics get things wrong, including one clip of Laurie McQuary, an apparent con artist who was hoaxed by a journalist in a fake missing person case. McQuary told the police and the people who she believed to be parents of a missing girl that their child was murdered. That child never existed.

In two other clips, famous psychic Sylvia Brown tells the parents of missing children that their missing kids died, when they were actually both later found alive. It’s fair to assume that many people may have believed Sylvia, which would have undeniably had a negative impact on the searches. People aren’t actively looking for someone they think is dead.

The video features other famous psychics like Teresa Caputo and Derek Acorah making mistakes in front of live audiences. In one clip, three self-proclaimed mediums pretend to channel a made-up spirit using incorrect information they found online, apparently without even doing research to verify it.

Another clip shows ten of Australia’s top psychics on a show where they were taken to a heavily-wooded area and expected to use their abilities to find the escape helicopter. All of them failed.

One scene pictured a psychic who claimed to be able to use the power of psychometry — the practice of obtaining psychic information through touch — to tell about an object’s origins. All of her conclusions about the items were false.

What does this mean for so many pagans, witches, metaphysicians, mystics, paranormal truth-seekers and spiritualists? Has a fundamental belief in psychic abilities been disproven?

These videos and cases are met with myriad foolish excuses and a few seemingly reasonable ones. One could say trying to focus in on one person’s energy in a room full of a live audience might reasonably be a very difficult task. The false psychometry reading could possibly be explained by the assumption that since nobody is right all the time, a psychic is bound to also make mistakes. As for the lies about missing children and the inability of 10 psychics to locate the helicopter — I can think of no excuse.

And yet still, off camera millions of everyday people the world over claim to have psychic, spiritual and paranormal experiences that defy all logic. I am proud to count myself amongst them. Mostly, these individuals are not liars or fools and their experiences should not be invalidated.

I have seen local psychics whose predictions were off and ones whose predictions were accurate, and it is true that most psychics are going to deliver predictions in a positive manner. Good, truthful psychics often act as counselors, not only pointing out problems but helping you positively work through them. They want the experience to be positive. Predatory muggles who pose as psychics may only tell you what you want to hear. Unfortunately, telling the difference can be very difficult.

I have spent years interviewing various metaphysicians. Am I to believe they are all scam artists? That they are delusional for their spiritual beliefs but ‘conventional’ preachers and monks aren’t?

I once in seventh grade closed my eyes and saw a scene play out in my mind about 20 minutes before it happened in class. Just a few years ago I was meditating and encountered a spirit which I never heard of, only to google its characteristics and learn that it was a historically documented entity. Another time, around a year later, my Wiccan friend was visualizing a light orange orb which I saw in my mind’s eye without them originally speaking about it.

Countless spiritual people have these types of stories and more intense ones, and so do countless people who are or who otherwise would be skeptics. I don’t know why psychics fail these tests, and I don’t know which psychics are scammers and which aren’t, but I know my own experiences, and I know that psychic experiences are indeed very real. 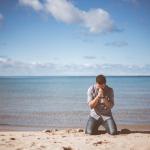 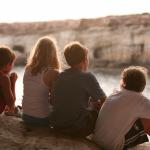 July 8, 2019 Druid in the City: Making Connections
Recent Comments
0 | Leave a Comment
Browse Our Archives
get the latest from
Agora
Sign up for our newsletter
POPULAR AT PATHEOS Pagan
1