A lot of people are afraid of horses. Almost all horses are wary of people, whether it’s obvious or not, yet people and horses can overcome those fears and have friendships. This analogy isn’t perfect when we are talking about humans and the Celtic horse goddesses Epona, Macha, and Rhiannon, but there is still something to be learned from an understanding of how horses feel, how they approach things.

If you are already in relationship with one or more of these goddesses you may not need this information, but it still might ease a few puzzle pieces into place. If you are just making tentative steps toward one of Them, I hope this will be helpful. Of course, it’s just my opinion and my experiences. I don’t have all the answers.

Most horses approach anything unfamiliar in a series of steps, sometimes called approach and retreat. They go toward the object, stop and think about things, possibly back up, then a bit further forward, hesitate again, etc. If that object isn’t moving, the process usually doesn’t take too long. If it’s another horse, that horse will be going through the same steps, and the two horses will be signalling information back and forth via body language. What happens next depends on too many variables to go into, and again, the comparison between what horses do and what deities do only goes so far, but this basic behaviour is useful to understand.

Looking back, I suspect Epona was calling me for most of my life. I don’t know exactly how it began because it was very subtle. I had a strange encounter with a mysterious and friendly white horse very early in my Pagan explorations, at a time when I didn’t really have much experience around horses. Looking back, I think it was a signal – or maybe I was being checked out – but I didn’t get it at the time. As sometimes happens with calls from deities, there were synchronicities. I started seeing the name Epona everywhere. I started working with horses, owning horses, having my life changed by them. Eventually, I had a vision of Epona. I wouldn’t say it was a call, because I sought the vision, and it was granted with an air of “Yes, alright, come on, then.”

Later, I approached Her again and said that if I was given a sign I would make certain vows. The sign was clear and tangible, which was handy, since I hadn’t had the sense to say what kind of sign I wanted.

It only took me a few minutes to describe the above, but the process took many years. Part of that was due to my inexperience, and to having been vague about my Pagan faith for a long time. I considered myself Pagan but didn’t really do an awful lot about it!

People often tell me that they have been wondering about Rhiannon or Epona. Maybe they’ve tried to reach out, but feel they’re not getting anything back. Or maybe they thought they heard a call, they tried to answer, but then things seemed very quiet.

I can’t tell you for sure what’s going on, whether you’re being called or having your call answered, but I would say that horse goddesses can do a long and subtle dance with you before they make things clear. You have to show interest, but you also need to use tact. Coming on too strong can send them galloping away. They will probably check you out repeatedly, incrementally, and will appreciate you doing the same with them. I suspect that they will also be watching how you relate to other deities, to nature, or to horses. (That doesn’t mean you are required to have a hands-on relationship with horses.)

My connection with Rhiannon began differently. Someone suggested to me that I work with her, and I was a little sceptical. I decided to read the Mabinogi, and then decided to add a short prayer to Her to my daily devotions. The relationship has strengthened over the years until now I feel Her presence strongly at times.

I had always avoided Macha. I don’t see myself as a warrior, and the Morrigan doesn’t attract me. However, Macha’s name, and Macha’s myths began to come up a lot. Not surprising when I was so interested in Epona and Rhiannon, I suppose. With Her, it seemed I only had to show a bit of openness and She sought me out. It was like She knocked on the door, I opened it a crack to see who was there, She inserted her foot and strode into the room. With an agenda. I feel completely comfortable with that, now that I know Her better.

I can’t say whether I would have formed that relationship so quickly, though, if I’d gone looking for Macha ten or twenty years ago. I certainly don’t think that I was ready for it. I get the feeling that deities may be quicker to get into relationship with people who have demonstrated their ability to honour and serve other deities, than they are with novices. If that’s the case, then it would make even more sense with horse goddesses.

If you are at the beginning of this subtle dance with one of the horse goddesses, how might you proceed? Be steady and rhythmic in your approaches. A little offering or act of devotion once a day, or once every full moon. Send out your question or invitation, listen for a response, but don’t be impatient. Less might be more. With horses it’s about gaining trust. That might seem strange where a deity is concerned. What have They to fear from us? I have some theories about that where horse goddesses are concerned, but that will have to wait for another time! 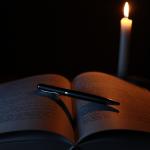 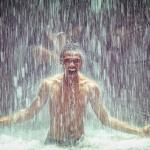 August 7, 2019 Druid in the City: This is My Lammas
Recent Comments
0 | Leave a Comment
"I had a dream this early morning that I had intercourse with Anubis. It was ..."
Maddie Reed Of Light & Shadow: Messages & ..."
"I love your Anubis articles so much - they've helped me tremendously as I go ..."
Misha F Of Light & Shadow: Connecting with ..."
"I'm glad there will be 25,000 troops on inauguration. What went down Jan. 6 was ..."
kenofken Between Two Worlds: Chaotic Beginnings, Covid-19 ..."
"So glad you commented on a year-old blog post to share your compassion-filled, edifying, and ..."
MrFribbles Beyond Binary Witchcraft: In Praise of ..."
Browse Our Archives
get the latest from
Agora
Sign up for our newsletter
POPULAR AT PATHEOS Pagan
1