The Sound of the Universe

I’ve always been a writer. Even when I traded writing for painting back in college, I was still a writer. I was a writer at eight, dead-set on writing a book about the dog I walked for the neighbor. At eighteen, I was reading horrible poetry to strangers in a coffee bar. I was a writer then, too. Regardless, I had gone years without writing much at all. When I found my way back to witchcraft, I found the magick in words again.

Om, according to Hindu belief, is the sound of the universe. The vibration that holds everything together. Om is that sound you hear someone make before and after a mantra. It’s a pretty popular symbol for a lot of yogis too. I love the idea of Om.

Here we have this one word, a sound really, and all the power of the universe resides inside of it. Like a connection to the spirit or source, Om allows the speaker to tap into the vibration that holds all matter together. I’ve often thought Om was the word the Bible says the God of Abraham spoke in the beginning when he “created everything”.

I mention this to make a point about the power of one’s words. Words create our reality. Each word I type out now is a creation, a beginning. Whether I’m writing fiction, memoir, or about my practice, I’m creating a solid record of something. And when you read that record it becomes real for you as well.

What’s in a Word?

Words are odd; letters are as well. I mean, look at the world population and consider the difference in the English letters compared to the Russian or Chinese ones. Words are just as tricky, even in just the English language.

I live in the Deep South of the United States. I’m from Philadelphia originally. Back home, where I come from, if someone says “Bless your heart” they are being genuinely kind. Down here in the South, not so much. However, in Philly, “You good?” Can mean up to ten different things depending on the connotation or intention of the phrase.

This is the power of a word. It’s not really letters thrown together arbitrarily in order to make sounds others understand. No. Words are a spell. The simplest and most direct spell a person can cast, regardless of whether they are magickal or mundane.

There are a lot of studies on how “positive” and “negative” words affect things, like plants and even the formation of ice. Empirical evidence is evidence nonetheless so I accept the results of these studies, mostly. That said, when you’re aware of the power of your words, you have a responsibility to choose your words wisely.

The Road to Hell

Intention is everything. A clear intention and excellent wording can make a spell quite powerful. On the other hand, weak wording and clear intention could cause a spell to backfire. Both spells could produce equally powerful results. The thing is that when you work a spell you obviously want the results you were aiming for.

So, let’s say you endeavor to make more money at work. With a clear intention, direct and precise wording, you may just get that raise you’re after. Conversely, if you have all the intention and spell-work planned just right but you can’t seem to word things very well, you might walk away only finding a random quarter on the ground.

I’m not saying that you have to be a master wordsmith in order to make your magick work. I am saying, however, that careful awareness is key when writing out your intentions and incantations. Otherwise, yeah you got what you asked for, but only sort of, and kinda not really.

My point is that in order to really gain results, words and intentions must align perfectly.

Word to Your Mother

I am a Hekatean witch. I never worked magick that worked until I found this goddess. After finding Hekate I stumbled upon Cyndi Brannen’s blog. I read, and read everything she had written. I wanted to understand the goddess. After all, she showed up for me a little more than a year ago. This is more than most any deity has ever provided for me.

I dove deeper by joining her Facebook group and my journey was underway. It was there that I first learned about epithets. But I was like a child trying to read the DSM. Not much made sense to me. I attempted a jar spell with little success. But I continued to learn.

It wasn’t long before I was led to a few lists of epithets for Hekate. First it was Mat Auryn’s list. Then it was Sara Neheti Croft’s. I found the latter one to be more comprehensive with information on where the epithet originated. Being able to read the original text changed my spell game in new and profound ways.

Epithets are like descriptors for the role a deity could play in the work that you are working. In the case of Hekate the epithets are plentiful. The usefulness of a single epithet can vary from cord cutting to healing, if you word your petition just right.

When crafting a spell, for me, it is crucial that I do the research necessary in order to get optimum results. What this means is that I must understand the epithets I want to use.

Let’s say I want to drop a bad habit like gossiping. In order to work my magick correctly, I need to know a few things. For instance, it is commonly recognized that the waning moon is a great time for banishing, binding, and cutting cords. Basically, it’s excellent for letting things go.  Another important thing to know would be what epithets are good for my work.

Since I work with Hekate I am fortunate enough to have many options in epithets to work with. Since she is typically portrayed as having aspects of three, I tend to enjoy using three epithets at a time.

Borborophorba works because for me gossip is filthy and I would like to offer it up to be devoured in this case. Psychopomp, because not only does my soul need guidance away from gossiping, but also because I can offer up the behavior to be delivered into the underworld, where it is no longer a part of me. Finally, Meisoponeros because gossiping is a vice, and what better aspect to work with in this situation.

A Word to the Wise

At the end of the day, however you choose to word your work is likely right for you. If you feel your way is best, I am by no means qualified to say otherwise. I think the best avenue to take in spellcraft is to trust your intuition. As long as you’ve done the work and carefully considered your process, things should go smoothly.

If you have a trusted witch friend, teacher, mentor, or group of witches you can turn to, it is always okay to run things past them. Should you choose to do so, I would only advise that you do your due diligence first. By this, I mean research. After all, no one wants to be a lazy witch. 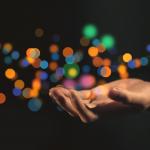 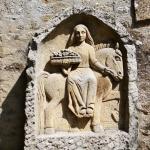 August 7, 2019 Pan-Celtic Hoofbeats: Horse Goddess Calling?
Recent Comments
0 | Leave a Comment
"Yes, thats why its called Patheos: Pagan. Patheos is a multi belief website with blogs ..."
Michelle Gillian The Dance of Pagan Recovery: Welcome ..."
"Simply vile and disgusting how a supposed catholic website or blog is fooling its readers ..."
Luis rodrigues coelho The Dance of Pagan Recovery: Welcome ..."
"What's kind of kooky about being disabled and invisible, or different and invisible, is that ..."
JenniWest The Corner Crone: Why Are You ..."
"This really sounds interesting. Health is so important."
WildestSea The Corner Crone: The Witch’s Guide ..."
Browse Our Archives
Related posts from Agora

Pagan
The Corner Crone: The Modern Witchcraft Guide to...
Agora