You might be asking yourself: what do gender dysphoria, death and Samhain have in common? For a lot of my readers, nothing. But for those of us who are transgender it can sometimes mean the difference between life and death. Especially at this time of year when we observe Samhain in the pagan community.

Yes, the veil is thinning again. The Wheel of the Year keeps turning. For some of us it has stopped. With Samhain rapidly approaching my thoughts have been with we who have suffered with what until 2013 was called Gender Identity Disorder (GID).  Every year at this time and way into November, I remember our transgender dead. A lot by murder, but way more by suicide. About 40% of us who identify as transgender have attempted suicide in our lifetime.  Too many have succeeded. Yes, I have been there, tried that. Thankfully I didn’t succeed.

To be able to legally transition from what we were at birth to where we needed to be, at that time in our lives, and get the estrogen and other hormones we needed to accomplish that, we first had to get diagnosed with a mental illness. According to the Diagnostic and Statistical Manual of Mental Disorders (DSM) back then, we first had to undergo psychiatric therapy by a certified gender therapist.

In early to mid 2003 I went through a very bad period of gender dysphoria. I was stuck in a marriage that shouldn’t have happened. I wasn’t “out” except to only very select friends as transgender or pagan. Definitely not my wife. I had problems with my business. Suicide reared its ugly head again. At the time I was a member of Chicago Gender Society, and asked some of my friends what they thought I should do. One of them recommended a gender therapist in Evanston, IL that she was using.  I contacted the therapist and made an appointment to see her. That was to change and save my life.

Looking back, I’m glad I made the decision to get therapy for my gender dysphoria. Over the course of several months with therapy I was better able to cope with the problems it had caused me. One benefit was that after my therapy I was able to progress more safely in my transition and legally get the hormones I needed. Before that, I had got estrogen via the Internet. One product I took gave me jaundice, turning my skin yellow. Forget that one.

With support from my select friends I did “come out” to my wife. That was to end in divorce less than a year later. It also had some repercussions in our business, as my wife, who was a co-owner, “outed” me to a lot of our employees. Most of them had real problems with it. A couple employees,  including her first cousin, really didn’t have a problem with me. Part of their acceptance of sorts was that a couple of them were gay.  It helped that I was taking my hormones and, until the business finally closed in January 2017, I chose not to present as female at work. Compromise with my employees did work out. Live and let live. Any thoughts of suicide for me did not rise up again. Thankfully.

On May 18, 2013, about 10 years after I was diagnosed with Gender Identity Disorder (GID), the DSM published its fifth edition. GID was  removed as a mental illness. It was at that time renamed as Gender Dysphoria. I still believe in therapy, even though now to get hormone therapy all one needs to do is sign a letter of informed consent from a licensed physician. My personal opinion is that anyone who is going down that road should do research on the effect of hormones on their own body. It’s not a panacea. Not all insurances cover hormone therapy or getting reassignment surgery. Does this stop all suicides or attempts? Unfortunately no. There are many things that enter into anyone taking their own life. Society needs to work at getting better at suicide prevention. Stopping hatred will help.

I am one of the fortunate ones who lived to see my life through to total transition, male to female. You may remember the article I wrote about that here.

I’m not fond of Samhain. For me, I remember too many transgender women and men who have either committed suicide, or been murdered for living how they needed to live. Instead of remembering my ancestors, I will be honoring those of us who are no longer alive at Samhain.  This honoring goes into November for me.  November 20th of every year is the Transgender Day of Remembrance, TDOR.  I will be at Circle Sanctuary with Selena Fox, our Spiritual leader, that day to participate in our ceremony to honor those dead by reading the names of those transgender people who have died in the past year. For me, The Wheel of the Year needs to be called The Wheel of Life Someday for us who are transgender. 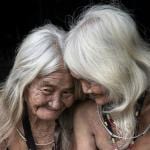 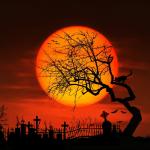 October 23, 2019 The Corner Crone: Samhain-palooza and Expectations
Recent Comments
0 | Leave a Comment
"This sounds really interesting. Thanks. I love witchy book reviews. Books are always a wonderful ..."
WildestSea The Corner Crone: The Hedgewitch’s Little ..."
"These are great gift ideas! Useful for any occasion."
WildestSea Phoenix Rising: Last-Minute, Easy Yule Gifts ..."
"I read an article about not giving gifts to adults at Yule and other occasions. ..."
I. H. Hagar Phoenix Rising: Last-Minute, Easy Yule Gifts ..."
"Such an interesting read!"
Patti Annelle Patten Pan-Celtic Hoofbeats: Horses of the Dark ..."
Browse Our Archives
get the latest updates from
Agora
and the Patheos
Pagan
Channel
POPULAR AT PATHEOS Pagan
1