Dance of the Maenad: Why I Left, and Why I’m Back

Hey everyone – long time no see.

Suffice to say I had a crisis of community, as opposed to a crisis of faith. There have been some issues running rampant through the greater pagan culture that have kept me away. I’m far from the first to say it – in fact, many (many, many) people have left the community because of these very issues, and  to a degree I’m one of them. But we shouldn’t have to leave because we won’t tolerate racism, transphobia, misogyny, and abuse – we’re not in the wrong.

This is why I left.

I’m going to say it, and no one’s going to like it: we, as white people, have colonized religious practices that our ancestors outlawed and punished by death. From rootwork and conjuring, to “smudging”, to chakras and tantric meditation, to shamanism, we have stolen systems, beliefs, and practices that our governments have killed people for in the recent past – the people these things actually belong to.

Our ideas of “black magic” and “white magic” are heavily steeped in racism and anti-black history. Workings from African traditional religions (ATRs) have been demonized and intentionally misunderstood by witches who claim those practices are evil and dangerous, while their “white magic” is safe and beneficial.

Because I am not affected by these issues, I can’t go into great detail – there are many people of color who have described it much better than I could. Read and listen to their words. We need to do the work, decolonize our practices, and make our communities wholly infertile to racism.

Pagans seem to pride themselves on being welcoming and open-minded, and indeed many are. But even the most accepting of people are subject to absorbing the rather overt cissexism in our communities. One contributor is our propensity for splitting rituals up by gender, from rites of passage to general ancestral honorings to wheel of the year celebrations.

Often, when we draw these lines, they’re based on assigned sex and wholly unforgiving, particularly to trans women. It’s extremely common for me to see “women’s retreats” that make it known only cisgender women are welcome, especially by their uncomfortable focus on the potential “womb” aspect of womanhood. Not only is this hurtful, but it keeps our most vulnerable women shut out of conversations they deserve to be in about experiences they’ve had as well.

Drawing a line straight down the middle also leaves no room for those of us who don’t fit into the gender binary. If you’re not a man or a woman, where do you go?

I understand wanting a safe space to talk about painful experiences, which is often the touted goal of these sex-separated rituals and retreats. But if you don’t feel safe with the men in your spiritual community, perhaps that’s the issue that should be looked at. Which brings us to…

Paganism, for the most part, has a “free love” philosophy that sounds great in theory, but makes our spaces unsafe in practice. The belief that pagans are inherently sexual and inherently interested in polyamory and/or casual sex is widespread and harmful. The (true) sentiment that sexuality is natural and healthy is used to excuse those who leer at those who choose to go skyclad (usually older men, leering at younger women – at least in my experience of being a younger woman). Overall, it is a culture that benefits abusers and aggressors, and makes it much harder for victims to speak up about behavior that rightly makes them feel uncomfortable and unsafe.

And then there is the matter of certain lineages, covens, and groups maintaining initiatory practices that require initiates to engage in sexual intercourse with the (often self-appointed) leader. We’ll get into that in just a minute, but keep in mind that any group that requires this is one you should run from.

We are people who want to believe the best in others. Unfortunately there are many among us who don’t deserve the benefit of the doubt, and in fact use it to continue their hurtful behavior. We are too forgiving of abusers who won’t hold themselves accountable for their actions and view boundaries as negotiable.

Narcissists in Positions of Power, Cults of Personality

The lack of oversight and organization when it comes to pagan communities and leadership titles means that anyone can be anything. This is very attractive to narcissists seeking power. They can claim an entity granted them “special knowledge” and this title. These people are often charismatic and can make themselves sound much more impressive, knowledgeable, and safe than they actually are. They have no problem starting a smear campaign against anyone speaking against them. Members are polarized by loyalty, and anyone who questions the leader is shunned.

What’s to stop someone with nefarious intentions from creating a group and appointing themselves High Priest/ess, requiring servitude, sex, and/or undying devotion from initiates or members?

Nothing but the members of their community. And in all honesty, I’m not impressed with our ability to see and properly handle these types of people.

Why do we let charismatic cult-leader types continue on with manipulating people into doing things they don’t want to do? Why don’t we question it if many people come forward about an individual making them uncomfortable? Why do we quietly send offenders away, instead of making everyone in our communities aware of the danger they pose? Why do we make it easier for abusers to hop from one community to the next every time they’re caught and banned?

I think part of it is that we don’t want to give pagans a bad name. We don’t want “mainstream” people, for lack of a better word, to immediately think of these types of people any time they hear the word pagan. We don’t want to shrink our already limited communities.

But we cannot continue to prioritize our reputation over our vulnerable members and the overall health of our communities.

These issues become bigger the longer they go unaddressed. If those of us who won’t abide by these behaviors leave, the only ones left are offenders and those who are willing to tolerate them. Is that what we want for a community?

That’s why I’m back. 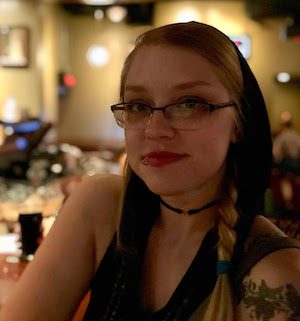 About Hannah
Hannah is a witch of divine revelation and devotee of Dionysus. Her practice is largely focused on ecstatic trance, ritual, faery walking, and honoring the natural world. She owns an Etsy shop called Hannah Of All Trades, where she creates ritual candles, prayer beads, and magical art. Hannah is heavily influenced by the work of Brian Fround and Jessica Macbeth, the ocean, baneful plants, and her time spent living in Iceland. She can be found on Instagram @hannahofalltrades. You can read more about the author here.
Previous Post 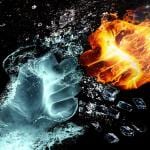 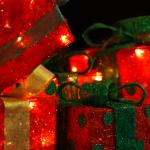 December 11, 2019 The Corner Crone: Holidays or Wholly Dazed?
Recent Comments
0 | Leave a Comment
"Hospitality is a cornerstone of Heathenry, and I include Druidry, Asatru, and other Northern European ..."
K. W. Hammes Druid in the City: Druidic Thoughts ..."
"While I absolutely agree with the spirit of your comment, individual mental health capabilities should ..."
Laurie Between Two Worlds: Dark Moon, Tarot, ..."
"My mentor once told me, when I asked about fairies that when he was young ..."
David Hogan Irish-American Witchcraft: Why the Roots of ..."
"The Facebook thing has many facets but the political Facebook thing is about freedom and ..."
JenniWest Between Two Worlds: Dark Moon, Tarot, ..."
Browse Our Archives
get the latest from
Agora
Sign up for our newsletter
POPULAR AT PATHEOS Pagan
1