At this time of year, particularly in America, we are just about at the tippy-top of the Great Roller Coaster of Rampant Christmas Consumerism, on the brink of free-falling with frightening speed through ubiquitous Christmas carols, relentless Christmas advertising, and frenzied Christmas-centric glitz and glam. So shiny! So new! So. Many. Presents. They. Want. You. To. Buy.

If you’re like me, you generally try to avoid the shopping malls at all costs, say, from the end of summer until past the new year, but honestly that hardly puts a dent in the Christmas onslaught. From the grocery stores to the gasoline stations all is merry and bright and oh by the way here are some items you might be interested in purchasing and have you seen this latest and IT’S ON SALE and and and . . .

A little goes a long way and a lot, well, a lot – which is what Christmas has morphed into – for many of us witches and pagan folx, is simply far too much. We tend to be about a different kind of abundance, the kind that isn’t often found in stores. A Whoville sort of take on abundance that can sometimes be hard to hang on to while the Christmas Machine surrounding us grinds on and on.

So, how to ground yourself this Yuletide?

Think in terms of the Earth, the Air, the Fire, and the Water. These elements can be used as talismans to center yourself during this over-wrought season of excess.

Carry a grounding stone with you. This can be a piece of jewelry, a stone carried in your bag or in a pocket, or a sliver carried in your wallet. Black tourmaline and snowflake obsidian are just two of several great choices for cleansing negative energies.

When you find yourself unexpectedly snagged in an over-bright, over-noisy hyper-kinetic commercialized space, slip your fingers around your stone and visualize its grounding properties creating a still, small energetic space just large enough for you to inhabit. Yes, you’ll still be surrounded by chaos, but you’d be surprised how calm you can become simply holding your stone and breathing. Which brings us to . . .

Your spells are charged by the very air you breathe. We all learned in grade school science classes that we breathe in oxygen and breathe out (mostly) carbon dioxide. In a real sense, this is transmutation. How scientific and how magical! (Yes, Virginia, it can be both!)

Even if you don’t whisper a little spell or charm, the very act of breathing intentionally – deep inhales through your nose and long exhales through your mouth, then reversing the process – can be an effective method of centering and self-soothing. So simple, and so often overlooked.

Rubbing your hands together helps draw more blood to them, which can in turn draw blood away from other parts of the body that may be experiencing tension, as in an incipient stress headache. Of course, the friction created between your hands won’t start an actual fire*, but that friction does have an element of heat – and heat is an element of fire.

Drink more water. I carry a large bottle of water with me everywhere. When I feel myself starting to go off-balance, I stop and take a good long drink. For one thing, the act of drinking water requires a shift in my focus, which can serve to interrupt my response to whatever stimulus I may be experiencing as overwhelming.

One of the benefits of staying hydrated is that, according to Medical News Today, “it cushions the brain, spinal cord, and other sensitive tissues. Dehydration can affect brain structure and function. It is also involved in the production of hormones and neurotransmitters. Prolonged dehydration can lead to problems with thinking and reasoning.” Drinking water can also help maintain blood pressure, which is beneficial when you’re starting to feel over-stimulated.

The Earth, the Air, the Fire, the Water – sound too simple, too mundane to be magical? I’d encourage you to think again. I would remind you that the elements can be and often are considered mundane. And the ways we choose to interact with those elements? That’s when the magic can start to happen. A little practical magic can go a long way toward creating energy that is transformational, and what is magic if not transformative?

* On the other hand (see what I did there?) if you can start a fire by rubbing your palms together, let me know! 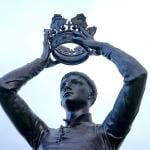 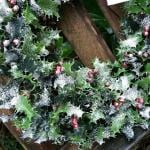 December 12, 2019 The DruWitch Way: 3 Magickal Things To Do With Holly This Christmas
Recent Comments
0 | Leave a Comment
"Could this come from the ancient art of Ogam. Druids would use trees and how ..."
Shanette Strizek Oak, Ash, and Thorn: the Evolution ..."
"It wasn't until I began to practice a higher form of Witchcraft known as Ceremonial ..."
Brenda Keitt The Balancing Path: Scientifically Minded Witchcraft
"Do you believe that people should be allowed to say and do whatever they want ..."
MrFribbles Beyond Binary Witchcraft: In Praise of ..."
"Several people have been 'cancelled' and their career has been ruined in the last few ..."
BrainSync Beyond Binary Witchcraft: In Praise of ..."
Browse Our Archives
get the latest from
Agora
Sign up for our newsletter
POPULAR AT PATHEOS Pagan
1